Get an In-Depth Look at Your Computer and Peripherals with HWiNFO: A Time-Tested System Information and Diagnostics Utility

TL; DR: HWiNFO is a professional information and diagnostics utility that provides users with detailed hardware analytics — for free. The powerful system tools, trusted by NASA, equip users with extensive real-time monitoring, analytics, and reporting for both Windows and DOS. With a modernized updates and feedback-based improvements on the way, HWiNFO is making it easy to analyze hardware down to the finest detail.

Decades ago, in the age before the internet, a young programmer named Martin Malik became fascinated with Norton System Information (SI), a benchmarking utility used to measure computer performance. At the time, there wasn’t a large selection of computer utilities and maintenance software available, which made the program stand out.

“I became very curious about how it was possible to access and control hardware through software,” Martin said.

Eager to learn more, Martin researched the software thoroughly before beginning to develop his own DOS program for detecting hardware components and their parameters. With no internet access and few hardcopy documents on the subject, this was no easy task. Still, he pressed on, discovering that some components were more difficult to detect than others, requiring special tests to distinguish minor differences in behavior. 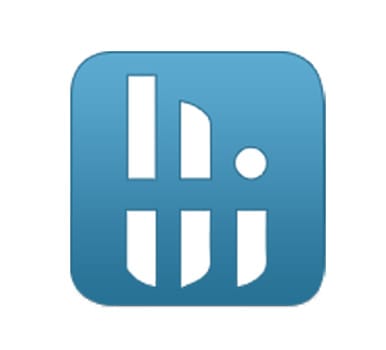 At the same time, Martin’s friends began to purchase PCs — a luxury back then — and they allowed him to test his software on their machines. As Martin’s application evolved, so did his needs. “I became involved in work that required me to determine the true configuration of various machines; there were lots of them and not enough time to open all the cases to determine the configurations,” he said. “So I started to use my program, and it proved useful.”

In 1995, convinced that it would also be of value to others, Martin released the utility program publicly, and HWiNFO was officially born. Since then, the program has grown by leaps and bounds — transforming from a DOS-only application to a comprehensive hardware analysis, monitoring, and reporting tool for Windows.

Today, HWiNFO allows its user base — which includes professionals at NASA, AMD, Intel, DELL, ASUS, and MSI— to examine hardware components down to the most minute detail. Now, with a modernized, more flexible GUI in the works, HWiNFO is ensuring that generations to come can get an in-depth look at their hardware and peripherals.

Examine Your Hardware Down to the Finest Detail

HWiNFO first gained traction through digital messaging tools called bulletin board systems that enabled early online communities to interact. By this time, Martin also had access to the internet via his university, allowing him to collect priceless user feedback.

“Lots of features were developed blindly, without direct access to various computer parts, since many of them were expensive, and I couldn’t afford them,” he said. “Development required a lot of analytical and predictive skills.”

Through the years, Martin’s goal has always been to provide up-to-date software that supports the latest technologies and standards. So by 1999, when most users were running Windows, he decided to create an additional version of HWiNFO that featured native support of the Windows NT kernel and was also compatible with Windows 9x.

HWiNFO’s diagnostic software is intended to deliver the most accurate and detailed information possible.

HWiNFO entered its next major phase when sensors hit the market, allowing programmers to monitor temperature, voltage, and fan speed. Martin said the technology brought forth fascinating opportunities as well as challenges that persist today.

“There is no standard for sensor monitoring and reporting, so each vendor uses his own methods, which often require a specific understanding and handling of each sensor,” Martin said. “For example, a mainboard can contain several temperature sensors, but its layout is not exposed anywhere. The software can read values of those sensors, but it has no way to automatically determine their locations or meaning.”

Since HWiNFO’s goal is to deliver the most accurate analytics possible, Martin must constantly gather extensive information on every piece of hardware, every mainboard and its sensors, the latest technologies, and current standards. “This is a very tough job, which often requires direct cooperation with all hardware vendors,” he said.

With time, many users began to rely on sensors for system diagnostics, but a lack of standardization made analytics difficult.

“Instead of relying on dozens of vendor-specific tools supporting only their own hardware or only certain system components, an all-in-one tool was needed,” Martin said. “This is where HWiNFO comes to play — it offers a unified sensor-monitoring solution supporting the broadest range of systems, interfaces, and implementations.”

Of course, HWiNFO provides much more than just sensor monitoring. The software also provides precise information on all hardware components, accurate monitoring of all system components, and extensive reporting tools. And because Martin has put years of work into development and cooperation with vendors, he says the industry at large has begun to recognize and trust HWiNFO as somewhat of an inside party.

“HWiNFO supports the latest components, technologies, standards, and — thanks to cooperation with most major players — it supports several systems ahead of launch,” he said. “We are now part of the industry ecosystem; involved in the development process with early access to information.”

The software is also known for its ease of use and flexibility. It can provide a quick summary of the most important features or relay intricate details about all components in a system. Because HWiNFO is used to monitor systems on a consistent basis, it’s essential that the application interfere with the system as infrequently as possible.

“Low memory and resource usage have always been an important design goal,” Martin said. “A complex user interface would consume more resources and interfere with the system being monitored.”

While HWiNFO helps businesses worldwide closely examine their hardware and peripherals, the software was never developed for commercial success. “This project is driven by experience and passion,” Martin said. “The business aspect is only a secondary effect.”

Still, the small software outfit has managed to capture the attention of major organizations. For example, NASA uses HWiNFO to monitor computer systems in high radiation fields for failures.

“Working in this area requires information, resources, and knowledge similar to that of large hardware vendors that generate huge revenues,” Martin said. “It’s been a long road with many struggles, but when NASA seeks help using your product, then you know it was worth it.”

Martin said HWiNFO is updated daily to support the latest technologies before they’re released, which is especially useful for engineers working on systems that are under development, as well as for reviewers preparing information before public release dates.

He also relies heavily on user feedback to inform future development. “It’s impossible to test all hardware components and their combinations, so feedback from all sorts of systems is highly welcome and needed,” Martin said. “I read all comments and consider all proposals for enhancements.”

Martin said he also works hard to resolve any issues as quickly as possible, as demonstrated through his active involvement with bug reports on the HWiNFO Forum. Ultimately, his goal is to save users time determining hardware configurations and settings while presenting them with the ability to monitor system health and prevent failures.

On the Horizon: Support of Next-Generation Systems

Martin works feverishly to update HWiNFO every day, but he’s eager to implement some long-term improvements as well. Next on his agenda are several enhancements for sensor reporting, support of next-generation systems (AMD Zen 2 and Navi, future Intel 10nm platforms, and PCI Express 4.0), and a new interface design.

“There is a complete GUI overhaul on the list, especially for sensor reporting, which would allow a more flexible user interface,” he said.

HWiNFO also plans to announce support for several new product families later this year but isn’t allowed to share any details just yet. Considering Martin’s lifelong fascination with computer utilities and maintenance software available, it’s a fair bet he has something innovative up his sleeve.