By: Sean Garrity Posted: April 24, 2019
Follow "The Hosting Blog" daily as hosting experts, programmers, and tech managers go in depth on a variety of tech-related topics.

While Kavin Raj has worked for many hosting providers over the years, he was never entirely satisfied with what the industry offered to small businesses — he wanted to find something better. That desire led him to launch his own company aimed at nurturing entrepreneurs and startups to build and grow their businesses online.

That’s how Cenmax was born, and, like most of the clients it serves today, it began with a measured approach. Initially, the company focused on one in-demand service — security — before expanding his services into hosting.

“When Cenmax started, we only provided a few services and didn’t offer hosting. At the time, online businesses were facing a number of pressing security threats, so we designed tools to address those issues,” Kavin said. “But, within a year of launching the company, we realized we could do more. That’s when we became a web host.”

Today, his company offers a variety of hosting solutions tailored to businesses in the Indian ecommerce market that can benefit from a global reach. Whether customers need basic shared hosting, virtual and dedicated server solutions, or a private cloud, they can find the right solution in Cenmax’s quality line of products.

“We have three datacenters in India, and we’re also scaling up throughout the world. Our servers are in 10 countries and on four continents — North America, Europe, Australia, and Asia,” said Kavin. “Right now, we have 16 total locations. We want to be a truly global company. It’s taking some time, but we’re getting there, and we have our customers to thank for it.”

And Cenmax is excited to continue its expansion. Kavin and his team have already built infrastructure that allows customers to access hundreds of servers almost instantly — and thousands of servers within days — and is rolling out that service around the world.

That kind of flexibility is invaluable for online businesses, no matter if they’re established enterprises in Europe or rapidly growing upstarts in India.

Part of the reason Kavin started Cenmax is that he believes he has a good understanding of user needs.

“Most hosting customers are primarily concerned with security and support. While that’s very true with the enterprise customers who are the backbone of our company, it’s also true for the small- and medium-sized businesses we serve,” he said.

That emphasis on security predates the hosting side of the business, and customer service has always been another differentiator for Cenmax. But support doesn’t just mean answering questions; it means a fast response.

“Most other hosting providers don’t reply to customer questions for at least 15 to 30 minutes, but our average response time is 15 seconds — and we do that without spending a lot of money so that we don’t have to raise our prices,” Kavin said. “We’ve designed a live chat service that feels just as efficient as a face-to-face conversation. It keeps our operational costs down and gives our customers better service than they can get anywhere else.”

All Cenmax datacenters are SSAE 16 certified to provide entrepreneurs with peace of mind.

And Kavin knows that any solution that skimps on security is worthless — as customers can lose so much to data breaches that they’ll end up paying far more than what a more expensive solution would have cost.

That’s why Cenmax doesn’t compromise with any of its servers, and all of its datacenters and facilities throughout the world are SSAE 16 certified. And companies based out of nations including China, Panama, and Canada trust Cenmax to host their sites.

In India, where Cenmax is based, the definition of middle-class is earning up to $10 a day. That means many entrepreneurs are working with less capital than those in European countries or in the U.S. That means it’s imperative for hosting services to fit within budgets. 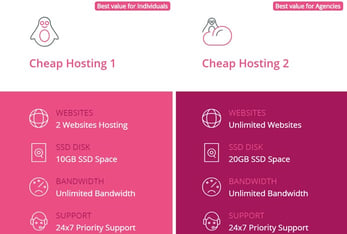 Some of the most successful Indian startups were founded in environments where money was scarce. Silicon Valley founders who started their businesses in a garage may think they had it tough, but their stories can’t compare to the ones told by Indian entrepreneurs like Navneet Singh.

Before Navneet could launch his business, he had to get out of debt by repaying a home loan. From those humble beginnings, he started PepperTap, an ecommerce grocery business that went on to raise $46 million in funding from investors, including Sequoia Capital and SAIF Partners.

Growing up and launching a business in this environment gave Kavin a deep appreciation for the importance of affordability — one that Western hosting companies will never understand to the same degree. And even as Cenmax clients include large enterprises all around the world, Kavin always wants to help those cash-strapped startups closer to home.

Cenmax also finds other innovative ways to keep overhead low to helps its clients. And every customer, from enterprises to startups, understands the value of a saved dollar. Cenmax prices start as low as $7.95 a year — and that includes DDOS protection, which is a must-have for any online business that doesn’t want browsers to flag its sites as unsafe.

“Affordability will always be a key priority for Cenmax,” Kavin said.

Top-Notch Security is Vital in a World of Increasing Risks

When Kavin started Cenmax, he already had an in-depth knowledge of the hosting industry and saw where he could help bridge the gaps for companies working with less capital — especially in India. And as Cenmax expands, he still views the hosting world through the lens of the company’s core values. And one of those core values — security — has been particularly important lately.

One similarity the Indian internet economy shares with its Western counterpart is its vulnerability to data breaches and hacks. Just like Equifax, Home Depot, Target, and so many other companies in Europe and the U.S., Indian businesses have also had trouble keeping data safe. 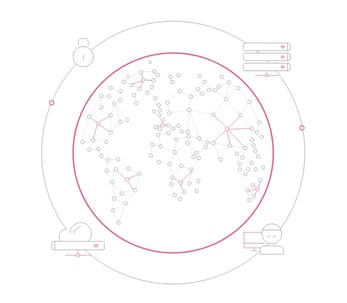 Cenmax leans on its roots in security to prioritize the safety of client data.

In early 2019, the Indian lending startup RupeeRedee leaked scanned copies of its customers’ Aadhaar cards. The Aadhaar is a 12-digit unique identity number for residents of India based on biometric and demographic data.

RupeeRedee’s compromised data was linked to its storage on an international cloud.

Other Indian hacks have been even more devastating. In August of 2018, hackers used a malware attack on an ATM server to break into India’s Cosmos Bank. In just two hours, they stole 994 million rupees — the equivalent of $13.5 million.

All of this proves that businesses in every country — whether they’re a long-established Indian enterprise or a plucky British startup — need to have confidence that their hosting service is secure. Kavin understands how to combat these threats because he has years of experience dealing with them.

“A few years ago, a lot of ransomware was spreading around, and our clients were worried, but our technical team was on top of it. They rose to the challenge and kept all of our customers safe,” he said.

That’s the kind of service that Cenmax provides — one that’s a step ahead of everyone from competitors to hackers.