How to Change File Permissions in Linux 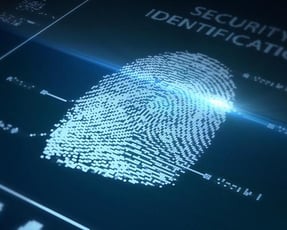 Roberto has been a professional full-stack developer for more than 10 years. Triaging and resolving the most mysterious bugs found in code is one of his many technical specialties. He loves experimenting with emerging programming languages and tools — and sharing his experience with the HostingAdvice readership.

Linux, like other operating systems, organizes itself using directories and files that can potentially be accessed, altered, or executed. To prevent internal anarchy, Linux gives different levels of permission for interacting with those files and directories. If you want to modify those permissions, the chmod (change mode) command is what you need.

What can chmod allow you to change? Permission can be granted or refused to different users for reading(r) a file, writing(w) to the file, and executing(x) the file, in the case of a program. The permission system for directories is very similar: “r” for reading the directory contents, “w” for writing into the directory by creating files or subdirectories, and “x” for entering into that directory.

These permission levels can be defined for the owner(u) of the file or directory, the group(g) to which the owner belongs, the other(o) users, or simply all(a) users all at once.

Using the ls Command for a Long Format Listing

If you use the ls command with the -l option (for a long format listing) on a given file like my_app, for example, you’ll see output similar to this:

The very first character (“–” in this case) shows that the entity “my_app” is indeed a file. If it had been a directory, we would have seen d as the very first character. Next, we see three lots of three characters (rwxr-x–x). The first three (rwx) mean the owner of the file (named as “Hadley” a little further along) has the permission to read, write, and execute my_app. The next three (r-x) indicate that members of the same group as Hadley (the “tech” group) may read and execute my_app, but cannot write or modify it. The final three characters (–x). mean that other users may simply execute my_app, but neither read nor write to it.

The chmod Command in Action

So how do we use chmod to modify these permissions? We’ll use a command like:

In the context above, these two commands in fact mean the same thing. To see why, we have to understand that chmod has a peculiarity. It accepts instructions to change file permissions for different users either by using combinations of these letters (text or symbolic format), or by using a system of numbers (numeric or octal format). Here’s how the two systems correspond:

So in the original situation in our example above, Hadley, who is the owner of the file, has permission to do everything (rwx), or in numerical terms, has permission 4 + 2 + 1 = 7. Similarly, other members of Hadley’s group, “tech,” have permission to read and execute the file, but not write to it. So they have r-x permission, or numerically they have 4 + 1 which makes 5. Everybody else just has –x or 1. Our string of characters -rwxr-x–x then becomes 751 in digits.

If full permissions to read, write, and execute were to be given to everybody, then the two forms of the chmod command would look like:

And they would both have the same effect.

Additional Options of the chmod Command

The chmod command also has options that may be useful to know about. They include:

This would ensure everybody (a) had full read, write, and execute permissions for mydir and all the subdirectories and files in it.

Other Guides You May Enjoy

How to Move, Copy, and Delete Files (Or Many Files) in Linux

2023's Ultimate Guide to Web Panels: cPanel vs. Plesk vs. Webmin vs. Others