How to Change File Ownership & Groups in Linux

By: PJ Fancher Updated: June 19, 2018
Our experts take readers step-by-step through a variety of hosting and programming tasks in our popular series of "How-To" guides.
Email

File ownership and groups for files are fundamental to the Linux operating system. Every file in Linux is managed by a specific user and a specific group.

Figure Out Who Owns the File, Then Use Either chown or chgrp

This file is owned by the root user and belongs to the www-data group.

Changing the Ownership of a File Using chown

You can change the ownership of a specific file using the chown command. For security purposes only, the root user or members of the sudo group may transfer ownership of a file.

To change the ownership of a file:

The file file.txt is now owned by Robert. By default, chown follows symbolic links and changes the owner of the file pointed to by the symbolic link. If you wish to change ownership of all files inside a directory, you can use the -R option.

Changing the Group Ownership of a File Using chgrp

All users on the system belong to at least one group. You can find out which groups you belong to using the following command:

You can then change the group ownership of a specific file using the chgrp command:

The file file.txt now belongs to the webdev group.

Changing Both the Owner and the Group Using chown

You can change both the owner and group of a file using just the chown command.

The file file.txt is now owned by Tito and belongs to the editors group. 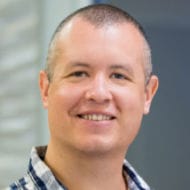 How to Create Backups in Plesk