TL; DR: Zyma was started by a computer science student working in his bedroom in 2010 and quickly grew into a prominent UK host that now powers the web applications of more than 2,000 businesses across 65 countries. The company’s fast rise to success was due, in large part, to its well-rounded mix of performance, security, price, and highly praised customer service. Zyma’s mission rests on delivering the web solutions businesses need to broadcast their brands online — and the host’s 90% customer referral rate is proof that it’s succeeding.

In 2010, a bright-eyed computer science student attending university in the UK had a novel idea — to improve the imperfect UK web hosting landscape by building a company focused on the customer. The result is the now widely recognized hosting company, Zyma.

“There was a void for web hosting services in the UK, especially in the area of shared hosting,” said Zyma’s Marketing Director Khuram Shazad. “That was something that we introduced a few years ago, and we’ve basically been specializing in shared hosting since. It’s grown every year.”

Zyma’s Khuram Shazad told us how the company grew into a prominent UK host serving 2,000-plus customers.

Zyma officially became incorporated in 2013 as Zyma Technologies Limited. In less than a decade, Zyma has become one the UK’s top hosting providers, serving more than 2,000 businesses across 65 countries.

Zyma’s client base ranges from small sites built by entrepreneurs to high-volume sites used by large corporations. Based in Middlesbrough, Zyma receives a large amount of praise as one of the UK’s most reliable shared hosting providers.

Improving in the Face of Security Threats and Hardware Failure

While Zyma may enjoy its current fame, the company has met more than a few bumps in the road since opening its doors.

“We’ve actually faced quite a few challenges, one of which was the rise of DDoS and brute force attacks,” Khuram said. “The technology has proved significant over the last few years when it comes to customer data and having a backup and recovery solution.”

In the face of such threats, Zyma protects its clients with advanced recovery techniques, including a customized backup tool. Zyma’s custom backup system makes it easy for businesses to restore operations after downtime, minimizing any significant revenue or data losses. 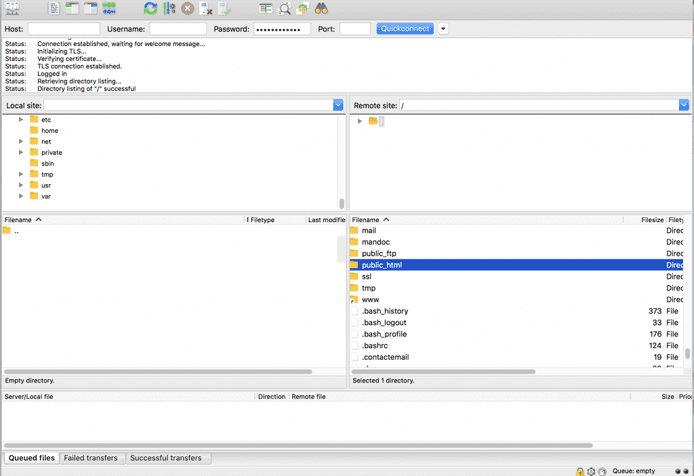 “We have custom-installed software on our servers, which regularly backs up the data on several different devices to make sure the data is never lost due to hardware or software failure,” Khuram said. “The protection of customer data and the speed of servers have been further improved through the cloud.”

Automatic updates, coupled with multi-device access to those files means customers can have peace of mind, knowing their data will always be stored somewhere.

As a shared host, Zyma is used to juggling multiple clients on a single server. The provider thus concerns itself with the well-being of clients and the protection of their data and privacy. The rise of malicious attacks, such as ransomware, has made numerous headlines in recent years, including the infamous Petya malware attacks in 2017.

One of the most insidious forms of malware, ransomware holds computers hostage and demands payments be made to restore data. Similarly, DDoS attacks have been on the rise since the early 2000s, when a number of governmental agencies and financial institutions were brought to their knees during a rash of DDoS attacks. While there is always room for concern regarding an attack, Zyma’s protection and storage of client data, and its ability to easily restore backups is reassuring.

Balancing Speed and Performance with Security and Uptime

DDoS attacks are particularly damaging to business, as the purpose is to overwhelm servers and bring the target site to a grinding halt. The result of such attacks may be devastating, with hours, days, or even weeks of downtime that lead to a substantial loss of business.

For example, several sites related to the 2016 Rio Olympic Games were under attack for several months, even as the games drew near. Had the attacks not been mitigated, the Olympic Games could have faced delays, data errors, and a lack of media event coverage — all of which could have even postponed the Games altogether.

In terms of priority, security and uptime are among the most important aspects of maintaining a viable web presence. Conversely, speed and performance are important concerns that affect a site’s usability. For Zyma, this means striking the perfect balance between all four.

“You have to juggle the security side of things quite well if you want to be a big player in the hosting market because customer data is absolutely vital,” Khuram said. “To be in the hosting industry is to be extremely reliable and robust.”

The main purpose of a host is to allow a website to exist online. And, without good security and uptime, speed and performance are essentially useless.

Zyma not only provides hosting services, but also actively develops solutions to better serve its clients and make websites safer and easier for the end user.

“We want to work to find solutions for things like the DDoS attacks, CDN, load balancing, and the like,” Khuram said. “We’ve actually had to implement all that technology to solve the problems of our customers.”

Among Zyma’s biggest improvements has been the launch of managed hosting, which relieves clients of the technical aspects of running a site and instead puts them in the hands of Zyma’s ace support team.

The wealth of solutions Zyma has come up with were originally brought about to address its own challenges.That means the Zyma team has the firsthand experience and technical expertise to nip problems in the bud.

“It mostly comes down to the fact that we are customer-centric,” Khuram said. “Most of our customers throughout the years have come through word-of-mouth referrals, where customers have such a good service experience that they refer others.”

More than 90% of Zyma’s current client base was obtained through these referrals.

More than 90% of the site owners powering sites with Zyma were referred by other customers.

From the beginning, Zyma’s aim was to make UK hosting more reliable and helpful, which is why its business model focuses on providing reliable support and finding solutions for its customers.

“Our approach to hosting is not just to give you a hosting package and let you go, but is geared toward whatever problem you are trying to solve,” Khuram said. “In shared hosting, there is a very wide client base — and a wide range of features that we’ve introduced.”

Zyma’s support team consists of the tech experts who dreamed up these solutions and can easily be reached by phone, email, support ticket, live chat, and even social media. Zyma’s service packages come with a wide range of features developed to benefit customers. Depending on the chosen plan, clients can have access to CDN, a website builder, SSL certificates, and SSH access — all included at no additional cost.

On the Road to Infiltrate the Global Hosting Space

From a university passion project to a dominant presence in all of the UK and beyond, Zyma has certainly filled the niche for the UK’s shared hosting dilemma. More recently, Zyma has exceeded 2,000 clients, reaching a significant growth milestone.

In anticipation of its continued success, the provider plans on extending its reach to even more locations than its current market.

“We’ll be running an international marketing campaign to refocus on the progress side of things,” Khuram said.

Started from humble beginnings, Zyma was always intended to be the perfect host for customers, putting them first and foremost. Its rapid growth is due to both its outstanding service and the fact that it was able to effectively corner the UK market for shared hosting. The fact that the majority of its client base consists of referrals is proof that Zyma gives its clients reliable service, as well as the reassurance that their data is never truly lost and always just a few clicks away.