TL; DR: Mara Phones, based in Rwanda, is on a mission to put affordable, Android-based smartphones within reach of underserved communities in Africa and worldwide. The company’s approach to fostering digital inclusion leverages forward-thinking design and key partnerships with software developers and financial institutions. Ultimately, Mara Phones aims to share its success with Asia, America, and Europe by creating an open business model for sourcing raw materials.

It’s no secret that the mobile revolution has reshaped the day-to-day lives of Americans, providing instantaneous, on-the-go access to information sources and communication channels.

These benefits are nearly universal. The majority (81%) of respondents polled in a January 2018 survey on mobile ownership in the U.S. said they owned a smartphone, with 96% stating that they owned a cellphone of some kind.

But not all countries have such widespread access to mobile technology and its related benefits. As of 2017, a median of just 33% of adults in Ghana, Kenya, Nigeria, Senegal, South Africa, and Tanzania reported owning a smartphone.

Significant divides persist in Ghana, Nigeria, Senegal, and Tanzania. In those countries, men — as well as adults with secondary educations and high-earning individuals — are far more likely to own a smartphone than those in other demographic groups. 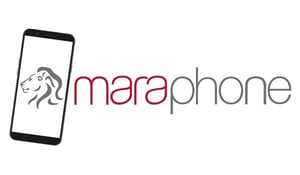 Mara Phones is the first company manufacturing smartphones in Africa

To enhance and enrich the lives of underserved populations in Africa and beyond, Rwanda-based Mara Phones is producing high-quality, affordable smartphones designed to facilitate digital inclusion. The Android-based phones, manufactured in Africa, both boost local job creation and contribute to the digital health of individuals and businesses across the globe.

“As an African manufacturer, we are proud to help African citizens take on the role of producers — rather than just consumers — in the smartphone market,” said Eddy Sebera, Managing Director at Mara Phones. “Ultimately, our goal is to play globally, making a difference in smartphone accessibility both within Africa and worldwide.”

Improving the Lives of Employees and Customers via Digital Inclusion

Mara Phones is a subsidiary of the Mara Group, founded by Ashish J. Thakkar in 1996. Eddy told us that in its early days, the technology company focused on financial services, manufacturing, and agriculture. This experience gave the team insight into how access to affordable, high-quality smartphones can increase opportunities for emerging markets.

“They had this dream of contributing to smartphone penetration to help Africa become a truly digital society,” Eddy said. “This led them to the idea of creating a smartphone manufacturing plant in Africa, and four years ago, they began research and development.”

The team decided to break ground in Rwanda’s capital of Kigali due to its business-friendly environment, flexible policies, and investments in the private sector. The government of Rwanda was pleased to accept the offer, which would help further establish the country as an emerging tech hub.

Construction took about 10 months, and by October 7, 2019, Mara Phones began production on the first smartphones manufactured in Africa. Today, nearly 200 staff members run the Kigali-based factory, 60% of whom are women. The company is also proud of the fact that it is creating opportunities for the youth: The average age of a Mara Phones employee is 24.

The company is already exporting its smartphones to customers in 49 countries, which Eddy said is a reflection of the product’s strong visibility worldwide. In response to growing demand, Mara Phones recently opened a second location in South Africa.

“The response in the last three months has been outstanding,” Eddy said.

Consumers can currently choose between two versions of the revolutionary smartphone.

Mara X, the base model, includes a 5.5-inch high-definition screen, dual HD cameras, a cinematic Dolby Sound System, and a 64-bit quad-core processor equipped with 1GB RAMand 16GB memory. It runs on the Android Oreo operating system and includes a fingerprint sensor for security protection without a password.

Mara Z offers an upgraded experience, with all of the features of the Mara X plus a 5.7-inch HD screen, 64-bit octa-core processor with 3GB RAM and 32GB internal memory. In addition to a fingerprint sensor, the smartphone includes facial recognition technology for unlocking the device securely.

Mara Z was designed in partnership with Google’s Android One program and therefore includes secure monthly updates, a built-in Google Assistant, and Google Photos, among other perks. “We have everything that you could ask for from an Android perspective on this phone,” Eddy said.

Eddy told us that aesthetics were an essential factor in creating both models. “The idea was to produce a phone from the ground up with a very nice design, taking our competition into consideration, to encourage users to buy them,” he said. “We brought designers on, that’s how we came up with the idea of starting with two models.”

Mara Z and Mara X are just the beginning of the series. Eddy told us the company plans to release three models of the newest generation each year moving forward.

Mara Phones is on a mission to provide users with an entire ecosystem of benefits, such as financial inclusion, digital transportation, digital education, digital healthcare, agricultural efficiencies, ecommerce access, and last-mile logistics, among others.

To do so, the company is leveraging partnerships with software developers to include market-specific apps — such as those that allow farmers to sell their crops through their phones — in product bundles. For example, Mara Phones is currently working on an Uber-like transportation solution for motorcycles — one of the main forms of transportation in Africa.

“In the next three months, we are rolling out a mobility solution specifically for Rwanda whereby motorcyclists will use our phone to bill their customers directly,” Eddy said. “At the same time, they will be able to use it as a GPS tool and a place to receive customer requests.”

Mara Phones is also partnering with financial institutions and network operators to create affordable payment plans. In the U.S., it’s common for providers to offer a free phone with a two-year contract, but Eddy said African providers don’t offer such plans.

To that end, both Mara X and Mara Z feature phone-locking technology that allows providers to block access to users who do not pay their bills. This helps both network operators and financial institutions agree to more user-friendly deals.

“We now partner with network operators so the phone itself is included in the package — allowing certain end-users to acquire the phone without spending money in advance,” he said. “For those who cannot qualify for that opportunity, we have negotiated asset financing models with financial institutions where you can pay in an installment of 12 months.”

In the future, Mara Phones hopes to expand its partnerships worldwide — both in terms of manufacturing and sourcing raw materials.

“We don’t want to be isolated,” Eddy said. “We want to do business with everyone. We want this success story for Africa to be completely inclusive of Asia, Europe, America — everyone. It will help us grow.”