TL; DR: Liquid Web stands out in the hosting space by matching in-house innovations with a responsive and knowledgeable, US-based support team. The Storm® Cloud Platform and its add-ons feature privately-owned technology and the maintenance of 50 developers; meanwhile, Heroic Support® technicians undergo weeks of rigorous training and mentoring before ever picking up a customer call. Liquid Web’s focus on a frustration-free customer experience yields a consistently high Net Promoter Score and word-of-mouth marketing that is rarely found in the tech industry today.

Designing, hosting, and maintaining a website can be frustrating. When it comes to customer support, users have high expectations for their web host — expectations that are often not met. Liquid Web, a leader in managed hosting, and other hosting arenas, consistently fosters lasting customer relationships. They do so by focusing on ruling out typical hosting stressors like tiered support wait times, complicated tools, and website downtime or performance issues.

We interviewed Liquid Web Director of Marketing, Jason Grasshoff, and Director of Sales and Solutions, Stefan Nava. These guys have been with company since its infancy, making them the perfect storytellers to narrate the legacy of Liquid Web. We discussed their in-house-built technology, the metrics used to measure their success, and of course, the Heroic Support® team (AKA, the folks at the frontlines building and maintaining customer trust).

Liquid Web consistently yields an outstanding Net Promoter Score (NPS), or the likelihood of a customer recommending the services to a colleague. They achieve this reputation with an incredible (or heroic) support team with a meticulous onboarding process, a dedicated team of developers behind in-house products, and constant emphasis on performance and speed.

“I think that our consistent NPS proves that once customers are a part of the Liquid Web story, they love it here, and they would recommend us to their friends and colleagues,” Jason said.

Any company can select a particular metric that makes their business look attractive to customers. In the hosting industry in particular, there are tons of opportunities to shine. “For us, it’s about the overall experience,” Jason said. Stefan told us the #1 differentiator making Liquid Web stand out from competitors is the Heroic Support® and the SLAs (“service-level agreement,” or formal definition of services offered). “We want to make sure that quality support we provide is what customers are expecting,” he said.

The Heroic Support® team promises total transparency, expert know-how, and a willingness to help with any problem.

Liquid Web has an internal training team, an entire team dedicated to mentoring and coaching — evidence of their belief that customer support is only as strong as the capabilities of the support team members. New recruits go through three weeks of rigorous training, followed by a mentoring cycle. Liquid Web also conducts Red Hat training frequently, and 125 of the Heroic Support® technicians hold their RHCSA (Red Hat Certification System Administrator) credentials.

Instead of navigating a tiered support system, customers who reach out for help with Liquid Web are connected with a knowledgeable Heroic Support® technician. Liquid Web has specialized support teams for various customer needs (e.g., teams that are certified in Windows hosting, teams that are certified in Linux hosting, etc.). Customers will be connected with the team member whose skills best match the needs of the customer’s dilemma.

What truly makes the company stand out though, is the organic growth and internal development. Not only do customers stick and grow with Liquid Web, but employees are loyal as well. Committed to working their way up the ladder, some Liquid Web staff members started out as admins and today sit as upper-level engineers overseeing network security, as an example.

Best Effort Support: A Commitment to Taking On Any & All Questions

From server management, to themes and plugins, to security — your website has many needs. As the website owner, you need a web host that offers a full package of support and technology, but most importantly, you want a team that strives never to give you “NO” as an answer.

That thinking is what inspired Liquid Web to implement their “Best Effort Support” system. The company promises to take on any problem you encounter with your server, software, or hardware — anytime — even if it involves a service not listed in Liquid Web’s managed support offerings.

Liquid Web has a team of Solutions Managers that work under Stefan monitoring customer feedback, response times, and other metrics measuring the success of their support, including a Negative Feedback Tracker. “That’s where people really get surprised as they start learning about Liquid Web,” Stefan said. “Even before you’re a customer, we’re right where you need us.”

So what does a team of 50 developers do on a daily basis? Jason shared that those 50 dev folks are primarily split between R&D-type projects and managing the proprietary cloud platform. “We have some really cool web application monitoring that’s going to be coming out as well,” he said. 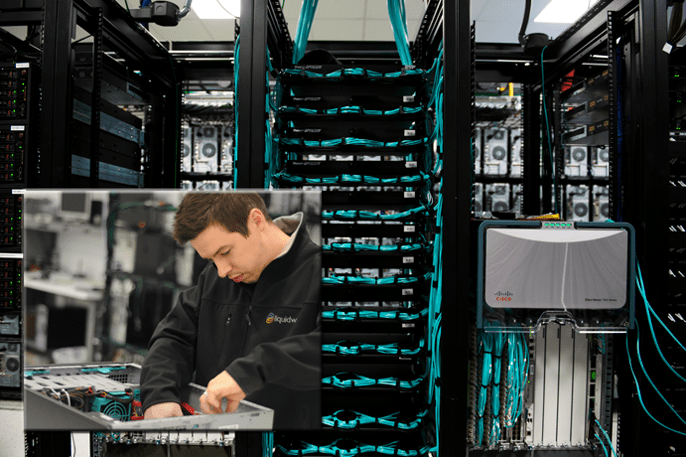 Liquid Web has approximately 50 developers contributing to the build-out and maintenance of in-house technology.

Stefan shared with us the reason behind Liquid Web’s number of developers. “We developed in-house platforms and started developing tools around them,” he said. Liquid Web’s Storm® Platform features proprietary cloud technology: VPS, Dedicated, and Private Cloud services. From there, the team went on to build Storm® Add-Ons to enhance the Storm® environment, including Block Storage, Object Storage, Load Balancers, and a VPN.

Jason and Stefan gave us a sneak peak at an upcoming project in the works: a fully-managed WordPress product based on the VPS infrastructure. It will be optimized with all the latest technology, including HHVM, PHP5.5, and MariaDB.

“The advantage over other managed WordPress hosts is we own the hardware,” Jason said. So when Liquid Web’s developers are engineering a new product, everything from the choice of hardware to server stack build-out to the WordPress setup itself is in their control.

Users have the option to log into Liquid Web’s hosting control panel to make changes to their virtual server or spin up instances via the API. “All of the functionalities that are in our managed portal can be replicated through the API,” Stefan said. Instances are charged per day, per the standard Liquid Web brand, but they have another brand called Storm® on Demand, which offers hourly billing. “Most customers prefer daily,” he said.

Something that makes Liquid Web a unique web host on the business side is that the servers, hardware, infrastructure, et cetera are all privately owned. With a customer-centric business model, Liquid Web is free to focus on what really matters: delivering the performance and reliability that customers expect, with best-in-class datacenters.

Liquid Web is constantly focused on ensuring that Liquid Web technology is outperforming the competition. “We constantly benchmark ourselves with speed and performance against Rackspace, AWS, even the lesser-known or lower-cost players,” Jason said.

It’s no secret that reliability and network support are strong pull factors for users when they’re server shopping. A key metric for sifting out the great hosts from the good hosts is uptime. Liquid Web boasted an incredible 99.995% uptime rate in 2014.

With the Heroic Support® team catering to customers’ every need and the Sonar Monitoring™ team offering network support for fully-, core-, and self-managed services, Liquid Web leadership expects nothing short of that same uptime standard in 2015.

Liquid Web has three main datacenters in Lansing, Michigan (four total based out of the US), with an Amsterdam location opening up soon; however, approximately one-fourth of Liquid Web users are abroad. That’s where Liquid Web’s impressive reliability becomes a major selling point. “Even if there’s a quicker transit in their home country,” Jason said, “users who are abroad can’t get the same reliability or performance that they can get with us.” 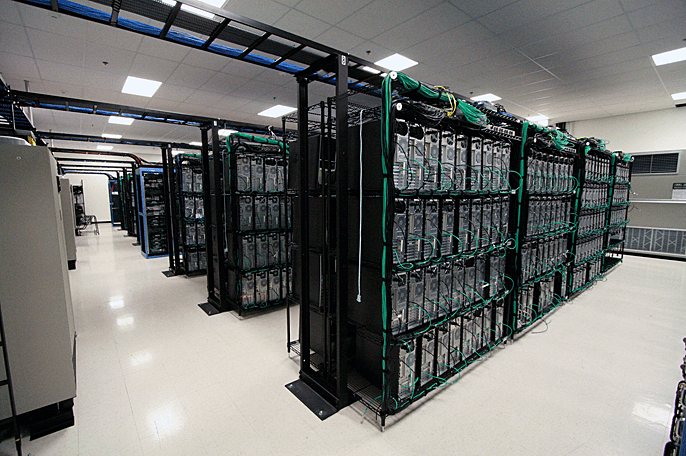 Liquid Web has three datacenters in Lansing, Mi, another in Phoenix, AZ, and one more opening in Amsterdam soon.

Final Word on the “Stickiness” of Liquid Web Customers

A large number of new and/or returning Liquid Web customers will say they were referred to the service by an existing Liquid Web user. “That word-of-mouth is really hard to get in any industry, but especially the tech industry,” Jason said.

As a privately-owned entity, the team can focus on customer needs and functionality requests, and then set about developing what isn’t already offered. “What makes our service sticky is the care we give to our customers,” Jason added. “They appreciate us, and we appreciate the trust they put in us.”

Ask a question and Toby will respond to you. We strive to provide the best advice on the net and we are here to help you in any way we can.

Toby Sembower built and hosted his first website in 1998, when the Internet was often annoyingly referred to as "the information super-highway." Toby is the first to admit that site was plain terrible. Nonetheless, it piqued his interest in the Web, and he would go on to build, own, and operate (and host externally) sites totaling 100+ million visits on a variety of subject matters. Today Toby is CEO at Digital Brands Inc., a fast-growing firm that owns and operates a number of popular web properties.