TL; DR: The Linux Foundation, a nonprofit organization supporting the legendary 25-year-old operating system, accelerates open-source development and commercial adoption across all community-created projects. Through tools, training sessions, and networking events, the foundation helps developers scale open-source software to benefit every industry. The Linux Foundation fosters innovation by hosting projects including the Node.js framework and Cloud Foundry application layer, along with programs for containers, virtual machines, orchestration, and data plane services. With more than 95% of the top million domains running Linux, the foundation carries tremendous clout when advocating for the wide-scale adoption and professionalization of open-source development.

Mark Hinkle relied on open-source products, such as Linux, Sendmail, and Apache, to build out the infrastructure for the ISP and hosting provider he worked for in the mid-1990s.

“That’s what really got me fascinated by the fact that people were working on solutions and sharing changes that furthered the use of technology,” he said.

After 20 years of working with various software vendors and open-source solution providers, Mark has seen the adoption of open-source technologies expand to reach even the largest enterprises.

“Open-source products are becoming the de facto standard. People don’t realize the breadth of technology that’s out there and the quality of those technologies,” said Mark, now the Vice President of Marketing for The Linux Foundation — the largest resource and advocate for open-source projects, developers, and users.

The nonprofit represents more than the iconic and pervasive Linux operating system and offers tools, training, and events to scale and accelerate open-source projects and ecosystems. By partnering with leading developers and organizations, The Linux Foundation aims to foster innovation and professional adoption of community-driven technologies.

More Than Linux: Meet the Nonprofit Behind Key Open-Source Projects

With early open-source products, and the Linux operating system in particular, Mark said teams debated how something downloaded for free from the internet could be of equal quality with something designed and brought to market by commercial vendors. He credits Linux for largely ending the discussion by becoming the “de facto standard.”

“When you have user-led innovation, you’re solving a problem,” he said, comparing open-source products to proprietary software vendors who sometimes have “a solution looking for a problem.”

The Linux Foundation, which traces their roots back to 2000 and the creation of Open Source Development Labs, takes their expertise running and growing the operating system to host and partner with collaborative projects such as:

“Our mission is to create the largest shared technology investment in history,” he said.

NGINX, Apache, WordPress, and other “unbelievable forces,” as Mark calls them, are among the increasing number of examples that show how open-source platforms are becoming a necessity instead of just an alternative.

JavaScript, an open development language, became as hot as ever by riding the momentum from open-source Node.js and frameworks, including Angular and React — the latter published and maintained by Facebook.

Major tech companies, including Google, Netflix, Apple, and recently even Microsoft, are running open-source projects and making internal tools and code available to the public.

“There’s nobody, really, that isn’t getting into the open-source game to some extent,” Nate said. “If they don’t, they will get left behind. It’s so easy to leapfrog someone if you’re using the pooled resources of an open-source project instead of trying to go it alone.”

The prime incentive for companies to join the open-source ecosystem, according to Nate, is the rapidly accelerated time to market.

“When all you have to do is build this little thing on top of what everyone else has built, you can really cut down on your research and development costs,” he said. “The professionalization of open-source technology is the big trend we’re seeing. There are still plenty of guys in their basements hacking code but, more and more, it’s becoming a corporate interest.”

Now with a thriving open-source development community full of game-changing technologies, The Linux Foundation teaches both developers and users about how to grow and sustain open-source projects. The foundation offers several levels of training for Linux developers, SysAdmins, enterprises, and those needing to learn about compliance and licensing.

“We’re trying to create training resources for those emerging technologies because that’s a big problem,” he said. “Finding people who understand and can work with these products that are at the forefront of technology is challenging but also necessary for adoption.”

Beginner courses are available for free through edX massively open online courses, or MOOCs. These courses introduce learners to Linux and OpenStack, along with the broader concepts of DevOps and cloud infrastructure.

A handful of eLearning courses in the middle tier of The Linux Foundation’s training materials show how to apply Linux and OpenStack fundamentals to networking, security, and administration, along with how to use the container cluster manager Kubernetes.

“It’s not going to do much to build the web between the different technologies, but it’s geared more toward using containers, using Linux as a SysAdmin, and the basics of Linux security,” Nate said.

Catering to experienced developers and teams, The Linux Foundation’s instructor-led classes enable learners to ask questions that tailor the curriculum and applications to their particular environment or constraints.

“If you really want to get into the nuts and bolts of how something works and how it relates, that’s what you get,” Nate said. “The instructor will walk them through that and provide the whole width and breadth.”

For enterprises looking to train a group of employees, The Linux Foundation will also customize a curriculum to the company’s specific infrastructure or industry.

When Mark started with open-source programs 20 years ago, he found “very few pockets” of developers interested in maintaining open-source tech. Open-source users and contributors were limited to very tech-savvy and dedicated developers, rather than casual consumers. 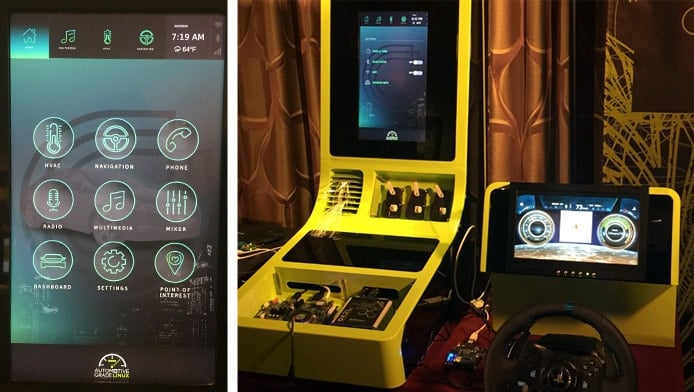 “Now, we can start talking about open-source technologies in your everyday life,” he said, alluding to Automotive Grade Linux. “Instead of us talking about datacenter things that are not all that tangible, we can talk about the head unit in your car.”

“They’re all working on how they can create a really interesting experience in the car utilizing that data,” Mark said. “It’s all driven by an open-source platform.”