An Alternative to Display Advertising: Gath3r Delivers a New Approach to Website and Application Monetization via Blockchain

TL; DR: Gath3r is pioneering the next generation of web monetization with an alternative to digital ads that’s secure, scalable, and profitable. Powered by a hybrid blockchain and multipurpose token, the platform has the potential to both improve the user experience and boost revenues for website and application owners. Gath3r is also extending its platform to enterprises and developers through features like compute power-as-a-service (CPaaS).

It’s hard to browse the internet in peace with the same group of targeted ads following you from site to site and app to app like ducklings imprinted on their mother (but way less cute). These promotions are nearly impossible to dodge, even if you clear your cookies and leverage your browser’s incognito mode.

They’re also pervasive, annoying, and intrusive — and many internet users have had enough. 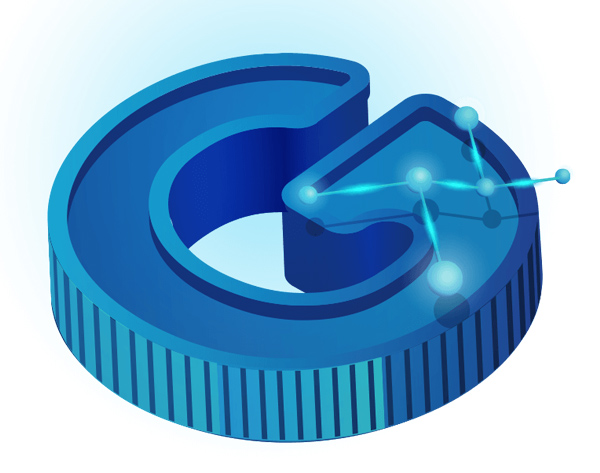 Enter Gath3r, the startup that’s providing publishers with an alternative to display ads by funneling unused processing capacity on readers’ computers to cryptocurrency miners. With just a few lines of code and permission from the visitor, site owners can improve the user experience and boost revenue in a secure and scalable fashion.

“After our code has been installed on the website, visitors have the option to choose if they want to participate,” said Ayhan Gungor, Marketing Director at the company. “They can opt to permit the usage of some of their spare CPU power (GPU as well soon), to mine while they’re browsing as usual, with no impact on the user experience or the user’s processing unit.”

In addition to empowering publishers to deliver clean, ad-free content while still earning a profit, the transparent process benefits businesses and developers who can use Gath3r as an affordable solution for their processing needs. The British Virgin Islands-based company also enables site owners to reward visitors for helping monetize their site or app through engaging loyalty programs.

More than 50,000 websites, including the United Nations Children’s Fund (UNICEF) and Piratebay, have already adopted web mining in a bid to enhance the user experience, generate revenue, and even raise funds for donations. Unlike targeted ad campaigns that use visitors’ data to follow them around the web incessantly, Gath3r leverages visitors’ compute resources only while they are visiting the site — providing the transparency and privacy protections that today’s internet users demand.

A Secure, Scalable, and Profitable Way to Improve User Experiences

“We’re in the earliest stages as a startup,” said Ayhan, who just recently joined the team. “We have a minimum viable product (MVP) that we will use to get feedback from initial users for future product development.”

Gath3r’s Early Adopters Program offers businesses the chance to enjoy free services and lifetime technical support while testing the system in Beta in hopes that users will root out and report bugs. The company also works to keep interested parties informed via a bi-monthly update blog that provides information on everything from tech and general developments to marketing and partnerships.

Ayhan said Gath3r is taking the lead in the emerging in-browser mining market in that it provides a secure, scalable solution that shines where existing miners fail. CoinHive, the market’s first mover, initially did not include authentication protections or place limits on the amount of power it took from site visitors, which frequently caused anti-virus software and adblockers to mark its script as malware.

In March of this year, the company closed down, citing a decrease in value of the Monero cryptocurrency it had mined, as well as the rising cost of mining.

In addition to freeing site owners from irritating and disruptive display ads, Gath3r can be used to accomplish various objectives. For example, some of the most prominent charitable organizations are now accepting cryptocurrency donations and turning to cryptocurrency miners to raise funds for causes like disaster relief.

“UNICEF is currently using web mining tech to generate income from visitors, we expect charitable organizations like UNICEF to adopt Gath3r in the future based on its superiority over others,” Ayhan said.

Gath3r also has a compelling value proposition for those looking to leverage processing power for missions other than cryptocurrency mining, such as Compute Power-as-a-Service (CPaaS) solutions. The strategy allows businesses and developers to take advantage of an alternative source of compute power, both on-premise and in the cloud.

“This solution could provide an inexpensive source of computing power,” Ayhan said. “The cloud computing market, for example, is dominated by large players to the point where it is almost monopolized, causing costs to get higher every day. By cutting out the middleman, businesses can save money.”

Streaming sites with high traffic and volume also have the potential to score big with Gath3r while eliminating intrusive ads and enhancing the user experience. “Sites with quality content, rather than clickbait sites, will do better with Gath3r because users spend more time on these sites,” Ayhan said. “That’s why we’re also working to form partnerships with newspapers.”

Ultimately, Gath3r hopes those tools will help provide utility to both site owners and miners, as well as enhanced security, functionality, and user experiences.

Ayhan told us that Gath3r leverages a new approach to in-browser mining through its native GTH coin and merged mining technique, which allows users to mine two coins at the same time based on a similar algorithm. According to the company, Gath3r is the only provider of this unique feature.

The platform provides a turnkey solution for integration with the GTH blockchain.

Merged mining allows users to mine emerging cryptocurrencies on the Gath3r blockchain — eliminating well-known drawbacks associated with new chains, such as low hash rates and vulnerability to 51% attacks (also known as double-spend attacks). Launching a new coin is as simple as forming a fork off GTH to use Gath3r’s hash rate, resolving consensus concerns and keeping their chain secure.

“By distributing the power to different sources, you are basically securing the network,” Ayhan said. “The goal is to help miners by making things easier and more rewarding without added cost.”

But that’s not all. Because Gath3r runs on a hybrid blockchain (a mix of private and public chains), it is able to support GTH-producing nodes. This allows the owners of GTH coins to set up masternodes and earn monthly commissions, which ultimately boosts security and stability.

In an effort to expand the Gath3r ecosystem through increased adoption, Ayhan said the company is working hard to form partnerships with various organizations, from media outlets to enterprises and tech companies.

In October, Gath3r announced a partnership with FINPLE, a crowdfunding platform that merges blockchain technology with investing.

“I am very excited to have Gath3r be part of the FINPLE ecosystem. Having Gath3r’s proof-of-work (POW) capability within the FINPLE ecosystem will benefit all the other Dapps connected to the platform,” said Kang-ho Cho, CEO at the Super Alki Foundation, which oversees FINPLE.

Keep up with Gath3r on Facebook, Twitter, and the company’s blog for updates on more of these exciting collaborations.