Take Your Audience on an Interactive Adventure with Twine: A Free No-Code Tool for Creating Nonlinear Games and Stories

By: Christine Preusler Posted: March 5, 2020
Follow "The Hosting Blog" daily as hosting experts, programmers, and tech managers go in depth on a variety of tech-related topics.

TL; DR: Twine, founded in 2009, makes it possible for users with zero coding skills to create nonlinear games and stories — for free. After enjoying early success among indie game developers, the easy-to-use, open-source tool has gained the attention of educators, software developers, and hobbyists alike. Today, Twine continues to thrive with support from a group of core contributors as well as the Interactive Fiction Technology Foundation.

If you grew up in the ’80s, you likely understand the devastation that comes with dying of dysentery after traveling 1,800 miles on The Oregon Trail.

You may also recall an unrelenting desire to get right back in your covered wagon and try again.

The addictive computer game series was one of many popular text-based experiences at the time, including fan favorites such as Time and Magik, The Hitchhiker’s Guide to the Galaxy, and Zork.

These interactive adventures attracted a range of users eager to immerse themselves in the roles of fictional characters. Chris Klimas was one of them. 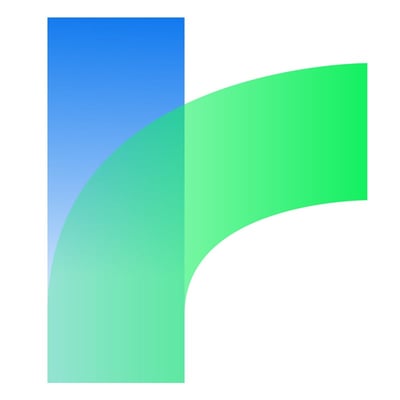 “As a child, I was always playing and experimenting with text-based games,” he told us. “That passion never really went away.”

In 2009, it inspired him to create Twine, an open-source tool for telling interactive, nonlinear stories without writing a lick of code.

Those looking for advanced functionality can enhance their creations with images, CSS, variables, conditional logic, and JavaScript as desired. Best yet, the open-source tool is available at no charge for users with any purpose, even commercial ones.

Moving forward, Twine is poised for continued success via support from its core contributors as well as the Interactive Fiction Technology Foundation, which helps ensure the survival and growth of tools that further the interactive fiction art form.

When Chris first designed Twine, the project was mainly a personal endeavor — he didn’t have plans to market the software, but suspected writers would make good use of it. Eventually, he released the technology under an open-source software license, but adoption was minimal.

“There just weren’t many people interested, so I put it on the shelf for a while,” he said. “Years later, people started to pick it up much more often.”

Twine’s audience has grown to include a range of users with diverse purposes. In addition to beginners building their first games, Chris said educators are using the tool to help students develop writing skills, authors design books with it, and developers use it to build prototypes.

“I see educators using Twine to enrich learning experiences as part of a classroom activity, rather than having students just read a book or watch a movie,” he said.

Chris said that the platform, which is available for download or online use, is easy enough for even the youngest learners. “I was invited to a coding meetup for kids, and there was a girl who was maybe 8 years old building something with Twine,” he said. “It was astonishing to me to see how widespread the software was — especially for the youth.”

Others turn to Twine for brainstorming purposes. For example, developers use it to map out website structure ideas when wireframing.

Chris built Twine while taking a course on design usability in graduate school. “A lot of what I was studying at the time came through in the end result,” he said. “I was definitely trying to design something that was as easy to use as possible.”

Today, when he’s introducing the software to others, Chris said it typically takes fewer than 10 minutes to get them up and running. By simplifying interactive storytelling development via its no-code editor, Twine helps users build confidence in their game design abilities.

“If you’re going to build a complex, graphics-heavy game, obviously you will need to obtain some coding skills,” he said. “Twine is a way for people to set aside technical worries and focus on making an engaging game. Text tends to get overlooked in game design, but it’s a handy tool that has been working for us for a long time.”

Users can easily create and edit their stories using a simple mapping system.

Chris said technology is often a big obstacle for those looking to build computer games — even those studying game design curricula. Often, they have to spend months learning the engine underpinning the game before moving on to anything interesting.

“You often have to build so much from scratch,” he said. “For folks who don’t have a lengthy computer science background, the experience can feel very hostile. Twine is not like that.”

Twine’s engaged user community is also there to offer support when users find themselves at a standstill. For example, users have a live chat via Discord, where more than 4,000 members discuss the tool. There’s also a Twine category on the Interactive Fiction Community Forum. Chris said he’s proud of the group’s thoughtful and energized spirit.

“The community is very much open to beginners,” he said. “In general, people are open-minded and enthusiastic about each others’ work. Levels of polish vary widely, but people aren’t snobbish about it.”

An Open-Source Project with Support from Core Contributors and IFTF

Today, Chris still leads the project for the most part, guiding its overall course, managing feedback, and making improvements. He is joined by a handful of core contributors across the globe who help with their own particular aspects of the platform.

Twine recently joined forces with the Interactive Fictional Technology Foundation, a nonprofit dedicated to ensuring the survival and growth of tools that further interactive fiction as an art form. Chris sits on the IFTF Board of Directors.

“The foundation’s purpose is to support interactive fiction, which in a practical sense means handling the nuts and bolts of website hosting, from paying the bills to ongoing maintenance — basically, making sure the lights stay on,” he said.

IFTF also supports projects related to Twine, such as philome.la, a free site where anyone can post a Twine game. The site’s founder moved on, and since September 30, 2019, it has been a read-only resource. In response, the foundation is currently working to revive the site.

Chris told us IFTF is essential in ensuring the health of Twine and interactive fiction as a medium in general.

“I’m really pumped about the foundation,” he said. “At some point, I will have to hand off Twine to someone else, and it leads to a way to make that happen in a formal way.”

In the meantime, Chris said he will focus on how to better integrate Twine with other software.

“I want to make it easier for people to use Twine as their starting point in cases where Twine is not their final stop,” he said.