By: Christine Preusler Posted: August 12, 2020
Follow "The Hosting Blog" daily as hosting experts, programmers, and tech managers go in depth on a variety of tech-related topics.

The observer effect, first identified in the field of quantum physics, theorizes that the act of observing an occurrence, in itself, will influence a study’s outcome.

Case in point: the polysomnography (PSG). Patients in these sleep studies must catch their ZZZs under the gaze of a low-light video camera and monitoring system in an unfamiliar room. 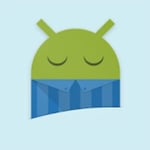 Testing proctors tape sensors to their scalps, temples, chests, and legs to monitor brain activity and muscle movements. Clips are placed on their fingers to measure blood oxygen levels, and nasal passage sensors are used to monitor breathing.

With the Sleep as Android app, Developer Petr Nálevka said he and the Urbandroid team aim to come as close as possible to measuring the parameters of a PSG study without invasive devices — and at a fraction of the cost.

“About three years ago, we came up with a new way to use a smartphone’s microphone and speaker to create a sonar system that can track movements in a contact-free way, with no devices attached to your body,” Petr told us. “Of course, there are downsides in that we can’t measure all the variables that PSG does in a lab. On the other hand, a person’s sleep is much more natural in home conditions with minimum devices.”

Petr said he plans to dive further into research on how smartphone-based radar technologies can be used to measure breath and heart rates in the future. In the meantime, he’s using the app as a launchpad for what he said will be one of the most extensive sleep studies in the world.

Never in his wildest dreams did Petr expect to be working on what started as a Ph.D. thesis nearly a decade later, but that’s exactly what happened.

“We started in 2010 with an early version of the Android mobile operating system, Android 1.6,” he said. “At the time, I was looking to find life hacks for better health and productivity, and I was also working on a thesis studying how sleep affects the quality of life of schizophrenic patients.”

As a data scientist, Petr’s job was to find patterns in the data supplied by patients via a questionnaire. After discovering that sleep is a significant factor in schizophrenia relapses, he got the idea to create a sleep tracking app that could help patients manage their illnesses. Over time, the app evolved into Sleep as Android, designed to help anyone improve their well-being through positive sleep habits.

“Modern civilization, with its artificial lighting, has ruined sleep for people around the world — and they forget that regular sleep is so vital to their health,” Petr said. “Sleep as Android serves as a bit of an eye-opener in that it helps people track and improve their sleep.”

In addition to sleep tracking, the app is jam-packed with features. A smart wake-up function, for instance, uses sleep cycle data to wake users during an optimal phase. To ensure they get out of bed, Sleep as Android can require users to scan a QR code, shake their phone, or even complete morning math before shutting off an alarm. The app also features playlists with ambient sounds and a smooth integration with the Philips Hue smart lighting system.

Between features like these, revolutionary sonar technology, and a vendor-agnostic approach, the app has had no problem standing out among the many sleep management solutions on Google Play.

“Nobody else has contactless technology for activity tracking at the moment, and that’s important in terms of differentiation,” Petr said. “But I also feel like most sleep tracking solutions come with vendor lock-in in someway — you have to have a Fitbit or a specific health service where all data is sent.”

The goal with Sleep as Android is to create integrations that allow the users to switch from, say, a Fitbit to a Samsung Galaxy Watch using the same app with the same data storage solution.

“If you don’t want to store the data with us, you can send it to Google Drive, Dropbox, or a CSV file for your own analysis,” Petr said. “Or, send it to Google Fit or Samsung Health for tracking and analysis — the choice is yours.”

Ethically Fueling One of the World’s Largest Sleep Studies

Sleep as Android users have free access to an optional app known as SleepCloud that visualizes and backs up data. To date, roughly 140,000 SleepCloud users have given Urbandroid permission to collect and analyze anonymized data on their nightly sleep behaviors.

As of August 2020, the team has gathered over 30 million individual sleep records from approximately 140,000 Sleep Cloud users, taken primarily from the Western world, where most users reside.

“We are actively doing research based on our data,” Petr said. “The information we have includes how long a person slept, in which town the sleeper is located, sleep quality (based on a deep sleep ratio and subjective rating), and snoring habits, among other data.” 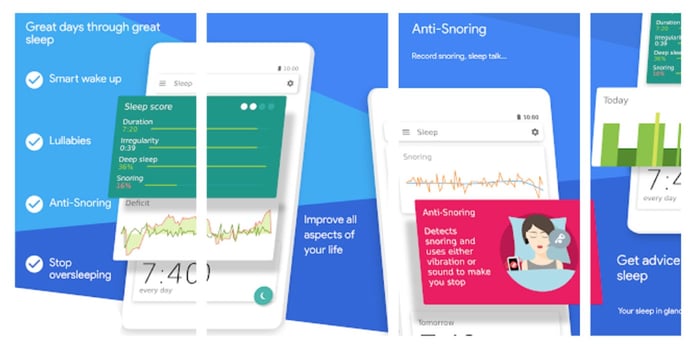 Sleep as Android helps to reduce snoring, put an end to oversleeping, and soothe users to sleep.

Urbandroid’s data was recently used by scientists from the National Institute of Mental Health to examine the sleep duration of British residents on June 23, 2016 — the night of the Brexit referendum.

On average, Britons in the study — likely concerned about their country’s fate — slept an average of 6.65 hours that night; 15 minutes less than their Thursday average. In other countries, such as Finland, Norway, Sweden, Romania, Finland, and Russia, subjects slept significantly more than average.

In another study, this one performed by Urbandroid, researchers used data from Sleep as Android users to examine the relationship between alcohol and snoring. A sample was taken of 500 users who tagged their session with the term “alcohol” in at least 5% of their records, had a minimum of 200 sleep records, and were shown to snore, on average, for at least 1% each night.

The results indicated that, overall, users snored 12% more on the nights they used the tag “alcohol.” But differences exist among individuals. Nearly 40 people in the study (7% of the sample), snored 40% less on nights tagged they reported drinking.

Moving forward, Urbandroid will continue using Sleep as Android data from willing participants to inform valuable research. Recent efforts have been focused on users in areas of interest like Wuhan, Italy, and New York.

In June, research utilizing Sleep as Android’s data on Chinese sleep times and duration in the age of COVID-19 was published in Chronobiology International — a renowned medical journal. Part II of the study, which focuses on the rest of the world, is currently under peer review.

“We have found that the onset of sleep is approximately 20 minutes later, and people sleep 20 minutes more,” Petr said. “It seems as though night owls have finally ironed out their social jet lag, which is a very exciting finding.”

The team is also working on Sleep Phaser, an Indiegogo-backed bedside light designed to monitor sleep in connection with the Sleep as Android app. “The device remotely tracks your sleep and breathing rates using infrared detection,” Petr said. “We believe that you should be able to do more to improve your sleep with simple tools on your nightstand.”