By: Christine Preusler Posted: March 23, 2020
Follow "The Hosting Blog" daily as hosting experts, programmers, and tech managers go in depth on a variety of tech-related topics.

TL; DR: In an era of near-constant screen time, Ambr Eyewear is helping customers protect their eyes from harmful blue light — and ensuring they look good doing it. The homegrown company’s entire line of fashion-forward frames block both blue and UV light to shield wearers from screen and sun around the clock. With customers in nearly 80 countries, Ambr Eyewear is focused on mitigating the potential adverse effects of blue light for stylish technology consumers worldwide.

Ireland in January isn’t exactly a spring breaker’s dream. It’s the darkest, coldest, and wettest time of the year, and residents tend to while away the hours indoors. That, of course, means an abundance of screen time.

But while a good Netflix binge does wonders for your chill, it can have negative consequences in other areas. Studies show that excessive exposure to electronic devices may cause migraines, sleep disturbances, and retinal damage due to harmful blue light emissions. 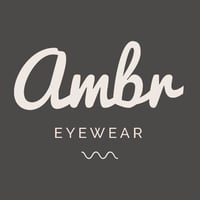 Dan Nugent experienced these symptoms firsthand two and a half years ago in his hometown of Dublin.

“You can’t really go outside in the winter months, so after working a nine-to-five job, coming home on the train, and watching television, I was looking at screens an awful lot,” he told us. “It was starting to affect me, not just in terms of my mood, but also through eyestrain and headaches.”

The fact that Dan and his girlfriend Sasha just had a baby girl didn’t help his sleep quality, so after some research on the effects of screen exposure, he ordered an inexpensive pair of blue light blocking glasses from Amazon.

“I noticed significant improvements right away, but there was a very obvious downside in that they were poorly designed and featured a deep orange lens,” he said. “Not only did they affect my color perception, but they made me look a bit stupid.”

After seeing the world through carrot-colored glasses for a bit too long, it clicked: Dan and Sasha could combine their skills in digital marketing and design to create classes that not only filter blue light but make a bold fashion statement. And with that, Ambr Eyewear was born.

A Homespun Company Founded by an Entrepreneurial Couple

Dan and Sasha had a hunch that blue light filtering glasses in unexpected patterns and color combinations would be a hit with Dublin’s burgeoning tech community. Facebook, Google, LinkedIn, Dropbox, and Slack all have their EU headquarters in the growing tech hub, as do a number of startups.

“We wanted to make sure our glasses were as much of a fashion accessory as a health accessory,” Dan said. “Nobody that I know who works at a cool tech company like Google or Facebook would walk around with deep oranges lenses, but they might walk around in a beautifully designed pair of tortoiseshell glasses with clear lenses.”

The company’s frames come in bold designs and feature a unique color story.

After months of research, sourcing, and prototyping, Dan and Sasha used the remainder of their minimal savings to produce a small batch of glasses, which they sold on a homemade website.

“We put it live, and within a week, we sold out of everything,” Dan said. “Then I gave a few pairs to some journalists, and once the media picked up on us, we had about a month of backorders that helped fund the next round of production. It snowballed from there.”

Today, customers in nearly 80 countries turn to Ambr Eyewear to protect their peepers from harmful blue light wavelengths and UV light, both indoors and outdoors, night and day.

Customers can purchase a variety of lens types that are safe for everyday use, including prescription, non-prescription, readers, bifocals, and progressives. All screen lenses are topped with an anti-glare coding for clarity and are scratch-resistant.

It’s safe to say that Ambr Eyewear has achieved its founding mission: to create blue light filtering frames that actually look cool. In fact, the company serves up a pleasing aesthetic from start to finish.

The website itself is beautifully designed and strikingly modern. The models are relatable (you’ll want to hang out with them), not airbrushed to mannequin-like proportions. The language is upbeat and welcoming. There’s also a fun virtual try-on tool and fit guide based on the most common head shapes: heart, oval, round, and square. Born with a round face? The company suggests wide rectangular frames, like the Asteri, Helio, or Juno, to add length and balance.

The glasses, built by layering premium acetate over a titanium skeleton, are equally as attractive. Standouts include the emerald green Nova in a round, retro shape and the chunky Juno in snow leopard, a gray tortoiseshell pattern. And you can forget gender stereotyping: All frames are unisex.

Ambr Eyewear is all about an eccentric aesthetic and high-quality materials.

“We pride ourselves in not playing it safe — we have classic shapes, but we try to break the norm with a lot of quirky, colorful styles,” Dan said. When I’m out and about in the city, I can always tell when somebody’s wearing Ambr glasses, because they’re quite striking.”

In addition to being on-trend, Dan said the frames are super high-quality at an affordable price point. And they come with a great unboxing experience.

“When somebody receives the product, they always tend to be pleasantly surprised,” Dan said. “They receive what feels like $150 glasses in really nice packaging,” he said. “It’s easy to use cheap materials and make a quick buck, but you’re not going to generate that excitement and word of mouth that you would when you concentrate on quality.”

A Broad Range of Options for Sleep, Sun, and Scrolling

Ambr Eyewear now offers a full range of medium to strong blue light filtering glasses precisely engineered to protect eyes from blue and UV light. When it comes to designing new frames, Dan said the company leans heavily on client feedback — even if it takes them in unexpected directions.

“Around the middle of last year, we started noticing a strong demand for what we originally wanted to avoid: orange lens glasses,” he said. “People who were extra sensitive to light loved our glasses but were requesting more power — and to block 98% of blue light, you have to have an orange tint.”

The result was Ambr’s Ultra line, which features tinted lenses with fashion-forward frames. Filtering almost all blue light aids in melatonin production, so Dan also recommends them for nighttime.

Customer feedback was also the impetus for the company’s polarized sunglasses collection, which includes UVA and UVB protection in the imaginative shapes and color combinations that fans love.

“Sunglasses aren’t our main proposition, but they’re pretty striking and especially popular with our loyal customers,” Dan said. “All the offerings in our range outside of the clear blue light lenses were motivated by requests from customers.”

The company’s review page, which only features feedback from paying customers, is a clear testament to how happy many of them are.

“It’s really nice to know that we are making a big difference in the lives of people,” Dan said. “A lot of people are quite skeptical, and then they come back after two weeks and leave a review saying, ‘I can’t believe my headaches are totally gone.’ That makes my job worthwhile.”

Moving forward, the company has an eye on global expansion. Ambr Eyewear is already popular in the U.S., but earlier this year, the team launched international websites tailored to the French, German, and Spanish markets.

“In general, trends usually start in North America and make their way over to us,” Dan said. “As the blue light blocking market grows, we want to be one of the biggest brands in Europe.”

The company is also ramping up retail distribution partnerships, including a contract with Selfridges, an iconic luxury department store in the U.K., and in-flight shopping deals with several airlines.

“It’s an exciting time, and we plan to put a lot of work into the company,” Dan said.