By: Toby Sembower Updated: October 12, 2015
Follow "The Hosting Blog" daily as hosting experts, programmers, and tech managers go in depth on a variety of tech-related topics.

Yes, all of you Microsoft and Mac users, text editors are still a big deal in Linux systems! You may think graphical text editors are where it’s at, but in a world that is largely command line driven, things are different.

When speed and power are the top priorities, you can already launch, write, and email from a Linux text editor before Microsoft Word or Outlook even boot up.

Plus, if you’re connecting to a server across a less than perfect network, a lean text editor that only needs to transmit the bare minimum of data could be the difference between quickly updating that remote system configuration file or fuming over how slow everything is.

1. Vi (and Vim): an old faithful that still has friends

Vi or its later generation enhanced version, Vim, has been part of Linux from the start. You can duck in and duck out in a second, which is great for rapid changes in text files, like your list of things to be done.

User-friendliness is not its strong point, however. Some users get along fine with Vi in small doses. Others, with Vi so deeply ingrained in their psyche, manage to design whole websites with it. 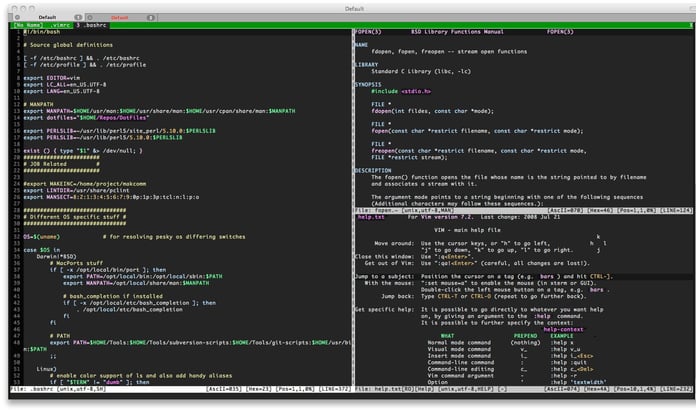 Pros: Vi is always available, no matter what Linux distribution you have. It’s also brutally efficient.

Cons: You’re faced with possibly the ugliest user interface of any text editor. Commands are short but often non-intuitive.

2. gedit: no nonsense, does the job

With an emphasis is on simplicity, gedit is the default Linux text editor for the GNOME environment. This text editor also has search and replace functionality, undo and redo, multi-language spell-checking, and tools for editing programming code and working with markup (HTML for example), as well as other structured languages.

Additional features include automatically detecting and alerting you to the modification of an open file by another application. 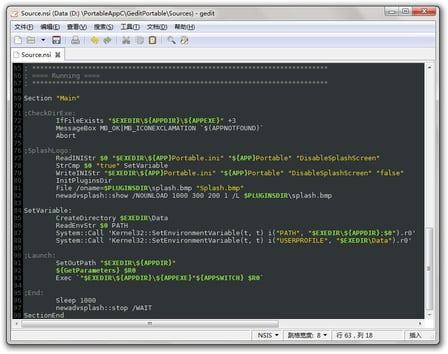 Pros: It’s well-known, popular, efficient, and its limitations may be overcome with available plugins.

Cons: It’s best run on a system with GNOME. For KDE, consider Kate (below).

To help users speed their emails along with the pine email system, the pico text editor was developed. Talk about small – at the last count, pico had all of a dozen commands available, which it helpfully displays at the bottom of the text editing area.

The nano text editor carried over the small and beautiful design objectives to become an open-source version of pico and add a few more features like, search and replace and smooth scrolling. This text editor also allows you to use a mouse or other pointer devices to position the cursor or activate commands on the shortcuts bar at the bottom of the screen.

Both pico and nano will check with you before making an action definitive and irrevocable, like vaporizing a file. 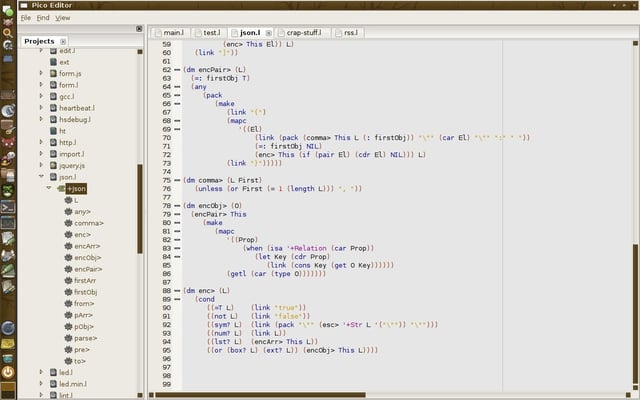 Pros: These are immediately available for emailing, with compact command sets you won’t get lost in.

Cons: There’s limited functionality and non-intuitive commands (like CTRL-O to save work?).

Want power? Try emacs. Shell access, practically unlimited open files and sub-windows, and a wicked way with scripts you can call up with keywords are defining features of emacs.

Different flavors of emacs exist to match the major programming languages for text highlighting of programming keywords as you’re coding.

In fact, when you have an emacs session open, you can write, code, email, or even play arcade games.

Also, emacs has its own on-board help system, which together with its extensive capabilities, including the user-defined creation of new commands, means you may never need to leave. 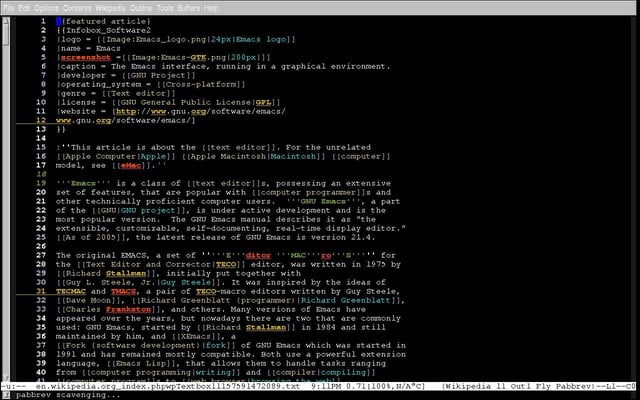 Pros: It’s powerful, customizable, and extensible, and it lets you express all of your creativity.

Cons: It relies on extensive use of the control key, leading to “emacs pinky” fatigue among heavy users.

5. Kate: sweet to get to know and work with

Getting to know Kate (short for KDE Advanced Text Editor) is simple. The learning curve is gentler than that of many other popular Linux text editors, yet the feature set is rich.

Kate also covers a span of text editor requirements from clean, basic text writing to an integrated development environment (IDE). Kate is a KDE application, which is good for KDE users but not so good for GNOME users.

On the other hand, Linux users who (against their will, of course) must use Windows or Mac OSX will be happy to know Kate will run under these operating systems as well. 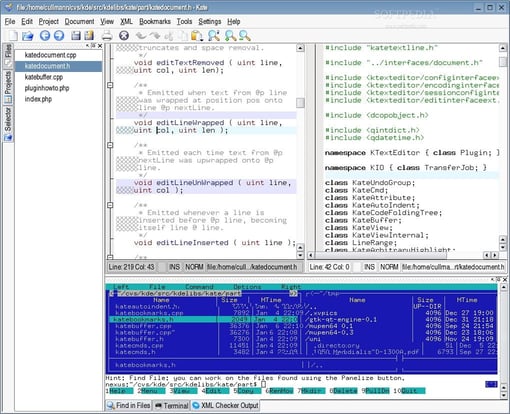 Pros: Window/pane splitting available, as well as the possibility to customize Kate’s functionality for different projects.

Cons: Plugins may not be so easy to find. Kate runs best under KDE. For GNOME, consider gedit (above).

And all the others…

Unfortunately, picking five Linux text editors doesn’t allow us to do justice to others that are firm favorites with users too, like Geany, Joe, Sublime, and many more.

Like Linux distributions themselves, there is a wide range of text editors to choose from, so if the ones above don’t quite meet your requirements, there’s still a good chance somebody somewhere in the Linux world has what you need.

Ask a question and Toby will respond to you. We strive to provide the best advice on the net and we are here to help you in any way we can.

Toby Sembower built and hosted his first website in 1998, when the Internet was often annoyingly referred to as "the information super-highway." Toby is the first to admit that site was plain terrible. Nonetheless, it piqued his interest in the Web, and he would go on to build, own, and operate (and host externally) sites totaling 100+ million visits on a variety of subject matters. Today Toby is CEO at Digital Brands Inc., a fast-growing firm that owns and operates a number of popular web properties.