pCloud: A High-Security Cloud Drive that Allows Users to Save and Sync Files and Folders Across Devices

TL; DR: Many of today’s workers use multiple devices to accomplish tasks, but connecting all those devices through the cloud remains complicated. To fill this need in the IT services industry, one group of developers has banded together to design pCloud. The platform allows users to easily share files on a cloud drive and access or download them from any device — including laptops, smartphones, and tablets — through its desktop and mobile applications. And unlike many cloud services, pCloud fosters collaboration between users by enabling link sharing, so anyone can view and edit files alongside the owner.

Trust in cloud computing is steadily increasing, and Gartner predicts that 28% of key spending in IT departments will be on cloud services by 2022. This points to a dramatic shift in thinking among businesses that, not long ago, had plenty of reservations about operating in the cloud.

“People are a lot more educated and eager to work with the cloud than they were five years ago,” said Andrey Yanakov, Lead Marketing Strategist for pCloud, a cloud storage company.

The company has seen a similarly impressive influx of customers during the last five years. When developers launched pCloud in 2013, cloud service adoption was around 18%. Andrey told us that, today, the number is closer to 25%.

Necessity has played a significant role in the massive move to the cloud. Because so many people have files on multiple devices, they need a way to access those files whenever and wherever they need them. For example, if workers have essential documents on their work computers, they may want ready access without having to manually migrate the data across devices. And cloud storage means users don’t have to depend on often unreliable hard drives as their only means of backup.

“The cost of recovering information on an external hard drive is extremely high and can often exceed $1,000,” Andrey said.

And, because they’re physical devices, they can also be lost or stolen.

With pCloud, users can both simplify and secure their documents, files, and photos. Instead of making users remember where they stored a particular file or folder, pCloud automatically updates their shared folders, so they can access a document no matter its origin.

When pCloud was getting off the ground, its creators combed the marketplace to see what product features consumers wanted that didn’t exist. They discovered a surprising lack of options for sharing files and folders across devices — or with multiple users.

“We couldn’t find anything that had more than one option for sharing or viewing files, but also had secure collaboration and file encryption,” Andrey said. “That was the trigger to create the pCloud team and start fulfilling our idea.” 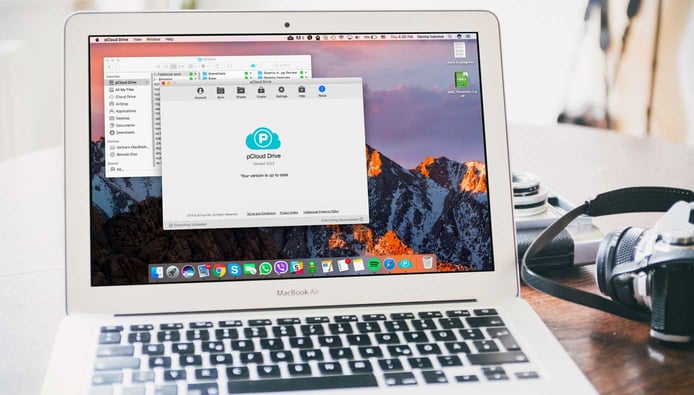 Users can make files available on all of their devices by simply dropping them into a synced pCloud folder.

Users begin by downloading the pCloud Drive app to all of their devices. As long as a user has the app on each device, including mobile, and uses the same credentials, files are synced across these devices whenever they are dropped into that folder.

But pCloud’s signature features are its file-sharing and collaboration tools that provide three options for sharing files or folders with others.

Users can share a link to a file or a folder to grant someone access to the documents — even if the recipient doesn’t have a pCloud account. They can also invite users into their folders, so they can collaborate to create documents together. Non-pCloud users can even upload their documents and files into a pCloud Drive so that a user can work on them.

User concerns about privacy and security have led to slower cloud adoption. That’s why pCloud was built on a foundation of security. From the beginning, developers understood that safety and privacy were essential features. Though many professionals saw that they could complete work on more devices, they needed to be convinced that cloud options offered sufficient protection. 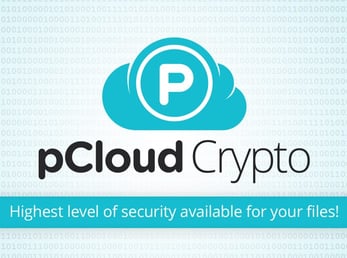 Files are secured at the device level through the powerful pCloud Crypto feature.

“There is a high demand in the market for security and privacy solutions,” Andrey said.

To this end, pCloud set out to make its platform the most secure cloud storage solution on the market. And the company is so sure of its security that it challenged hackers to break into its system. The prize: $100,000.

Over six months, nearly 3,000 hackers tried to break into pCloud. Some of the brightest hackers from around the world attempted the challenge — but none succeeded.

What is it that makes pCloud so secure?

For one, its pCloud Crypto feature offers client-side encryption, which ensures that files are encrypted on a user’s device before they’re uploaded to the cloud. No one other than the user can access them.

Further, the company offers a zero-knowledge policy, which means that no one at the company will ever have access to any user’s files. And, for another layer of protection, users can even lock their files with a Pass to make them invisible to others.

Developing Relevant Collaboration Tools for a Variety of Use Cases

As more individuals and businesses come to rely on the cloud, pCloud offers robust, secure services to make the switch seamless and productive. And the company continues to innovate not only its collaborative cloud storage platform but also its features and pricing plans.

Among the packages pCloud offers are its lifetime plans that allow users to pay a one-time fee to secure pCloud storage forever. Instead of getting a monthly or annual bill, lifetime users pay one price for 500 GB or 2TB that they can use for the rest of their lives.

“It gives users the chance to invest in a secure storage solution and eliminate the risk of losing their files to external drives, which have an average lifespan of around five years,” Andrey said.

Another unique feature is its family plan, which provides storage and access for up to four people. Family plan administrators can allot storage to each family member, and each user can keep his or her files safe. The Family Plan also offers a lifetime option, with users having access to 2TB of space forever for a flat rate.

Lifetime plans allow pCloud users to store all of their photos, files, and documents forever for a one-time fee.

The pCloud team has also developed features based on user feedback.

“We are more flexible and can add new features more quickly than bigger players,” Andrey said. “For example, we’ve implemented pCloud Public Folder, a feature abandoned by other cloud services but requested by many of our users.”

The company also offers branded links, that allow companies to highlight their brands when sharing files with others.

“Companies can really make a lasting impression by adding their own brand logo, cover image, headline, and description to the folders they share,” Andrey said.

And pCloud is still looking to fill in some of the missing pieces its developers found in the market when the company launched. By offering collaborative tools, security, and original features, pCloud has found a successful niche in the cloud storage market.