TL; DR: Though IO Zoom was founded just two years ago, the company has quickly made a name for itself in the VPS hosting space thanks to its high-performing virtual infrastructure delivered at some of the industry’s best rates. IO Zoom’s datacenters serve site owners from all major US business regions, with facilities in California, Texas, Illinois, Florida, and New Jersey. We recently caught up with serial entrepreneur and IO Zoom Founder Kiet Duong, who told us about his journey from web hosting’s beginnings to his position at the helm of a cutting-edge VPS provider. Kiet gave us a first-hand glimpse into how IO Zoom’s unique approach to support and managed virtual private servers is turning heads in the hosting space.

Kiet Duong’s noncompete agreement with his last company sale had finally ended, and, as a tireless entrepreneur, he knew it was time to start something new. Kiet was fascinated by the intricacies of web technology and its ability to connect people and ideas. And he was certain that if others could build thriving hosting businesses on their own, he could do it, too.

In 2004, the internet had finally begun to grow up, and there was no shortage of competition in the hosting space. But Kiet jumped in head first and began hosting a series of his own sites in a shared hosting environment. However, he was met with a less-than-stellar experience when he realized his downtime rates and monthly premiums were much too high.

While looking for a solution, Kiet discovered many were turning to virtual private servers as a more effective, higher-performing alternative to basic shared hosting. And, after finding information on IT forums on how to set up servers for independent hosting, he was hooked.

“I thought, ‘I can do this, too,’ and the entrepreneur side of me urged me to give it a try,” Kiet said.

Not long after, Kiet created the foundation for what would become IO Zoom. Kiet’s company now focuses on delivering managed VPS services from datacenters located in all corners of the US. Kiet’s goal is to help site owners build their online properties and web presence by providing customer-centered hosting with a commitment to continual innovation in product development.

Dedicated to Evolving Alongside Trends in the VPS Space

With VPS bolstered by user-friendly applications like WordPress and the cloud, the popularity of going virtual has been growing for years. Kiet took note of this trend while researching his new venture and was surprised by the change in the landscape.

“I noticed there was a huge boom in VPS,” he said. “For example, look at Digital Ocean. It’s a 100% VPS company. It’s crazy to think that Digital Ocean would be one of the biggest hosting companies in the world.”

But Kiet realized that many managed VPS providers were offering expensive packages that were out of reach for most users looking to scale their web applications. This pricing disconnect led Kiet to solidify IO Zoom’s fundamental mission.

“I wanted to combine something that had a lot of value and also offered managed services that were more affordable,” Kiet said.

IO Zoom feeds the demand from budget-minded small- and medium-sized businesses to keep things simple and cost-effective. At the same time, the managed services allow these site owners to focus on their business goals instead of the technicalities of hosting on virtual private servers.

“We’ve grown pretty steadily based on offering a product that is managed and designed to be out of the box for customers who are moving up from shared environments,” Kiet said.

Maintaining a Balance Between Quality Solutions and Affordable Pricing

IO Zoom’s customers consist of marketers, bloggers, and small businesses, all of whom are mindful of their budgets but are also looking to scale up from their shared hosting plans.

“When we say managed, we mean we pretty much do the whole thing,” Kiet said.

Users have the option to choose a control panel for IO Zoom’s managed VPS services. The company offers Plesk and cPanel and does the initial configuration and installation. 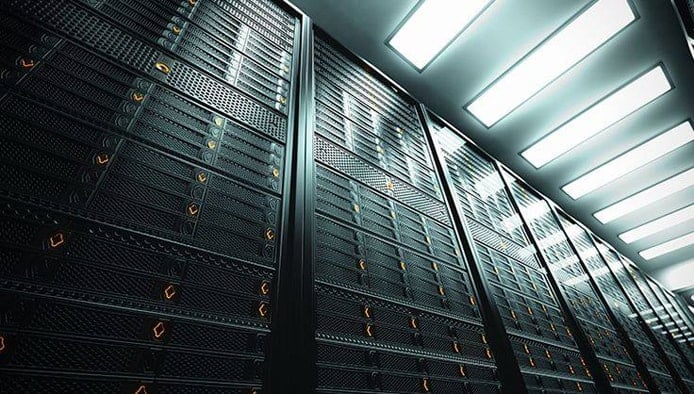 IO Zoom also supports third-party software and performs all the upgrade and patches in its managed service packages.

“We go the whole nine yards in our managed services,” Kiet said. “It’s included when you add on a control panel, so it’s very cost-effective that we aren’t tacking on that extra management fee.”

Kiet used basic cloud services as an example of how value can add up quickly.

“If a cloud package costs $5 and a user adds on a control panel for $6, that person can have a managed VPS for as little as $11,” he said. “You’re getting something (for) the same price as bigger companies, like Linode, offer but with stronger IT support and customer experience added.”

Bringing a Refreshing Support Style to the Hosting Industry

According to Kiet, all IO Zoom servers employ SSDs, new hardware, and the latest infrastructure technology, including equipment from Supermicro, Intel, Cisco, Juniper, and Samsung. And this is all housed in five datacenters across the US — with locations in Los Angeles, Dallas, Chicago, Miami, and Secaucus, New Jersey.

IO Zoom’s network is monitored by expert-level administrators around the clock and delivers up to 10Gbps DDoS protection with every plan. As a result, downtime and security are never issues for the company.

Kiet told us IO Zoom prioritizes creating optimal customer experiences because, in his words, “without customers, there would be no IO Zoom.”

“We’re not just going to give you a blank segment and say, ‘Oh, you have a self-managed server. We are only going to provide the basics of hardware and network,’” Kiet said. “We are willing to go further than anyone else when it comes to IT support and the overall support experience.” 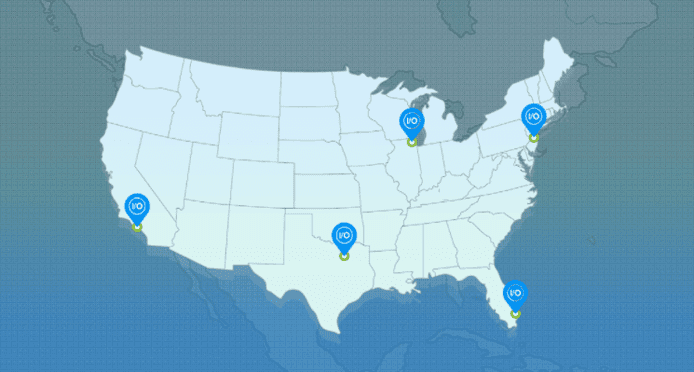 Housing datacenters throughout the US ensures site owners enjoy the best possible speed, uptime, and support.

And it’s not just IO Zoom’s founder who espouses the company’s hands-on approach. IO Zoom’s website is chock-full of user testimonials raving about the host’s services and support.

“[IO Zoom provides] stunningly quick and extremely professional customer service,” wrote site owner Doran Soft. “Sometimes they provide code level support. I haven’t had a single minute of downtime or any issues that would require me to contact support for any reason. They were very professional, walked me through every step, and explained everything extremely well.”

Kiet promises IO Zoom’s level of support will remain the same no matter how much the company scales. Again, for Kiet, it all circles back to the ground-level goal of helping customers achieve what they’ve set out to do on the web.

“Even as we grow, we won’t move away from that philosophy,” he said.

The Future: Expanding into Cloud Services to Help Businesses Scale

According to Kiet, the future of IO Zoom will involve leveraging ever-growing cloud technologies.

“We recently got into the cloud market, and I love how it works,” he said.

IO Zoom is using OnApp for its cloud services, and Kiet told us the company has already had a great experience with the platform.

“I just don’t see how anything else can continue without being on the cloud,” he said. “I think that’s the next generation of hosting.”

With its venture into the cloud, IO Zoom plans to offer more features for users such as rebuilding and auto-scaling options. Kiet said the aim is to build out a better interface so end users can have more control.

There’s no doubt Kiet and the IO Zoom team are passionate about their work. And, by delivering robust managed VPS solutions and new cloud hosting options for businesses, IO Zoom is positioned to continue to realize Kiet’s dream of helping other entrepreneurs succeed in the competitive online marketplace.

“My love for web technology has stuck with me until now, and I’m sure it will continue to for years to come,” Kiet said.

Ask a question and April will respond to you. We strive to provide the best advice on the net and we are here to help you in any way we can.

April FitzGerald has taught digital media technology at the college level for more than 10 years. Her courses focus on graphic design, multimedia production, and web design and development with a dash of programming thrown in. April's goal is to combine her artistic and technical skills to share entertaining tales of up-and-coming technologies and trends in the ever-changing digital world so that readers — from beginners to seasoned vets — can learn from and share in the experience.