TL; DR: The first customers Freethought Internet took on were friends and family. Today, the UK-based hosting company’s hundreds of clients may as well be family with the level of care and attention they receive. With just three employees working the customer service desk, Freethought has managed to keep clients happy and earns new customers only through referrals only (the company doesn’t advertise). We spoke with Director Kieran Jones about the advantages of being a small company and the satisfaction of building tailored solutions for specific client needs.

Whether you contact hosting company Freethought Internet by phone, email, or Twitter, you’ll get one of three people: Kieran Jones, the company’s Founder and Director, his business partner and Co-Founder, Edward Dore, or their one other employee, Lauren. This very small group handles hundreds of clients and thousands of websites — but to their customers, they’re just as efficient as a large customer service team.

“We’re not a big company, which always amazes people,” Kieran said. “We spoke to one of our long-term customers the other day who’s been a customer of ours for probably approaching 10 years, and she said she thought we just had a really clever ticket system that assigned it to someone she knew.”

Occasionally, customers will be concerned about the survival rate of such a small team — but they quickly learn that Freethought Internet knows how to stay competitive and meet their clients’ needs.

“Being a small company, maybe some people would be worried by that,” Kieran said. “But I think our customer reviews speak for themselves. We are small, but I think that’s an advantage. It means that we get to know our customers.”

What started in 2003 as a small hosting reseller for friends and family has remained a company that still treats every customer as such. In the beginning, a few family members wanted their own domain for email addresses, and the concept expanded from there.

“We’d start hosting a family member — an aunt or an uncle and then a cousin or another aunt — then, suddenly, we’re hosting their church or their community group or something,” Kieran said. “Somehow or other, we became a web host.”

Kieran Jones started his web hosting company at age 16 before merging with a friend and creating Freethought Internet.

In contrast to large hosting providers, answers to customer questions are more direct and immediate. The level of service that staff can provide is what Kieran said the company is most proud of.

Freethought Internet has never invested much in advertising. While the company once briefly worked with a marketing agency, the partnership didn’t bring as much business as the host expected.

Rather than have an ad campaign do the talking, Kieran prefers to let the quality of the company’s services and solutions speak for itself. Recommendations from existing clients have been Freethought Internet’s most powerful method of gaining new customers.

The company’s attention to detail and quiet innovation has drawn customers who run the gamut of business and service types, from large corporations to “mumpreneurs” — moms running businesses from home.

“I quite like the mumpreneur title,” Kieran said. “It’s amazing, some of the things they do. But they don’t know about domains and stuff like that. We’re able to help them set up their online shops, get card payments, and install SSL certificates.”

Many of Freethought Internet’s clients come to them after having a bad experience with another host. One of their many “rescue” cases, as Kieran calls them, was an insurance broker who lost his faith in web hosts completely.

“He was being scammed by his provider, and he’d got to this point where he just didn’t trust anyone in the industry,” he said. “So we rescued him, and we managed to get everything set up in a way that he now trusts us to provide his service.”

In the web hosting business, customers are used to shopping around for a ready-made solution that best fits what they want. Because Freethought Internet doesn’t do sales and marketing, it aims to be a responsive organization and work closely with clients to understand their needs.

“Very often, our managed server customers will come to us with a problem and want some help coming up with a solution,” Kieran said. “That is a lot easier than coming up with what they think is a solution and then asking us to sell it to them.” 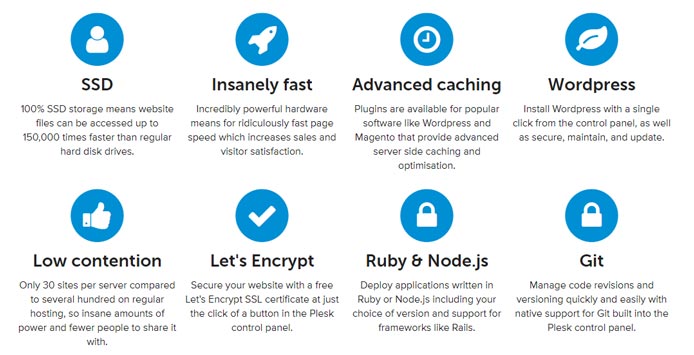 By limiting how many customers go on each server, ULTRA Hosting is exponentially faster than most shared hosting.

The company’s products come from paying attention to customer requirements. The company’s ULTRA Hosting package, for example, is a powerful shared hosting solution that helps bridge the gap for customers who need more than a crowded shared hosting server but aren’t quite ready for the expenses of VPS or dedicated options.

“We built a really, really powerful shared server that’s about four times the power of our normal hosting,” Kieran said. “We only put 30 sites per server, so it’s a really low contention service.”

A Focus on Ethics and Treating Customers Fairly

Although Freethought Internet has a lot to offer, it doesn’t believe in selling people stuff they don’t need. Ethics are of primary importance, and this philosophy plays out in everything from the services it offers to how its website is worded.

“A lot of companies will sell you stuff because that’s what you’ve asked for,” Kieran said. “We don’t. We consider ourselves an ethical business, and we don’t want to sell someone something just for the sake of making some money out of them. Because if they don’t need it, that’s not fair — we’re exploiting them with our technical knowledge then, aren’t we?”

Everything that Freethought Internet offers their customers is true and transparent. The company doesn’t claim to offer something it can’t deliver — such as 24/7 support or unlimited storage. 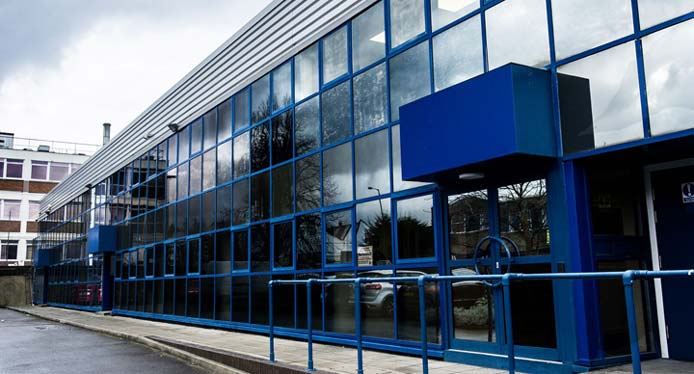 That doesn’t always sit well with customers, Kieran said, recounting a customer who recently canceled their service because the company didn’t offer either of those perceived perks.

“The thing is, we didn’t offer unlimited disk space because there’s no such thing,” he said. “There is always a limit. Eventually, you’re going to fill up the hard drive.”

It’s customer expectations like this that lead the company to do away with asterisks or fine print on its website, so it can be 100 percent honest about what customers are getting.

“Yes, these companies offer 24-hour support and unlimited disk space, but is it really unlimited and is it really 24 hours?” Kieran said. “We helped a customer the other day with moving a domain name, and it took their previous host, a large corporation, three days to answer an email.”

Commitment to Engineering (But Not Overengineering) Solutions

Much of Freethought Internet’s innovation is based on what customers ask for — but it’s not overengineered so that it’s overly complicated.

“Very frequently, when we’re talking to customers, we get to find out what it is that they need, what they’re looking at, and the problems that they’re having,” Kieran said.

Some clients, for example, need to upload a lot of multimedia files for customers around the world, and Freethought Internet can speed things up with custom builds. These setups can also help other customers with similar needs.

“We might look at how that is and say, ‘OK, we can build you a mini content distribution network (CDN),’ and build them something bespoke that specifically fits their need,” Kieran said. “We can help them build that CDN, and once we’ve built it for one customer, we can approach a few others who might be able to use it to see if that’s something they’d be interested in. That’s really how a lot of our products come to exist.”

In addition to customer hosting setups, Freethought Internet is also working on customizing off-the-shelf solutions by creating in-house software that pushes past the limitations of common tools.

“We use those solutions because they work and customers are used to them, but we do find that they limit us somewhat,” Kieran said. “What we really want to do is build in-house solutions to the control panels and billing systems to give us better control over how our customers interact with the products.”