How to Use SSH in Linux 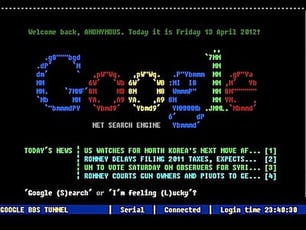 PJ is a professional web developer with more than 20 years of experience. His background began with writing small web applications using Perl, PHP, and MySQL in 1998. He has well-rounded experience with all aspects of web development, from server and database configuration to scripting, styling, design, and SEO.

Computers have become the life blood of running any business, no matter the size. With the complete dependability of businesses on computers, and the growing number of eavesdroppers, the need for enhanced security is felt now more than ever.

SSH is a well-known security protocol that is used by Linux and Unix users.

SSH is an acronym short for “Secure SHell” and was created and designed to provide the best security for those accessing another computer from a remote location.

In short, Secure SHell, or SHH, allows the secure exchange of data between two computers.

SSH is most commonly used by port 22 to connect one computer to another over the Internet. The encryption technology used in the SSH connection is as reliable as the latest technology can make it, which makes it the #1 choice for network administrators.

Network admins normally use the SSH protocol technology as a remote control way of managing servers that are dedicated to their business.

How Can SSH Be Set Up?

There are two main components when it comes to running SSH. One is the OpenSSH-server and the other is the OpenSSH-client. Clients of SSH servers communicate with the servers with the help of a secured connection.

If you are looking for a way to install both of them, you can simply run the command given below to get started:

In a terminal client, an operator needs to run the SSH commands manually by using the following command string:

Once you’re connected with the server, you will be automatically prompted to give a password. Type the password you’ve designated and hit ENTER.

Security is one issue that plagues many an operator. When you first log into the VPS or server, always do so as an administrator or root.

You can log in with your standard login account and use either sudo or su to execute a root command. Alternatively, you can disable root logins for increased security.

While Port 22 is the default SSH port, any available port can be used, which could very well add some anonymity to the SSH server, limiting the security.

While it is always better to access the server while on the go, make sure the computer you are using does not compromise the server’s security.

As mentioned earlier, SSH is an encryption method that makes it harder for hackers to sniff out passwords and other private information they want to protect online.

If the users key matches the one on the SSH server, access is granted automatically, while if the key is incorrect or missing, the SSH server asks for a username and password.

This makes SSH more secure as compared to its predecessor, Telnet.

Also, proper authentication is needed for users on the SSH protocol whenever they want to take part in any communication. This was not the case for Telnet users.

PJ Fancher is a professional web developer with more than 20 years of experience. His background began with writing small web applications using Perl, PHP, and MySQL in 1998. He has well-rounded experience with all aspects of web development, from server and database configuration to scripting, styling, design, and SEO. Today he brings his passion for web development to the team at Digital Brands Inc., helping to develop unique, high-quality, highly-optimized websites. He is ready to share his extensive knowledge and experience with the world of web hosting.

Other Guides You May Enjoy

What is Web Hosting? A Beginner's Guide

How to Increase Your PHP Memory Limit