TL; DR: Xen Orchestra, with the support of parent company Vates, provides an out-of-the-box solution for administering Citrix Hypervisor (formerly XenServer) and XCP-ng pools. The company operates with a passion for open-source technologies and top-notch customer service. With a recent push toward expanding its reach and helping businesses embrace its open virtualization platform, Vates and Xen Orchestra aim to gather a large community around the technical solutions of tomorrow.

In many ways, the Xen Project pioneered a movement in virtualization. Its earliest version, released by developers at the University of Cambridge Computer Laboratory in 2003, became the first type-1, or bare metal, hypervisor available as open-source.

Over time, the innovation inspired third-party developers to build tools to streamline the process of managing a Xen host. One such example was Xen Orchestra — a turnkey virtualization solution initially designed for the Citrix-owned XenServer hypervisor platform.

CEO Olivier Lambert and his co-founders started Xen Orchestra under parent company Vates, which he founded in 2012. “For internal reasons, we needed to create a web-based user interface to manage XenServer (now known as Citrix Hypervisor),” Olivier said. “But we quickly discovered that we weren’t the only ones who needed the product.” 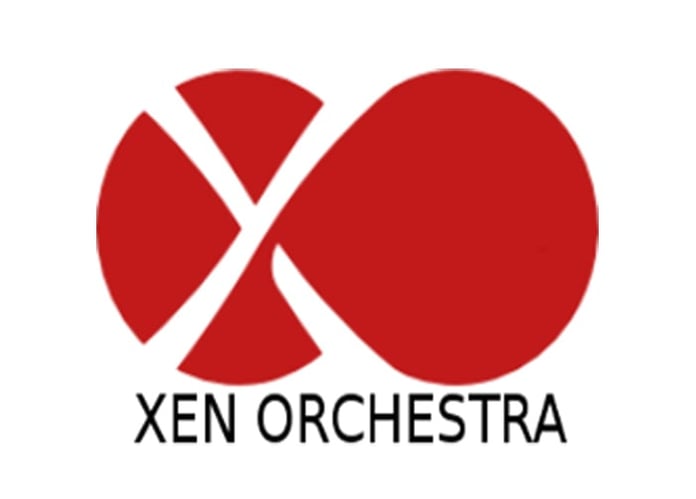 Xen Orchestra is the brainchild of parent company Vates.

Thus, Xen Orchestra was born, with the company releasing the first public beta in December 2012. “We built the platform to make it easy for users to identify the physical machines, or hosts, on which their virtual machines were running,” Olivier said. “We decided to do everything in open-source with a vision of a turnkey service with professional support.”

All was well until December 2017, when Citrix removed important features form the XenServer Free Edition and made new features available through proprietary technology only. The move not only threatened Xen Orchestra but the open-source community as a whole.

To gauge market interest, Olivier created a Kickstarter campaign requesting pledges for a free, 100% community-backed version of XenServer. The response was overwhelming, as participants contributed enough for Olivier to reach his goal in less than 24 hours.

From Open-Source Consultants to Software Professionals

With his financial objective met, Olivier decided to move forward with plans to create an open-source XenServer-based hypervisor with no feature restrictions. “We said, ‘OK, this is something people want, so let’s go hire some talent to work on it,’” he said. “Fortunately, we had funds from Kickstarter as well as companies that sponsored the project directly.”

It wasn’t easy to track down experts who could handle the technical challenges involved in forking XenServer in an open-source fashion — or to quickly assemble a community to rally around the project — but Olivier and his team succeeded on both fronts.

In April 2018, the company released the first version of the technology, known as XCP-ng, based on a fork of XenServer 7.4. Approximately a year and a half later, the open-source virtualization platform has attracted a vibrant community of over 2,000 forum contributors and has been downloaded more than 40,000 times.

The company is also a member of the Xen Security pre-disclosure list, which allows them to fix problems quickly and efficiently, and is working with three academic labs to advance Xen knowledge.

From a technical standpoint, the XCP-ng virtualization platform is made up of a hypervisor (Xen), a network stack (Open vSwitch), a storage stack (SMAPI), and an API (xAPI).

“Because we made a fork, it’s exactly the same idea between XenServer and XCP-ng — it all fits,” Olivier said. “That means we can also sell an XCP-ng support bundle with XenOrchestra, so you can have the whole open-source stack supported by the same company.”

Standing on the Shoulders of Virtualization Giants

Olivier is first to admit that Vates didn’t create the hypervisor or the Linux kernel — but said the company did “improve the glue” around those tools.

“Open-source, in general, is like a puzzle broken into pieces,” he said. “There are great software solutions out there, but you need to know how to assemble them to fit your needs. The value that we are delivering is providing technology that’s in one piece, so you just have to install it, and it is ready to roll.”

When compared with other open-source virtualization platforms, XCP-ng also stands out in its ability to provide a comprehensive solution in which everything works out of the box via an API.

XCP-ng users can leverage the web-based Xen Orchestra to manage hosts via a modern interface.

“Our ultimate goal was to provide something that’s completely open-source, with all repositories, doc, and dev processes publicly accessible, but also as turnkey as closed-source commercial products,” Olivier said. “That’s one of our most significant differentiators.”

Since launching in 2018, Vates has received numerous ideas from its active open-source community regarding how to improve the platform.

“With XenServer, Xen Orchestra was always open-source and sold using flat pricing, regardless of the number of hosts (physical machines) that you had,” Olivier said. “But with XCP-ng, companies started to ask for support on their hosts, which we would have to charge per host.”

Under its new business model, if Vates can secure deals with those overseeing hundreds of hosts, it will experience not just linear, but exponential growth. To support these future efforts, the company is working to double its internal staff from six developers to 12 by the end of 2021.

Raising Value Through a High Level of Service and Quality

Vates hopes to differentiate XCP-ng even further by providing companies the most impressive paid support possible, thus generating the funds to keep its license-free innovations moving forward in the development pipeline. After all, the company’s developers don’t work for free.

“In general, when you have a great open-source project with a lot of people working full time on it, it means that someone or some company is contributing financially,” Olivier said. “For us, it’s pretty simple — we aren’t selling anything to individuals, but we do have companies interested in paying for support, which also pays for the developers that continue improving the product.”

The company will place customer service at the core of its business, meaning every support representative will possess high-level developer knowledge — and customers won’t have to jump through multiple hoops to reach someone who can solve their problem.

“You can clone our open-source code at any time, so there’s no direct value in it,” Olivier said. “It’s far harder to copy the level of service we are providing with developers working on the project full time. So, for example, if you have a problem with storage, then it will end with a developer improving the platform’s storage stack.”

When it comes to ongoing development, Olivier said the company’s goal is to listen carefully to the feedback of its customers — paying or not. “What matters most is what people want,” he said.

A Push Toward Embracing Open-Source and Expanding Reach

In November, Vates announced that the company received additional support via a grant from the French government created to help startups invest in innovative projects. Over the next three years, it will receive approximately $1.3 million in funds dedicated to performance improvements and security hardening.

“We have a lot of innovating to do, especially in terms of improving the security of XCP-ng so we can introduce the product to sensitive sectors, such as health care, banking, and government defense,” Olivier said. “Security around installation is especially important after the Intel Spectre meltdown and ZombieLoad, among other big security flaws that were discovered in the past two years.”

Moving forward, the company also aims to expand its growing community. Xen Orchestra and XCP-ng have already received substantial traction within the open-source world, so Olivier is turning his attention to converting companies to open-source technology.

“The word disruption is quite strong to use, but we have the potential to cause massive shifts in markets toward open-source, and we hope to convince big companies to switch to our solution,” he said.