NGINX Plus: All-In-One Application Delivery Platform Empowers Developers to Manage Web Servers Without Waiting for IT

By: Alexandra Leslie Posted: July 28, 2016
Follow "The Hosting Blog" daily as hosting experts, programmers, and tech managers go in depth on a variety of tech-related topics.

TL; DR: Millions of innovators, entrepreneurs, and developers use NGINX for delivering sites and applications with performance, reliability, security, and scale. Not enough, however, know about NGINX Plus, which extends the features of the incredibly popular open-source web server into a complete application delivery platform. NGINX Plus empowers developers to have more control and access to their infrastructure, enabling them to execute projects with confidence in the long-term stability for which the NGINX brand has become known. We spoke with Technical Product Marketing Manager Faisal Memon, who shared with us the bevy of features making a good product even better.

We’ve all been there as developers: You have an exciting feature or project to work on, and you finally got in the groove. Zipping through code, you can finally zone everything else out and get some major work accomplished.

Except, wait — your infrastructure’s load balancing needs to be adjusted before you can move forward. That means stopping your work, submitting a ticket to IT, and twiddling your thumbs while you wait for them to resolve the issue (not to mention hoping they get it right on the first try).

If you had NGINX Plus, however, you could manage your own load balancing by yourself and get back to work much faster. The premium version of the world’s most popular open-source web server gives you more oversight on how the infrastructure operates, according to Technical Product Marketing Manager Faisal Memon. NGINX Plus empowers developers by automating key steps of building out an application and delivering new features to users, such as session persistence, health checks, and monitoring.

“There’s nothing more annoying than having to stop work and wait for someone else to do something before you can continue,” he said. “With NGINX Plus, not only will your users get content faster, but it will reduce workloads on the backend and application servers, as well. You’re getting more efficient usage of your existing resources.”

As if the open-source level of NGINX wasn’t popular enough, engineers and developers added a variety of features that enable customers to use NGINX Plus as a load balancer or application delivery controller.

Even though they made a powerful and popular platform even stronger, “a lot of people don’t even know there’s an NGINX Plus,” according to Faisal. “It’s a supported product you can use now. People love using NGINX as their web server. With NGINX Plus, you get that same experience at other points in your application infrastructure.”

NGINX Plus extends the reverse proxy capabilities of the open-source version of NGINX with an additional load balancing method. Additionally, all methods were further optimized to run more efficiently on multi-core servers.

“Load balancing enables you to scale out your website so that you have some redundancies built in” Faisal said. “If there’s something wrong with one of your servers, there are other servers that are able to handle the loads. Error handling capability with a load-balanced architecture is pretty much the industry standard for scaling out applications.”

Using NGINX Plus as a content caching layer will significantly improve site performance, increase server capacity, and reinforce greater availability, according to Faisal.

The faster a user can get content the better — after all, time is money. According to an article on Fast Company, Amazon determined that just one second of extra load time would cost the company $1.6 billion in sales each year. By slowing down its search results by only four-tenths of a second, Google calculated that they would lose eight million searches per day.

NGINX Plus also includes a cache purging feature that enables users to immediately remove old cache files, making sure all site visitors are getting updated dynamic content. By caching content on dynamic pages, you remove workloads from both the server and database level, Faisal said.

“You’re effectively eliminating a rather large percentage of that work from the pipeline,” he said. “That tends to greatly improve performance and reduce cost, since you can go with a smaller server. You don’t need as much processing power on the backend.

Whether you’re fixing a typo or rolling out a new feature, NGINX Plus streamlines deployment to the production environment.

Instead of the manual, open-source NGINX method that included modifying the configuration file, deleting servers and applications and reloading everything, Plus users just need to change the server location within the DNS and let NGINX get to work.

Before coming to NGINX, Faisal worked as a software developer at Cisco Systems for seven years. Wanting to learn the business side of the industry, he switched to marketing positions for the following six years or so before getting hired at NGINX.

Being his first open-source employer, NGINX has introduced Faisal to the debate of making something open- or closed-source.

“We’re having that debate constantly, which I always think is interesting,” he said. “Developers and technical people want to make everything free, because we want to help out the community. So when we do make something closed-source, the decision is always tough and pretty deliberate. We think the feature is something that can provide a value to the point where people will subscribe to our software.”

Individuals to Enterprises: Attracting Developers with a Range of Resources

Faisal said the company wants to attract the full range of potential customers. “We try to cover as much as we can of the whole spectrum,” he said.

With a focus on building the next generation of digital businesses — they already boast disruptive brands like Airbnb, Netflix, and Uber — NGINX’s Innovators Program offers unlimited developer licenses for NGINX Plus customers and free NGINX Plus for entrepreneurs of small businesses.

On the enterprise side, Faisal said NGINX closed deals with McDonald’s, Major League Baseball, and Expedia in the past quarter.

San Francisco to Russia: Operating a Company Across Continents

Faisal and the rest of the sales and marketing team work in San Francisco. The core engineering and support team operate out of Russia, where Chief Technical Officer Igor Sysoev created NGINX to solve the performance issues he was seeing at his workplace in the early 2000s.

“There’s always that cultural difference and that challenge of working with people that do things differently and work differently than us,” Faisal said. “They’re also located in a time zone that is 10 hours ahead of ours.” 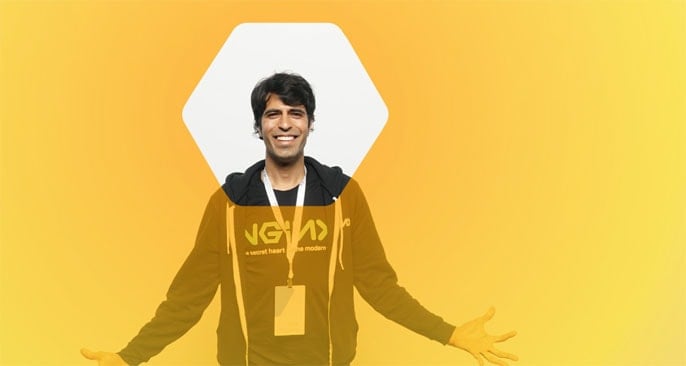 Faisal knows only one word of Russian: “privet,” which means hello.

He described his Russian co-workers as very matter-of-fact and to-the-point. While that can be challenging at times — “if they don’t like something, they’re not afraid to say it,” Faisal said, laughing — he can see the Russian influence on the successful platform.

“NGINX is a very simple, very lean product, and that comes a lot from the Russian philosophy,” he said. “They’re very stripped-down and no-nonsense about their approach.”

Past, Present, and Future Features in NGINX

“We’re always kind of in this phase that as we’re laying down one product launch, we’re preparing for the next one,” he said. “It always feels like there’s action going on.”

Past: Adding Support for HTTP2

Toward the middle of last year, NGINX added support for HTTP2 — a development cosponsored by NGINX power users Dropbox and Automattic.

“That feature has been a pretty big hit for us in terms of adoption,” Faisal said. “We got lots of questions from the field and lots of interest from our customers, both on the open-source side and the Plus side.”

In mid-June, NGINX launched a free public beta of Amplify, a GUI-based monitoring and diagnostic tool that provides real-time data and actionable insights to improve NGINX performance and security.

“As the company that is building the product and knows NGINX the best, we can analyze the configuration and the way you deployed NGINX,” Faisal said. “We can provide ways to improve it and to secure it based on our best practices and knowledge of how to use the product.”

Currently, engineers are working to add the ability to embed JavaScript, the top language on GitHub for the past three years, into the NGINX configuration file.

“It’ll make it a lot easier to do custom actions,” Faisal said. “Having a language that frontend developers are extremely familiar with that can be used to do complicated configurations make it so much easier and faster than figuring out the NGINX configuration language.”

NGINX Focuses on Developers With Creation of New Features

At each step, NGINX Plus seeks to make life easier for developers by focusing on convenience and efficiency to promote greater long-term stability, security, and scaling.

“NGINX Plus is about empowering the developer to be as self-service as possible to not only improve the quality of their work and their life, but also to improve the quality of their product,” Faisal said. “They can work without the overhead that they’ve had before. We’ll take care of getting them a healthy network so that people can reach their product.”