By: Sean Garrity Posted: May 28, 2019
Follow "The Hosting Blog" daily as hosting experts, programmers, and tech managers go in depth on a variety of tech-related topics.

TL; DR: Greenhost provides hosting for NGOs and businesses that take ethical issues and sustainability seriously. The company was built to offer leading-edge IT services while conserving natural resources through energy efficient datacenters and an environmentally friendly culture. Greenhost has also taken stands for digital rights and privacy by supporting organizations that champion those causes. That dedication helps Greenhost’s customers have a positive impact both in their communities and online.

Customers looking for hosting providers with state-of-the-art infrastructure have many options from which to choose. But Amsterdam-based Greenhost has found a way to differentiate itself from that crowded global market.

In addition to owning all of its hardware and infrastructure, Greenhost provides ethical services that support three critical areas — sustainability, internet freedom, and data privacy. And the company manages to accomplish that while offering clients a robust virtualized platform.

Sustainability is what first inspired Greenhost to offer ethical hosting, and for more than 15 years, the company’s mission has been to make every step of its production process as environmentally friendly as possible. Internet freedom is also close to Greenhost’s heart because its team regards the web as a medium for accessing information and a platform to express and form opinions. Those convictions play an active role in several of the host’s projects that support digital security and human rights. And alongside those issues, Greenhost also keeps data privacy top of mind when making decisions.

The company is thriving as more businesses are starting to demand that hosting services balance high performance with ethical standards. Since its beginning, Greenhost has worked with international non-governmental organizations (NGOs) that need a strong internet presence to support their missions, but refuse to take shortcuts on the path to doing the right thing. As word spread about its services, Greenhost’s customer base grew, and today includes SMBs that are looking for alternatives to traditional hosting services.

“Not all of these companies have unlimited resources. That’s especially true of NGOs, whose backers demand they spend money on their missions, not on their websites,” said Mart van Santen, Greenhost CTO. “These organizations trust us because we give honest advice. We don’t upsell. We listen to our customers’ goals and tailor our solutions to fit their specific needs.”

Why Sustainable Hosting Matters Now More Than Ever

While Greenhost officially launched in 2001, it started hitting its hosting stride in 2007. At the time, sustainability was emerging as a hot-button issue in Europe. In July 2006, five European countries experienced the warmest month they had ever measured. Then, in early 2007, the United Nations reported that the world was going through a record-breaking period of extreme weather.

As news about climate disasters and the effects of global warming became more prevalent, business owners began to better understand how the internet’s significant power demands were having adverse pressure on natural resources.

Greenhost is committed to eco-friendly hosting solutions in both its infrastructure and company culture.

“Back then, the hosting market was already very competitive. It was almost impossible to compete based on price, so we were searching for a unique identity,” said Mart. “In our day-to-day lives, we were committed to making eco-friendly decisions, so positioning our company as the most sustainable host lined up nicely with our personal ideologies. Other hosts claim that they’re sustainable, but we’ve been eco-friendly since the very beginning.”

Early on, Greenhost had to make some tough decisions. The company wanted to be a truly sustainable host, so it had to do what was right, no matter the cost. The team executed big changes, like moving to a different datacenter, and small changes, including using recycled paper and stocking the office kitchen with fair trade coffee.

“Our philosophy is that sustainability needs to inform everything we do,” said Mart. “Of course, it’s impossible to always make the most sustainable decision. For example, if you want to fly to the other side of the world, it’s tough to do that in a sustainable way. But we can at least consider every possible alternative. That’s deep in our DNA.”

When companies make tough decisions, they often have to face hard truths. Greenhost decided that it wanted to fight for sustainability and enthusiastically embraced the eco-friendly hosting movement — but it quickly realized that it needed to make more of a difference.

“We discovered we could only control so much. We asked our suppliers to have more sustainable hardware, but they often have a lot of customers, and we’re just one host among many,” said Mart.

But that realization eventually led to Greenhost becoming an even more ethical business. Instead of giving up, workers asked themselves, “Why stop at sustainability?” That’s when Greenhost started championing more causes. 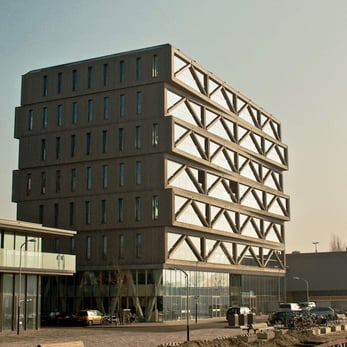 Internet freedom has been a hot topic in Greenhost’s home country of the Netherlands.

Greenhost started hearing a lot of discussion in its local market, the Netherlands, about internet freedom, digital human rights, data retention, and similar issues starting around 2011. Those were areas that aligned with its mission, so it became an advocate for them.

“We were looking for a challenge, and we didn’t want to adopt an easy cause, so we decided to take an active position in the debate about how customer data should be treated and about how hosts should cooperate with authorities,” said Mart. “We enjoyed the debate, we liked the discussion, and we’re still happy to be a part of it.”

As part of its commitment, Greenhost participates in a variety of digital security and human rights projects. If the website of a journalist, activist, or NGO comes under attack, they can request help from Greenhost’s own Rapid Response Team. Greenhost also supports Totem, a digital security and online privacy educational platform for journalists and human rights defenders, and other useful tools.

While Greenhost’s internet freedom and digital human rights mission began with a focus on Europe, it has since gone international with the work. Over the last few years, it has collaborated with NGOs all around the world, teaching them how to store data, work with governments, and use privacy-boosting internet tools.

While Greenhost began with a mission to provide ethical hosting that adheres to principles of sustainability, internet freedom, and privacy, it also maintains a cutting-edge hosting infrastructure that supports the needs of a growing client base. And the technology it deploys will help further its goals.

That’s why the team follows hosting trends closely and tracks significant changes in the marketplace.

“We see that smaller customers are abandoning shared hosting infrastructure. The growth in that market is more or less over,” Mart said. “That means many customers are migrating to cloud and VPS systems and services, which need to be more scalable. For us, that means working on challenging — but also more interesting — projects.”

The Greenhost team is selective about new projects because it wants to ensure that it knows which new tools are flashes in the pan and which will continue to add value to products for years. Right now, there are two developments that they find particularly exciting. 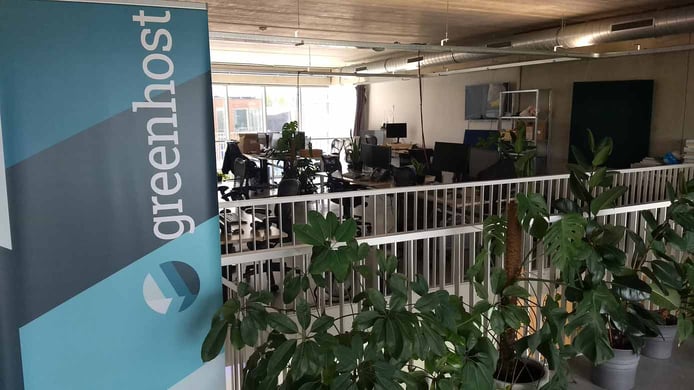 The Greenhost team works hard to establish which hosting trends are most likely to have a long-term impact.

Greenhost is adding Kubernetes, a dynamic open-sourced managed cloud resource. Its internal development team is working on an OpenAppStack built on top of Kubernetes that will empower NGO’s to take control of their data by deploying their own alternatives to popular online office environments. And customers can set it up themselves, without having to hire technicians to build and maintain the system.

Greenhost works hard to live up to its ethical standards and stay on the leading edge of technological advancement, but it is especially proud of the personal touch it provides each of its customers.
“Every time we have a new client, we guide them through the process, help them set up shop, and build an optimal connection between us,” Mart said.