By: Christine Preusler Posted: February 17, 2020
Follow "The Hosting Blog" daily as hosting experts, programmers, and tech managers go in depth on a variety of tech-related topics.

TL; DR: G-Core Labs, headquartered in Luxembourg, is an international cloud and edge solutions provider with a global infrastructure so robust it’s featured in the Guinness World Records. The company’s CDN, hosting, and security services come in affordable, all-in-one packages designed for a range of consumers across industries. Throughout 2020, the company plans to strengthen its global presence while launching a continuous stream of updates and new products.

Much to my dismay, my husband’s favorite pastime involves sitting in front of the TV, Xbox controller in hand, as he navigates armored military vehicles through the charred war scenes of World of Tanks.

The online multiplayer game captures his attention like nothing else. What can I say? Love is a battlefield.

I wouldn’t mind at all if a technical glitch brought down the whole system from time to time. But it won’t. 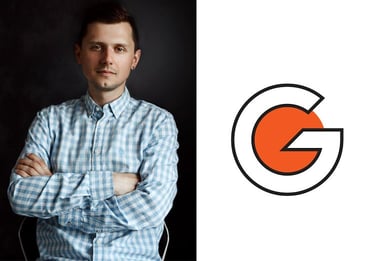 Dmitry Samoshkin, VP of Products, gave us the scoop on G-Core’s cloud and edge solutions.

The oh-so-reliable game is supported by G-Core Labs, a cloud and edge solutions provider with a global infrastructure that’s always ready to sustain any load.

“We evolved World of Tanks with the support of G‑Core Labs, overcoming challenges and reaching new heights together,” said Victor Kislyi, CEO of Wargaming.net (the parent company of World of Tanks) in a testimonial. “Believe me, it takes years to build an always-on infrastructure that can handle over a million peak concurrent users (PCCUs).”

Dmitry Samoshkin, VP of Products at G-Core Labs, said one of the company’s earliest goals was to accommodate the traffic spikes commonly faced by gaming and entertainment companies — and it rose to that challenge. “Now, we can safely say that we can handle any peak load easily, even the most powerful ones,” he told us.

Today, G-Core Labs offers a comprehensive selection of cloud and edge solutions that come in affordable, all-in-one packages suitable for growing businesses in a range of industries. The Luxembourg-based company’s services include a robust CDN, managed hosting, advanced media platforms for streaming and video on demand, DDoS production, transcoding, and cloud-based storage, among other tools.

And there’s more to come: Moving forward, the company plans to strengthen its global presence while launching a continuous stream of updates and new products.

Providing High Availability and Low Latency for Nearly a Decade

G-Core Labs, now a leading global IT solutions provider with nearly 250 employees, was founded in 2011 in Vienna (the company moved its headquarters to Luxembourg in 2015).

“Ten years ago, we were experts in designing and supporting high-load systems,” Dmitry said. “We developed custom solutions for other companies and launched in new regions based on their requirements.”

The company soon added hosting infrastructure and a CDN with multiple points of presence. With an early backbone network made up of seven datacenters in six cities, G-Core Labs was officially born.

“We have grown from a small startup into a company that has four offices in three countries and 200-plus employees, and we rank among the top 10 service providers worldwide,” Dmitry said.

The company’s name, which means “Gaming-Core” is a reflection of its history in online gaming, which includes building the robust server infrastructure for Wargaming.net. (Yes, that’s the same infrastructure that keeps my husband’s beloved World of Tanks up and running 24/7 — whether I like it or not.)

In addition to Wargaming.net, G-Core Labs now serves international and regional businesses in the telecommunications, finance, media, gaming, and publishing industries, including Bandai Namco, Sandbox Interactive, Nevosoft, Michelin, Tinkoff Bank, and RedFox Game, among many others.

A Robust International CDN Featured in the Guinness World Records

G-Core Labs is particularly proud of its CDN, which was designed with a focus on performance and security, and supports even the heaviest loads thanks to the company’s global infrastructure.

“After achieving this success, we decided to create, on its basis, an all-in-one service to accelerate the delivery of games, videos, broadcasts, web applications, software, ads, and websites,” Dmitry said.

G-Core Labs has amassed points of presence on nearly every continent.

Thanks to its CDN, the company achieved another major milestone in 2018 when it helped broadcast two popular events: The UFC fight between Conor McGregor and Habib Nurmagomedov (during the fight, peak traffic reached nearly 2Tbps) and the FIFA World Cup in Russia.

And, in 2019, the company was ranked as number nine on a list of the world’s top CDN providers, beating out widely recognizable brands, such as StackPath CDN, KeyCDN, CDNetworks, and the OVH CDN.

Today, G-Core Labs has over 200 cache servers in more than 50 points of presence on all continents except Antarctica, with the best CDN performance in Russia and several European countries. Dmitry told us that the company’s wide-ranging infrastructure is essential to its success.

“These days, all progressive companies are starting to use edge computing; they invest in infrastructure to meet their clients’ needs, and launch expensive points of presence in regions like Brazil, Africa, and India,” he said.

Dmitry told us G-Core Labs is known for providing clients a number of benefits via its vast product catalog.

“We can state with confidence that we have the widest coverage worldwide: from South America to the Commonwealth of Independent States (CIS) to Africa — something not many other providers can boast,” he said. “And our services are suited for any kind of customer’s needs: from a video player or a server to a complex cloud.”

According to Dmitry, the industry is shifting toward all-in-one solutions, as customers are no longer looking for a single product, such as hosting or a CDN. Instead, they want to purchase a whole range of services from one vendor.

To that end, the turnkey business model at G-Core Labs allows consumers to save time and money while enjoying high-quality, customized services.

“They don’t have to allocate a huge portion of their budgets toward infrastructure, engineers, licenses — we have already created everything our clients need,” Dmitry said. “All they have to do is click a few buttons.”

G-Core believes in the value of this service model so much that it informs the company’s philosophy.

“Our guiding principle is simple: the customer can access a wide range of services from a single personal account,” Dmitry said. “Clients don’t have to look for third-party vendors to address their needs — they can have it all in one place.

When it comes to internal development, G-Core Labs leans heavily on feedback from its customers.

“We are focused on our customers’ needs and aim to make products exactly how they want to see them,” Dmitry said. “Each product has its own designated unit: a team led by a product owner that improves it daily.”

The G-Core Lab team, which Dmitry describes as “cross-cultural, young, and open-minded with a team culture based on the proactive, friendly, professional, and collaborative nature of its members,” has a busy year ahead.

“In 2020, we plan to further strengthen our presence in the U.S. and Asia, and to become event partners and sponsors in these markets,” he said. “As for products, this year we’re launching DNS and cloud services, and also actively working for startups and creating an equally high-quality low-cost product.”

Ultimately, the company’s goal for 2020 is to provide its customers with the best network coverage possible while continuing to lead the CDN market.

That’s news that my husband — as well as businesses in the global telecommunications, finance, media, gaming, and publishing industries — will be excited to hear.