Run For People, By People: HUMANS is a Fast-Growing Platform Reshaping the Job Market with a Decentralized Take on Recruiting

By: Christine Preusler Posted: February 3, 2020
Follow "The Hosting Blog" daily as hosting experts, programmers, and tech managers go in depth on a variety of tech-related topics.

TL; DR: HUMANS, founded in 2016, is a talent marketplace helping people find the workers they need and the jobs they want — without an intermediary or associated fees. The company has rapidly evolved the platform into a decentralized, peer-to-peer network that uses data science and AI to power a global human resources bank. As HUMANS breaks into the B2B hospitality market, it hopes to radically change the way employers and employees approach human resources.

There’s no doubt that the internet has changed the way we communicate — allowing us to leap from isolated community puddles to vast social media streams where we can share our ideas on a global scale.

But the decentralized internet, often referred to as Web 3.0, is poised to open the floodgates of communication on an entirely new level. By leveraging peer-to-peer (P2P) networks, rather than relinquishing power to tech mammoths, users can take back control — governing their own data and actions. 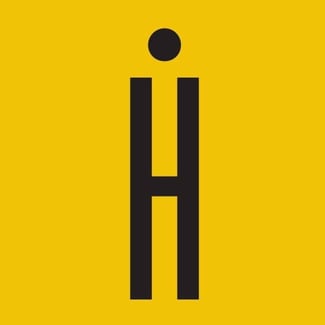 In the recruiting space, decentralization presents an opportunity for employers and employees to eliminate the middleman and interact freely via common communication channels. One such channel, the HUMANS platform, is making it possible for employees and job candidates to connect without input, fees, or restrictions from a centralized authority.

“Right now, we have more than 270,000 people who use HUMANs to engage effortlessly, without barriers,” said Konstantin Dylko, Marketing Director at HUMANS. “The platform allows them to explore job opportunities or find workers with the skills they need.”

With HUMANS, users can browse everything from side gigs to full-time vacancies and connect with experienced professionals in a variety of categories — from cleaning, moving, and home improvement to business services, tutoring, and digital design. Users can even leverage the platform to buy and sell goods.

Ultimately, the folks at HUMANS hope to evolve the technologically advanced platform, powered by data science and artificial intelligence, into a global human resources bank. For now, that mission includes entry into the B2B hospitality market — where the company is currently focusing its efforts.

He is the creative force behind Booba, an animated cartoon chronicling the adventures of a naive but eternally joyful creature as he soaks in his newfound surroundings.

Vlad also served as CEO of the Russian telecommunications company MVNO Yota. He stepped away from the position in 2019 to carry out international projects, including work on HUMANS.

“Originally, he and an angel investor decided to create a network to help people who were starting a job in a new country find a compatriot,” Konstantin said. “But he quickly realized it was not only about compatriots — it was about finding humans, in general, who will help you with anything you need.”

The platform has evolved significantly in the few short years since its 2016 founding.

By the time he set up the platform’s infrastructure, Vlad had identified a significant hole in the market in terms of gig-economy job recruitment.

“People were having real issues looking for part-time and full-time jobs in a number of sectors where the approach is much different than an investment banker using LinkedIn for networking,” Konstantin said. “So, we began developing our platform to help connect workers to companies.”

Rather than providing a niche platform for professionals, HUMANS aims to bring together a wide range of people seeking and providing nearly any service you can name.

Today, HUMANS is also helping companies in the New York and New Jersey area find employees from a B2B perspective. “We’ve come a long way from 2016 to 2020, and we’re still looking to move into new segments,” Konstantin said.

The company’s value proposition is tied closely to the benefits of decentralization in that it puts potential employees in direct contact with those looking for workers. The best part? It does so for free.

“You don’t have to use expensive agencies, post ads on Google or Facebook, or use services like Indeed or Monster to find the necessary people for your business,” Konstantin said. “There are no costs for engagement and no commissions.”

The HUMANS app is also available for free, allowing users to access a range of capabilities on the go. The app’s smart search engine and geolocation features enable users to find work where and when they’re looking for it, while chat functionality makes real-time negotiation a snap.

The app includes a built-in payment system with no associated fees. In comparison, apps such as Uber are known to take hefty cuts from drivers in the form of booking fees and commissions.

In line with the benefits of decentralization, HUMANS also brings transparency to the recruiting space. Users don’t have to wonder whether reviews are genuine because all recommendations come from people with similar assessment criteria.

In addition, those seeking workers don’t have to worry that the job candidates they are presented received preferential treatment based on paid membership plans, such as LinkedIn Premium. Everyone receives equal access to the platform.

The HUMANS staff includes more than 50 teammates across offices in New York, London, and Belarus plus an advisory board of tech visionaries. The company leverages this wide range of expertise, as well as state-of-the-art technology, to power the company’s platform.

For example, the HUMANS platform catalogs the skills, experience, and knowledge of humans across the globe using data science and artificial intelligence. Through smart contracts and transparent transactions across the blockchain, HUMANS aims to create a global human resource bank empowering users to easily send and receive payments for work.

In addition, a semantic search engine boosts accuracy and relevancy by taking into account the contextual meanings of each query. Job hunters can search for opportunities using keywords, company names, job titles, and location. Employers can easily find people with the skills, knowledge, and experience in nearly any category. Filters make it easy to narrow searches, while an interactive map helps users find local members.

HUMANS assigns each job hunter a unique ID to make it easy for clients to find them with a search. Many users include this ID on their business cards and social media profiles to make connections.

The company’s founders also designed the platform to ensure data protection. Due to its decentralized nature, the system is inherently resistant to attacks. Malicious actors cannot exploit a single point of failure: To jeopardize the system, they would have to access billions of nodes, which is highly unlikely.

Up Next: Breaking into the B2B Hospitality Market

Konstantin told us that HUMANS will not fall victim to a short-sighted approach — the company is in it for the long run. As part of a comprehensive plan to make waves in the B2B space, the team is currently working to better serve hotels and restaurants in the New York area and beyond. Konstantin said HUMANS is a perfect fit for the hospitality market.

“For example, I have a friend in New York who runs some restaurants and spends a lot of money on recruiting agents,” he said. “I said, ‘You should use HUMANS because we have more than 5,000 people registered with the skills you need for restaurants.’ He liked that it’s easy to use and a free source for hiring people.”

HUMANS is also putting in a lot of work under the hood to continuously enhance the platform’s performance — and thus ensure the best possible user experience.

“Expect some improvements around the first quarter of 2020,” he said.