Enjoy Secure, Uncensored Internet Access with Psiphon: An Open-Source Circumvention Tool That Goes Above and Beyond a VPN

TL; DR: Psiphon, a comprehensive censorship circumvention tool, is removing barriers to an open internet through a private network of servers. The free platform’s powerful combination of secure communication and obfuscation tools allows citizens to go beyond censorship borders imposed by governments. Between its current compatibility with Windows, Android, and iOS and new developments on the way, Psiphon is putting the power of open-source technology to work for oppressed internet users worldwide.

Much like running water, electricity, and transportation, access to a free and open internet is something that many of us take for granted. But we shouldn’t: According to a study on the shifting landscape of internet censorship worldwide, filtering techniques are employed by 26 countries, with the most pervasive censorship occurring in China, Saudi Arabia, and Iran. 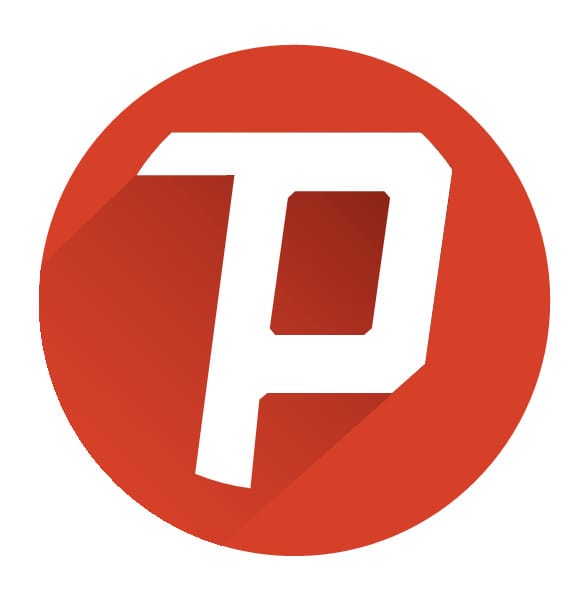 Psiphon serves as a weapon in the fight against online censorship.

Unfortunately, this trend shows no sign of stopping — in fact, research indicates censorship is expanding in both scope and depth worldwide. Since 2015, for example, the Malaysian government has censored news channels that report on the Prime Minister’s alleged billion-dollar corruption scandal. As of 2017, Egypt has blocked access to 21 political sites it deems critical of the government. And, as a result of 2017 political tensions between Hamas and Fata supporters in Gaza, the Palestinian government began blocking news sites that provide divisive viewpoints on Palestinian politics.

But citizens in countries that impose state-sponsored filtering techniques do have some options. Psiphon, for example, is an open-source Internet Freedom tool designed specifically to support users in the most censored countries worldwide.

“Governments and companies are getting more and more sophisticated in their ability to block and control internet traffic,” said Alexis M. Gantous, Business Development and Analytics, at Psiphon. “Every time they find new ways to block or inspect traffic, we find ways to keep people connected.”

Psiphon empowers users to remove barriers to an open internet by leveraging a resourceful combination of secure communication and obfuscations tools. This allows citizens in highly censored countries to reach beyond digital borders and access blocked content through a secure network of servers. Psiphon’s current compatibility with Windows, Android, and iOS, plus new developments on the way, is putting the power of open-source technology into the hands of internet users across the globe.

Michael Hull, who started Psiphon in 2006 as a project at the University of Toronto’s Citizen Lab, had the vision to turn the project into a sustainable business early on. Through his leadership, Psiphon has remained at the forefront of the censorship mitigation industry, and he now helps more than 10 million people access content on the Internet per week.

“My personal favorite thing to tell the world about Psiphon is that we take care of it all,” Alexis said. “The end user doesn’t have to be very tech literate or configure anything. You download the tool, press start, and Psiphon’s sophisticated network will take care of everything else.”

Alexis said that Psiphon will be free — forever — for anyone who needs it. There are no 30-day trials or data limitations. “The barriers to entry to be able to access what you need are set as low as possible,” he said.

And while Psiphon encrypts all data, making it impossible for your ISP to view your private information, the tool is not specifically designed for anti-surveillance purposes. For example, the tool does not prevent browsing history and cookies from being stored on a device. For this reason, Psiphon recommends that users who require complete anonymity turn to Tor instead.

Go Beyond Borders Through a Secure Network of Servers

Psiphon prides itself on its ability to circumvent some of the most restrictive online environments in the world. On two sperate occasions in 2015 and 2016, for example, Psiphon usage soared in response to Brazil’s temporary bans of the messaging service WhatsApp.

In 2016, citizens in Uganda used Psiphon to access blocked social media, instant messaging, and money transfer platforms ahead of the national elections to contest the fifth term of President Yoweri Museveni. And, later that year, when the Moroccan government blocked VoIP services over 3G and 4G mobile networks, Psiphon use tripled the first week and doubled each week thereafter, enabling citizens to bypass the ban.

Alexis said Psiphon is also proud of its strong privacy policy, in which there are no user accounts and network addresses are never logged. “Our network is private by design,” he said. “You don’t need any identifying information to use Psiphon — no email, name, or password.”

That level of anonymity could make providing feedback a challenge, but Psiphon has found a way around that. Its in-app feedback mechanism allows users to submit optional diagnostics from a particular session. Behind the scenes, Alexis said Psiphon is continually working to ensure users can access a safe path to an open internet.

“Our development team has been really great at analyzing the information that comes back with diagnostics in terms of how the network is performing, what methods are working, and what protocols are not,” Alexis said. “That allows us to debug many platform issues and blocking issues.”

A Clever Combination of Secure Communication and Obfuscation Tools

Launched in 2006, Psiphon predates the infamous 2013 Edward Snowden leaks by seven years. Before Snowden blew the lid off the NSA’s surveillance methods, Michael said there was little demand for VPNs.

“We were working on circumvention and anti-censorship efforts well before commercial VPNs became prevalent,” Alexis said. “Our technology is more than just a straightforward VPN connection, which means our services continue to work when other solutions may falter.”

Psiphon differs from a VPN service in two ways. First, the platform distributes subsets of proxy servers on a centrally managed, geographically diverse network to users without revealing the entire network. To maximize chances of bypassing censorship blocks, the Psiphon client automatically and continuously detects new access points. Secondly, the company leverages a technique known as protocol obfuscation to bypass blocking that is done through deep pack inspection.

More than a VPN: Psiphon provides access over a secure network while encrypting all traffic and never logging personal data.

To ensure users worldwide can leverage these liberating benefits, Psiphon works with various partners to provide support and advice. The software is available in 15 languages, and Psiphon is working to enhance its products through Transifex, a company that strives to break down language barriers through localization. In terms of outreach, Psiphon has contracts in place with international broadcasters and human rights organizations that use Psiphon’s reports to determine how many people gain access to the technology through their distribution methods.

“Our mission has always been to get as many people as possible connected with the content they want to see and the people they want to engage with, no matter where they are located across the globe,” Alexis said.

Compatibility with Windows, Android, and iOS

Alexis said Psiphon has put a lot of effort into extending compatibility on various platforms. It’s currently available for Windows, Android, and iOS, though the company is constantly working to expand our platform support further.

“We launched the iOS application only last summer, and it already has millions of users,” he said. “That was our way of trying out some new things for the application to engage users a bit more.”

Looking forward, Psiphon 4.0 is in development and will soon be released for the same devices that were supported with Psiphon 3.0. Alexis said the company also plans to flesh out its subscription plan — though it never wants to move away from its free offerings. “Ultimately, our paid subscribers help keep the rest of the network going,” Alexis said.