By: Sean Garrity Updated: October 24, 2018
Follow "The Hosting Blog" daily as hosting experts, programmers, and tech managers go in depth on a variety of tech-related topics.

TL; DR: Since 1999, Digium has been helping businesses leverage their communications systems to serve customers and increase productivity. Switchvox, Digium’s plug-and-play voice over IP (VoIP) phone system, gives even the smallest companies a state-of-the-art unified communications solution at an affordable price. Switchvox gets businesses up and running quickly when it’s time to upgrade legacy technology and allows for integration with other business systems. Digium, known as the Asterisk Company, has implemented enhancements developed by the Asterisk open-source community into Switchvox. Whether a business chooses to work directly with Digium — or with one of its more than 4,000 certified partners — Switchvox can transform a phone system from a liability into a competitive advantage. For enabling businesses to access powerful VoIP technology at a reasonable price, Switchvox by Digium earned our Editor’s Choice Award™ for Affordable SMB Communication Solutions.

Phones aren’t just phones anymore — at least they don’t have to be. In fact, phone systems using Voice over Internet Protocol (VoIP) technology work more like computers. While old-school landlines still use analog wires to connect users, VoIP systems live on computer networks and use the same digital packets to transmit voice that are used to transmit all other forms of data online.

VoIP technology can become part of an overall strategy to boost productivity in a forward-thinking small business. When phone conversation data is part of a company’s network, it’s possible to leverage the connections between bits of information to make phones more effectively serve business goals.

Supported for almost 20 years by a community of volunteer developers, Asterisk has become the open-source industry standard for VoIP telephony, housing hundreds of prebuilt components that handle VoIP’s complex functions. Digium, a Unified Communications solutions provider, got its start as, and continues to be the creator, sponsor, and maintainer of the Asterisk project. 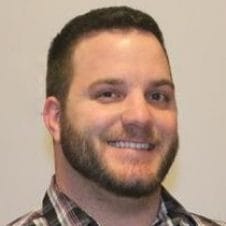 Asterisk also provides the foundation on which Digium’s VoIP solution, Switchvox, is built. “With Switchvox, we’ve taken our core open-source platform and created a turn-key commercial phone system. SMBs get much of the power and flexibility of the Asterisk platform in a package that’s easy for them to manage and use,” said Matthew Hilton, Product Marketing Manager for Digium.

Switchvox VoIP technology gives phone systems new, powerful abilities. “With VoIP, the phone becomes just another network application,” Matthew said. “For example, it’s possible to integrate your phones with your customer relationship management software and automatically bring up a customer account based on the phone number they’ve called, or called from. Think of the possibilities there in terms of efficiency, customer service, and closing the sale.”

Digium makes these — and many other integrations — not only possible but also affordable. Switchvox software has straightforward, all-inclusive pricing, so there are never hidden costs for add-on services. The company offers a range of hardware appliances to run the software along with desk phones for the office and connectivity mechanisms for delivering phone data where it needs to be.

“We offer an extremely competitive end-to-end solution for our customers,” Matthew said.

For transforming the complexities of VoIP telephony into a unified toolset for driving business productivity, Switchvox by Digium has earned our Editor’s Choice Award™ for Affordable SMB Communication Solutions.

At the heart of Switchvox is simplicity. Matthew said he’s old enough to remember the days when legacy telephone systems held sway in the communications industry and customers had to purchase add-ons to access any services beyond a dial tone.

“That was the way manufacturers and carriers used to earn their recurrent revenue,” he said. “They would upsell you an add-on service or module, even if you wanted to do something as simple as voicemail. The systems were modular-based.”

Switchvox is different. Every feature built into the software is included at installation. In addition to the simplicity of the all-inclusive structure, users don’t need a degree in computer science to run it. Switchvox uses an intuitive point-and-click, browser-based interface to make setting up speed-dials, accessing the company directory, and even using video chat familiar to everyone, with no specialized commands or jargon involved.

It also easily integrates with iPhone and Android phones to quickly mobilize conversations. “Users can set up Switchvox to receive their calls wherever they want,” Matthew said. “We’ve got applications for smartphones and easy rules for granular control of call forwarding and call transfer from device to device and person to person.”

“Your office can be anywhere you want it to be, anytime,” Matthew said. “And when you do take a vacation, you can feel secure knowing that your calls won’t go unanswered.”

Large enterprises with extensive data and communications infrastructures also work with Digium to build custom VoIP solutions from the ground up, using open-source Asterisk as a base.

“We have resources to help enterprises customize Asterisk to their needs,” Matthew said. “Switchvox, on the other hand, is geared toward businesses — not only small business – but businesses of any size that are looking for a plug-and-play solution.”

Switchvox is built on Asterisk, and benefits from the efforts of the hundreds of developers in the Asterisk open-source community.

“Any developer can write for it, can develop for it, and can use it,” Matthew said about Asterisk. “And we can innovate Switchvox at a much faster pace than if it weren’t based on Asterisk because there are a lot more resources out there in the open-source community, more than any standalone company would typically have.”

Designing and implementing call center services is challenging for all but the largest businesses. But Switchvox, has built-in tools for automating the simultaneous management of multiple calls, without the need for expensive add-ons or fees.

For example, incoming calls can be dispatched to staff responsible for different business functions, optimizing call flow and efficiency. “The business can focus on what it does best, running its business,” Matthew said. 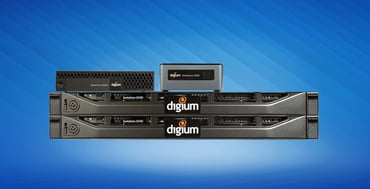 Digium’s hardware products are durable and scalable, making it easy for businesses to host Switchvox on-premises.

On the hardware side, businesses looking to self-host Switchvox may elect to deploy one of Digium’s four scalable hardware appliances, including the E510, which is targeted to SMBs.

“The E510 supports up to 150 phones and 50 concurrent calls in a box that’s about the size of a paperback novel,” Matthew said. “We’re making a good quality high-end phone system available to SMBs at a price point that’s affordable.”

Others may elect to utilize a pre-built VoIP solution through Digium’s hosted service: Switchvox Cloud. “You get the same features and the same look, feel, and functionality,” Matthew said. “The only difference is you’re not doing any hardware on-site except for the phones. We do all the configuration for you. You install the phones on your desks, and away you go.”

Whether a small business uses communications tools to increase its competitiveness depends on the solutions it chooses. Working with Digium — or one of its thousands of partners — makes the value of VoIP Unified Communications clear.

Switchvox integrations with Chrome and Firefox browsers allow users to dial directly from the web. Switchvox also highlights phone numbers on web pages and offers quick-dial access to them. SMBs using the popular service, Salesforce, benefit from Switchvox integrations that ensure all staff interactions with customers are tracked and documented. Switchvox even works within Salesforce to dial numbers and log calls. The same is true for users of Microsoft Outlook, where Switchvox works in Outlook’s contact list.

“It makes sense to have a local, value-added reseller go out and do a demo and provide more information. Our partners are really at the forefront of the company; they really provide that extra personal touch, and we value them highly.” — Matthew Hilton, Product Marketing Manager at Digium

“Customers come to us at different stages in their search for a phone system and with different levels of technical sophistication,” Matthew said. “Our inside sales team helps map the customer’s business challenges with the way our solutions can resolve them. If there’s a fit — and there usually is — we move forward.”

Digium often refers customers looking for guidance on VoIP integration to one of its reseller partners.

“It makes sense to have a local, value-added reseller go out and do a demo and provide more information,” Matthew said. “Our partners are really at the forefront of the company; they really provide that extra personal touch, and we value them highly.”

When Digium works directly with businesses, in-house account executives are available to help recommend Digium products that can solve problematic business processes. “Either way, support staff works to ensure the customer gets everything they need out of the system,” Matthew said.

Switchvox by Digium provides products and services that help SMBs understand how VoIP technology can fit within their unique business productivity strategy. That’s why Switchvox has earned our Editor’s Choice Award™ for Affordable SMB Communication Solutions.