By: Christine Preusler Updated: October 9, 2018
Follow "The Hosting Blog" daily as hosting experts, programmers, and tech managers go in depth on a variety of tech-related topics.

TL; DR: Today, small business owners need a high-performance computer system to run their operations, but many lack the budget to match their needs. NComputing has innovated ways to cost-effectively deploy those systems with its desktop virtualization platform and affordable, thin-client devices. Using NComputing as an alternative to PCs at every workstation can also provide significant savings on electric bills and maintenance — with no loss in performance. Clients also have centralized data storage on the NComputing server and an easy-to-manage interface that lets them focus on customer service. For the versatility and cost savings it provides SMBs, NComputing has earned our Editor’s Choice Award™ for Affordable Desktop Virtualization Solutions.

As small businesses begin to expand, one of the initial growing pains can be the technology investment required to take the next step. Often, that investment can come in the form of PCs for new employees, who need dedicated desktops for maximum productivity.

As a leader in desktop virtualization, NComputing is innovating ways to solve that cost dilemma with products that produce the same end-user experience through operating system consolidation. NComputing technology allows multiple users to operate sessions from the same computer through a thin workstation that can fit in the palm of your hand.

A global firm with US headquarters in San Mateo, California, NComputing is currently the fastest growing desktop virtualization company in the world, with more than 70,000 customers and 20 million daily users in 140 countries.

NComputing’s growth and popularity among customers are testament to its effectiveness. The company also returned to its roots in 2015, when Young Song, who co-founded the company in 2003 and guided it early on, purchased it from a group of investors. He now serves as CEO and is leading the company through a sustained period of profitability and growth.

“He is the driving force behind the vision,” said Jim Manley, who is in charge of North American Market Sales for NComputing. “We have a team of folks trying to make his vision a reality.”

The recently unveiled RX 300 thin client is the company’s latest — and most advanced — alternative to the traditional PC, furthering the company’s mission to design server-based desktop technology that costs less, delivers high performance, and is easy to manage.

NComputing is a particularly good fit for SMBs looking to do everything they can to control costs. By separating the desktop environment and associated applications from the physical device, small retailers save on electricity consumption and extend the life of computers by updating their operating systems and features through the server.

Based on that track record, NComputing has earned our Editor’s Choice Award™ for Affordable Desktop Virtualization Solutions.

Instead of several, possibly dozens, of PCs connected to the network, V Space Pro enables a single host computer to share computing and desktop resources with up to 100 users, who access the operating system and application set through thin client workstations. That means a single workstation can become a network.

A software tool also links laptops to that server and its centralized data storage.

“NComputing gives customers a nice, inexpensive, powerful machine that can connect users to the latest operating systems and apps instead of each user having to have their own desktop computer,” Jim said.

“You’ve got a cost-to-performance factor and the ability to extend the life of some of these products is also a differentiator,” Jim said. “You’re using what’s on the server, so, if you want to update everybody to Windows 10, we’ll just update your server to Server 2016, and they’ll all get the new Windows 10.”

The company’s flagship product, the L300 thin client, evolved into the RX 300 for vSpace, which uses a Raspberry Pi 3 platform instead of a chip. The RX 300 carries on the track record of producing high performance, affordable, centrally managed, easy-to-use virtual desktops for SMBs.

“That partnership with Citrix is continuing to grow,” Jim said. “The RX-HDX is a great solution for those folks looking for an inexpensive endpoint in their Citrix HDX environment.”

An Intuitive Management Interface for Any Tech Skill Level

For small business owners who may lack IT resources — or who aren’t that tech-savvy — NComputing is an easy-to-manage solution that lets them focus on their business. 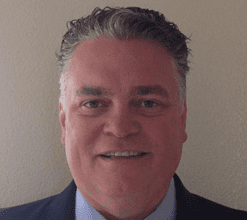 Jim Manley, NComputing Head of North American Market Sales, talked to us about the benefits of virtualization.

“Once the unit gets out there, it becomes about manageability. Not only can you manage some of the functionality of the unit, update the firmware, things like that, it also acts as an asset manager,” Jim said. “It will bring up the serial number for that device and even show you the warranty information. All of that is built into our management portal, which is a nice feature because once you get the stuff deployed it’s more about manageability than functionality.”

When a business needs to update firmware or run antivirus software, it can accomplish those tasks from a single console instead of individually updating 100 different machines, Jim said.

He also pointed to security benefits. Communications between endpoint devices and the server are encrypted, and everything is stored on the server.

“At the end of the day, that product is much safer because you’re securing the server,” he said.

NComputing has been a force in the desktop virtualization industry since Co-Founder Young Song purchased the company and took over as CEO in 2015. He has launched a new era of innovation and profitability built on providing entrepreneurs with innovative solutions to their PC expenditure problems.

Using NComputing’s advanced virtualization devices can save businesses plenty of money without negatively affecting production. The products extend the life of older computers and delay an expensive investment in replacement equipment.

“We’ve got a management tool where you can push for more updates to the device,” Jim said. “You can stay out in front of it, and it doesn’t matter how old your hardware is.”

For its ability to solve the computing woes of small businesses on tight budgets, NComputing has earned our Editor’s Choice Award™ for Affordable Desktop Virtualization Solutions.