TL; DR: JSON-LD, a method of presenting structured Schema.org data to search engines and other parties, helps organize and connect information online. As Dr. Jans Aasman, CEO of Franz, told us, the data-interchange format has far-reaching implications, from standardizing the ecommerce and healthcare industries to building knowledge graphs. With technologies like AllegroGraph helping to convert complex data into insights, JSON-LD is being put to use in a number of ways.

After facing this winter’s brutal cold snap, many skincare-obsessed individuals will undoubtedly turn to Google for potions that remedy dry skin. If they type “facial oil” into Google, they’ll see an arrangement of products complete with prices, ratings, review counts, and vendor information.

The fact that these products appear at the top of the page has to do with paid sponsorships, but the way they’re formatted depends on specific data standards. “You have to mark up the product that you put on your webpage in the JSON for Linked Data (JSON-LD) data structure,” said Dr. Jans Aasman, CEO at Franz. “Otherwise it will never show up correctly on Google.” 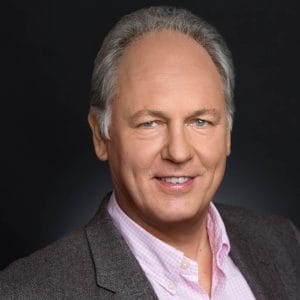 Jans Aasman filled us in on JSON-LD.

JavaScript Object Notation (JSON) is an open-standard programming language that’s as simple for humans to read and write as it is easy for machines to process. JSON-LD, on the other hand, provides a standard to connect JSON objects and uniformly describe them.

Due to its focus on innovative semantic technologies and artificial intelligence, Jans’ company, Franz Inc., often leverages JSON-LD. “About 40% of our customers are from the U.S. foreign defense and intelligence communities, and about 60% are from the commercial space,” Jans said. “All of them are using JSON and JSON-LD.”

The data-interchange format, used with Schema.org vocabulary, helps create an increasingly structured internet. The method also has far-reaching implications, from helping boost SEO by standardizing the ecommerce industry to building knowledge graphs. We sat down with Jans for an in-depth discussion on these topics as well as a brief introduction to Franz’s flagship product, AllegroGraph.

Schema.org and JSON-LD: Structuring Data on the Internet

In the past, the XML Schema, approved by W3C standards in April 2012, was used to represent structured online data. Ultimately, XML was overly complicated to serve its purpose efficiently, so the W3C JSON-LD Community Group developed JSON-LD as an alternative. “The web runs on JavaScript; and there’s a lot of JSON behind it — it’s a very simple way to represent data,” Jans said. “To provide a little more standardization for markup data, JSON-LD is used as a layer on top of JSON.”

Product characteristics like ratings and brand are specified through JSON-LD.

Today, major search engines, including Google, Bing, and DuckDuckGo, recommend that ecommerce companies use JSON-LD to mark up products in a more structured way — thus boosting SEO. Jans said the most important takeaway is that JSON-LD and Schema.org add meaning to JSON objects. He explained this concept using Mad Hippie Antioxidant Facial Oil — a product that appears at the top of Google after searching “facial oil.”

“If you want to know if a website is using JSON-LD markup, look at the source code behind the product and search for ‘@context’ and ‘Schema.org,’” Jans said. “The first thing you’ll see is @context: http://schema.org — and that tells you the meaning of the words, as in the ratings, the review count, and anything else, can be defined in a schema on Schema.org.”

JSON alone, without the context provided by JSON-LD and Schema.org, would lead to confusion “How could Google be sure that everyone would use the same words for ‘ratingValue’ or ‘reviewCount’? Jans questioned. “Google really wants you to make sure that you use consistent phrasing so it can understand what’s in your product markup — and that’s why JSON-LD and Schema.org are so important.”

Standardizing Ecommerce and Beyond in a Digestible Way

And while Schema.org certainly helps standardize the ecommerce industry, its vocabulary can be used to encode books, movies, music, events, and medications, among other objects. On the government side, it’s also being used to standardize organizations and business owners with Legal Entity Identifier codes.

“There’s an expanding effort to standardize the common objects we use on the web using this schema that is made collaboratively by literally thousands of people at Schema.org,” Jans said.

According to Jans, JSON-LD is becoming more popular, because Google prefers it over anything else. “WordPress supports it,” he said. “Several plugins are available so that if you’re just a mom-and-pop store and you want to build your own product catalog, there are now tools to put all of the properties into Schema.org, and then you use JSON-LD.”

In addition to organizing information, JSON-LD enables users to connect data, forming networks if desired. “Instead of using words, we turn everything into a URL, and it links to data — so you can build up a whole network of things,” Jans said.

That’s the beauty of linked data — it is a way to create a network of standards-based data across websites. It allows an application to start with one piece of linked data and follow embedded links to other pieces scattered across different sites.

DBpedia, a dataset containing structured content extracted from the information created in the Wikipedia project, contains about 3.4 million concepts. “In essence, DBpedia is the graph version of Wikipedia, which you can use to query information,” Jans said.

Other datasets include FOAF, an ontology describing people and relationships; GeoNames, a source of worldwide geographical features; and the Global Research Identifier Database, which contains almost 90,000 institutions taking part in academic research.

Craig Norvell, VP, Global Sales and Marketing at Franz, said Google’s popular Knowledge Graph API also uses Schema.org types in compliance with JSON-LD. “There’s a lot of buzz around knowledge graphs, and JSON-LD is going to underpin knowledge-graph development on the enterprise side of things,” he said.

Craig said the IT research and advisory company, Gartner, recently identified knowledge graphs as a significant new technology in its Hype Cycle for Artificial Intelligence and Hype Cycle for Emerging Technologies. According to Jans, both people and machines can benefit from knowledge graphs by using their semantic networks of facts for data integration, knowledge discovery, and in-depth analyses.

As a pioneer in the AI space and top provider of semantic graph database technology, Franz has vast experience developing and deploying knowledge graph solutions. Its flagship product, AllegroGraph, enables organizations to gain insights and predictive analysis from complex, distributed data — establishing a base for knowledge graphs and AI solutions.

In essence, Jans said AllegroGraph reads and displays JSON-LD. “A JSON object is just a tree data structure,” he said. “People use AllegroGraph so that they can examine JSON objects on their page and see if they have connected everything correctly.”

To that end, Gartner recently featured AllegroGraph in a report explaining the role of semantic technology in deriving business value from data. As big data opens doors for never-before-seen opportunities, a semantic approach based on JSON-LD ultimately helps make sense of complex data assets.