TL; DR: From wireframe and sitemap software to UML diagrams and technical modeling tools, Gliffy has been helping designers, engineers, and systems architects develop roadmaps to plan and present complex processes for over a decade. Founded in 2005 by Chris Kohlhardt and a group of friends, Gliffy’s fast rise in popularity was largely the result of integrations with Atlassian and later Google Drive, which allowed professionals to collaborate using the web-based diagramming software. Unlike other diagramming tools with steep learning curves, Gliffy is easy to use and teams are able to get up and running quickly to work together and share ideas.

In 2005, Chris Kohlhardt was working as a software engineer at a San Francisco Bay Area-based company and was tasked with the goal of pioneering more active and rich web experiences. Because of the nature of his job, Chris found himself utilizing the diagramming tool Visio to map out some of his projects.

The notion struck him that this type of software would be so much more effective if there were a simplified way to collaborate with other team members without having to work with files housed on hard drives or shared servers. That’s when he had the idea to develop the web-based diagramming software Gliffy.

“I had a bunch of different ideas, but it basically boiled down to cloning Visio for the web,” Chris said. “It was something I thought about actually using myself because I had been using Visio for creating wireframes.”

Chris Kohlhardt founded Gliffy in 2005 to give professionals access to a collaborative, web-based diagramming tool.

Since cloud-based diagramming software didn’t exist at the time, Chris knew many different user types could benefit from such a tool. Engineers could use it for modeling, systems architects could outline processes, and designers would be able to map sites and plan web experiences in a new and more efficient way — they’d be able to easily collaborate with colleagues without relying on clunky email sharing or other less-than-ideal formats.

Growing up in the Bay Area, Chris had a front-row seat to the rise and success of numerous tech companies. He recognized the people who did well financially tended to be the people who started those companies, so he convinced three of his friends to quit their day jobs and start Gliffy.

“It seemed like a fun challenge, so I thought I’d give it a shot,” he said, chuckling. “I don’t really think of myself as a sales guy, but I must have been pretty convincing to get my friends to quit their jobs.”

In 2006, Gliffy partnered with Atlassian to offer an integration that extended the functionality, and Chris’s product took off. With this integration, the many Fortune 500 companies employing Atlassian’s software were able to house documentation, interviews, and now diagrams and wireframes in one central location, so everyone on the team could be on the same page without having to hunt down materials from different locations.

Advantages of Diagramming with a Web-Based Tool in Technical Fields

Web-based products carry a host of advantages over desktop tools because collaboration is inherent in them. Before Gliffy, diagramming software and files had to live on someone’s computer or on a shared server, which hindered the ability for teams to work together on projects.

While overall performance isn’t necessarily better with this type of cloud-based solution, collaboration allows the product to shine.

“I don’t claim our product is better than Visio in terms of the raw stuff it allows people to do,” Chris said. “It’s really about the ability to collaborate. That’s really what it boils down to.”

Because Gliffy is net-native, team members can seamlessly create and share diagrams with one another online. Whether mapping a website or producing technical drawings, the effect is improved communication, which ultimately results in creating better processes that, in turn, allow for improved end products.

Site designers use Gliffy to sketch their visions of how components work together to create the overall experience of a site through wireframes and sitemaps. The planning phase of site design is arguably the most important, and Gliffy’s web-based wireframe and sitemap software gives designers the ability to collaborate with dev teams to ensure everyone is on the same page when it comes to the site’s functionality and aesthetic. 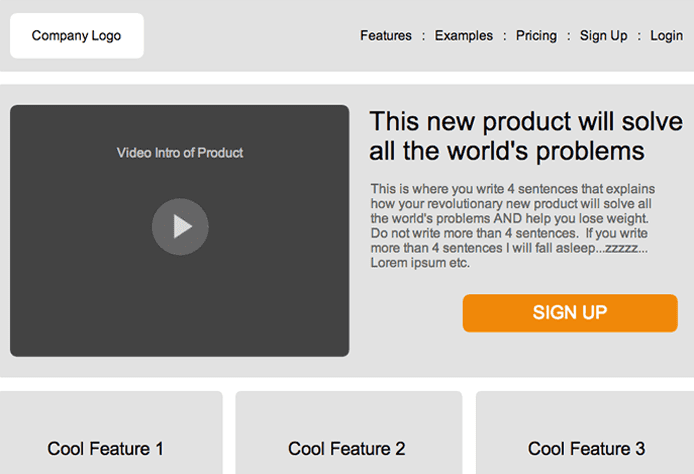 Designers can use Gliffy’s wireframe software to work together with developers to plan a site’s look and functionality.

A wireframe is essentially an outline that provides an overview of the desired end result. Using wireframes, dev teams are able to view where text, imagery, and navigational bars will be located. And because Gliffy is web-based, all members of the team can use the online wireframes to more efficiently lend their contribution to the site being built. Content teams can better estimate available space for text and graphics. Coders can use wireframes as mockups to guide development. And testers can refer back to wireframes to gauge if everything has gone according to plan.

Gliffy’s site mapping software is also effective for developers to design the architecture of their sites. Building a sitemap diagram with Gliffy allows developers and designers to sort elements into visual hierarchies and outline relationships between pages. Gliffy’s wireframe and site mapping software is made intuitive through drag-and-drop boxes, buttons, and lines. And templates are available through Gliffy’s online library, so users can simply plug in the information they want.

Unified modeling language (UML) is used by systems architects and software engineers to present complex processes and visualize a system’s design. These diagrams are usually very complicated; however, Gliffy’s UML software makes them easy to create.

“The spirit of our product is that it’s simple,” Chris said. “Visio has more features, but that means a more novice user is going to have a harder time getting up to speed. By the nature of the fact our product is more pared down, it’s easier for anybody to just pick it up and go.” 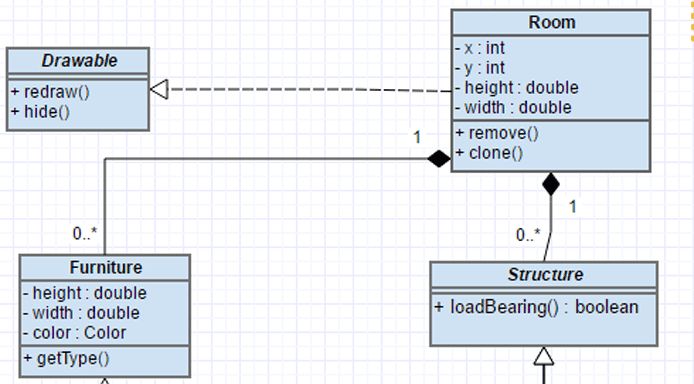 Users can build class, object, state, activity, sequence, and use-case diagrams, among others. No matter the type of UML diagram being built, Gliffy offers templates to make the process less time-consuming so architects can focus on the systems they’re developing.

As a software engineer, one of the main drivers prompting Chris to develop Gliffy was the lack of online drawing programs back in 2005. He knew having a web-based option would make it much easier for engineers and members of his team to work together on builds.

The editor offers forms, such as a calendar, search bar, and text input field, to expand diagram functionalities. Users can also customize diagrams by uploading their own images.

A pivotal moment for Gliffy as a company came in 2006 when Chris sent a message to info@atlassian.com, basically pitching the idea of an integration with Atlassian’s plugin.

“Fortunately for me, the CEO, Mike Cannon-Brookes, was listening in on the email box and wrote me back directly,” Chris said. “They had just opened their office in San Francisco, and he was excited to get together to talk about it.”

In fact, Mike was so excited about the software he sat down and spent time coding the integration with Chris. Mike became an advisor for Gliffy for a few years and acted as a huge proponent for the diagramming software for Atlassian’s client base.

“We were getting great exposure from them. It changed our trajectory,” Chris said. “We would have never gotten access to the many large Fortune 500 companies who use Atlassian without their partnership.”

It’s very common for software teams to plan out what they’re going to build in Atlassian’s Confluence product. It’s used to document different aspects of the build process and houses user interviews, requirements, and the like. Because Gliffy lives inside Confluence, it’s easy for teams to find this information all under one roof.

“Before, you had wireframes in one place, documentation in another, and you had to kind of hunt and peck to find everything,” Chris said. “It’s just harder to navigate through everything when it’s in disparate locations. But, when it’s all in Confluence, it’s just easier. There’s less looking around.”

A Company Culture That Encourages Altruism and Constant Improvement

A lot has changed in the tech world since Chris convinced his friends to quit their jobs and start Gliffy. But, even though cloud-based software has now become the norm, Gliffy’s product is still the most widely used diagramming software on the web. This is mainly due to the team’s mission to continuously improve their product.

“There’s always something new to upgrade to. I think that’s life working on web apps,” Chris said. “There are always opportunities to make things faster from a performance standpoint.”

Gliffy recently made the move from colo to Amazon Web Services, which, according to Chris, worked to boost performance by 100% from an end user’s perspective.

Along with a dedication to constant improvement, a big contributor to Gliffy’s continued success is its company culture. Employees work from home on Mondays and Fridays, which allows them to focus on their projects without being interrupted by meetings. This is especially important for programmers, as context shifting doesn’t lend itself to coding.

Philanthropy is also important at Gliffy. Since the company connected with Atlassian early on, it didn’t have to rely on outside investors for seed money. This allowed Gliffy to do things other startups usually can’t such as incorporate a philosophy of giving into the core of its business model.

“We donate 5% of our profits to charity,” Chris said. “Everyone in the company has the opportunity to nominate causes they care about. It’s a neat way we’re set up so people feel like we’re not just in it for our own financial well being. We’re trying to help the community.”