Put an End to Online Tracking with Epic: A Next-Level Privacy Browser That Puts Security First

By: Christine Preusler Posted: February 21, 2019
Follow "The Hosting Blog" daily as hosting experts, programmers, and tech managers go in depth on a variety of tech-related topics.

TL; DR: Epic is a Chromium-based browser designed to ensure privacy without sacrificing speed or functionality. The comprehensive ad and tracking blocker includes built-in protection against a wide range of surveillance methods, including cryptocurrency mining scripts. With a mobile-friendly release on the way, Epic is ensuring online freedom for scores of privacy-conscious individuals.

When it comes down to it, ignorance is far from bliss. Sure, an ice-cold can of Coke will never taste quite the same after you learn it contains ten packets of sugar. But that newfound awareness may save you from experiencing devastating health problems down the line, including diabetes, chronic heart disease, and even cancer.

And yes, the internet loses its lighthearted appeal when you begin to detect the government agencies, corporations, and malicious hackers lurking in its shadows. Ultimately, though, knowledge is power.

“When people become health-conscious, it’s hard to maintain old habits,” said Alok Bhardwaj, Founder of Epic. “It’s the same with online privacy: Once you realize groups are tracking your visits, your ISP is storing and saving your browsing data, and the government is monitoring what you’re doing, you will want to browse privately.” 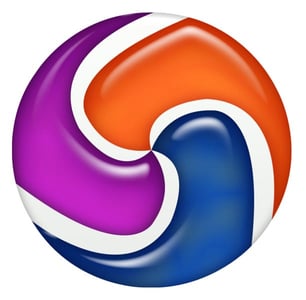 The Epic browser includes built-in protection against a wide range of surveillance tactics.

Alok’s privacy epiphany occurred after years of experience building and working with browsers. Along the way, he and his colleagues observed an increase in online tracking. “It’s unbelievable that, on average, there are 10 trackers on any website you visit, and on some sites, 30 to 40 independent companies are logging your visit,” Alok said.

There were other red flags, such as AT&T’s 2015 policy in which subscribers had to pay up to 50% more to secure a reasonable level of privacy. “All of these data points led us to believe that online privacy had become essential,” Alok said. “We also realized there would be a lot of people for whom this would be important.”

With that, the team got to work, and the resulting Epic privacy browser was released on August 28, 2013. Today, the Chromium-based browser allows users to enjoy private browsing without sacrificing speed or functionality. Its technology goes as far as to block ultrasound signal tracking and cryptocurrency mining scripts, as well as the more widely known forms of tracking. With a new mobile browser on the way, Epic continues to take actions that support the company’s belief in a free internet.

Epic was released right around the time of the Edward Snowden leaks. In the pre-Snowden era, Alok said online data privacy was hardly a concern. “To give you some perspective, I remember a conversation I had with the head of a PR agency regarding the possibility of launching a privacy-focused browser,” Alok said. “She laughed for about two solid minutes and said that no ordinary consumer is ever going to need a privacy browser.”

Just a few years later, the same PR head changed her tune and became active on the board of advisors for a privacy-oriented messaging app. Unfortunately, this type of progress doesn’t extend across the board. In 2017, for example, President Trump canned internet privacy rules passed by the Federal Communications Commission in the previous year that would have granted internet users more rights concerning what service providers can do with their data.

At this point, relying on governmental agencies to solve data privacy issues may be an exercise in futility. Alok said that’s another reason he started Epic: to allow users to take matters into their own hands. And, to ensure an exceptionally private browsing experience that’s also fast and intuitive, he designed the browser based on Google’s open-source Chromium project.

“When Microsoft announced that the company would build their next browser on Chromium, that cemented how dominant Chromium has become,” he said. “Since Chromium was available to us, too, we realized we could build a browsing experience that’s very private, but just as fast as using Google Chrome — if not faster by blocking a lot of the trackers.”

Epic is one of the most simple, private, and fast browsers on the market today, Alok said. “When we hit the market, there was really just one other private browser: Tor,” he said. “It’s a great browser, still doing very well and offering an extremely anonymous service.”

Alok said that Tor is particularly useful for those who suspect they’re being tracked and need to ensure the highest level of anonymity at the expense of speed and security. Alarmingly, malicious hackers recently used Tor to steal cryptocurrency from users. “The design of their network is such that their servers are run by volunteers, so the problem you have is a small percentage of their servers are run by malicious hosts,” Alok said. “Because of this, massive amounts of cryptocurrency has been stolen from Tor users.”

Alok said users looking for an ultra-private experience are sometimes willing to take that risk, but not daily. Epic, in contrast, was designed to provide a private, everyday browsing experience. “In terms of daily use kind of browsing, Epic is the only private browser out there that just works out of the box with a high level of privacy and speed,” Alok said.

Functionality is also a key consideration. Alok said the last thing Epic is looking to do is break the internet. “A common problem with browsers back in the day was if you made your browser too private, suddenly a lot of websites would stop working,” he said. “We made it so the vast majority of websites work, and it’s easy to turn off the proxy and ad blocking feature for a particular website if needed.”

Between a comprehensive, private browsing mode, free VPN, and one-click encrypted proxy, Epic’s default is extreme privacy. The browser blocks more than 600 tracking attempts in an average session, including a host of what Alok refers to as “exotic” tracking techniques.

In addition to ads and traditional trackers, Epic blocks cryptomining, fingerprinting, and ultrasound signaling. “We have built-in cryptocurrency mining script blocking because a lot of websites use your computer to basically mine cryptocurrency without permission,” Alok said.

“With a non-private browser, if you go into the address bar and start typing ‘Fa,’ it will autofill Facebook.com, and that’s really convenient because you don’t want to keep typing in that every time,” Alok said. “To keep this functionality without using browsing history, we fitted Epic with a locally stored database of the top 10,000 websites in the world.”

The feature also protects privacy. “Everything that you type in the address bar goes through multiple Google servers, so clearly, they’re saving your data,” Alok said. “In our case, you have the convenience, but you still have the privacy because there’s nothing being pinged to a server.”

Epic has exciting developments on the horizon, including plans to expand the enterprise side of the business. But the most critical, Alok said, is the launch of the company’s upcoming mobile browser.

“We expect our mobile browsers to be even more significant than the desktop browsers, given the scale that mobile’s going to operate on,” he said. “We should be able to launch it within the next couple of weeks.”

Being that the majority of us spend day and night tethered to our smartphones, this new level of privacy will be a welcome addition to the Epic suite.