The Digital Scholarship Lab at the University of Richmond: Delivering an Interdisciplinary Approach to Mapping American History

By: Christine Preusler Posted: March 9, 2020
Follow "The Hosting Blog" daily as hosting experts, programmers, and tech managers go in depth on a variety of tech-related topics.

TL; DR: The Digital Scholarship Lab (DSL) at the University of Richmond brings humanities projects to life via innovations in new media designed for scholars and the general public alike. Through American Panorama, the lab is working to create a comprehensive digital atlas of our national history. Ultimately, the goal is to unearth historical patterns and narratives via the newest resources and most compelling visualizations.

Thomas H. Jones, born a slave in Wilmington, North Carolina, was just 9 years old when his master sold him to a plantation 45 miles away from his loving parents and siblings. In his 1862 autobiography, “The Experience of Thomas H. Jones, who was a Slave for Forty-Three Years,” the author chronicles the harrowing story of being separated from his family by a slave driver.

“His looks were ugly, and his voice was savage,” Thomas recalled. “I was very much afraid, and began to cry, holding on to my mother’s clothes, and begging her to protect me, and not let the man take me away. Mother wept bitterly, and in the midst of her loud sobbings, cried out in broken words, ‘I can’t save you, Tommy; master has sold you, you must go.’” 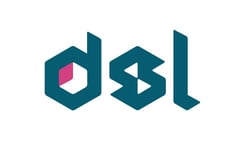 DSL is creating a digital atlas of American history.

Thomas’s story is one of many documented in The Forced Migration of Enslaved People in the United States, an interactive map created by the Digital Scholarship Lab (DSL) at the University of Richmond. The resource blends historical data and narratives from the relocation of approximately 850,000 enslaved men, women, and children from 1810 to 1860 to tell a more complete story of the American slave trade.

For example, in addition to providing Thomas’s autobiographical story and historical background, the map illustrates that in 1810, approximately 6,422 people were also enslaved in New Hanover County, North Carolina.

“Our goal with the forced migration map is to unveil historical patterns in a very shameful time in American history,” said Justin M. Madron, GIS Project Manager & Analyst at DSL. “We don’t think deep-rooted national issues can be solved through visualizations, but we want to service knowledge regarding the commoditization of human beings. We add narratives because people aren’t just numbers on maps.”

The Forced Migration of Enslaved People in the United States is just one part of DSL’s digital atlas of U.S. history, which the University of Richmond is creating thanks to previous support from the Andrew W. Mellon Foundation and Stamen Design. Ultimately, the lab’s goal is to transform data-heavy historical research into accessible, visual learning resources via an interdisciplinary approach to mapping.

DSL was launched in 2017 by Edward Ayers, Tucker-Boatwright Professor of the Humanities and President Emeritus, who served as President of the University of Richmond from 2007 to 2015. In addition to founding DSL, he has been named National Professor of the Year by the Carnegie Foundation, received the National Humanities Medal from President Obama, won the Bancroft Prize for distinguished writing in American history, and served as president of the Organization of American Historians.

“He is a big name in digital humanities and one of the first people to use computing as a tool for visualizing history,” Justin said. “He has since stepped down as president of the University of Richmond, and currently serves as Senior Research Fellow at DSL.”

The American Panorama project takes learners deep into the history of the U.S. in layers of interactivity.

In addition to Justin, the lab is run by Director Robert K. Nelson, Visualization and Web Designer Nathanial Ayers, and Research Fellow Lauren Tilton. Since receiving a $750,000 grant from the Andrew W. Mellon Foundation in 2013, the team has been focused on creating a digital atlas of U.S. history known as American Panorama. Though the grant ended more than two years ago, DSL continues to support the project with its own in-house development.

The atlas has been built on a foundation past DSL projects, including “Visualizing Emancipation,” “Voting America,” and “Redlining Richmond,” to help learners gain insights into America’s complex past.

“We’re mapping subjects ranging from what the foreign-born population has historically looked like and the travels of our presidents and secretaries of state to congressional elections,” Justin said. “It runs the gamut, and we’re always working on new maps and ideas for the future.”

Justin told us that visual mapping and historical data go hand in hand, though the technique hasn’t been leveraged often in exploring our country’s past.

“There’s a lot of untapped potential there,” he said. “We’re all pretty familiar with maps — we look at them on our phones weekly, if not daily — and they’re an interesting way to view history because everything happens in space and time.”

For example, DSL’s Executive Abroad map, part of American Panorama, uses an azimuthal projection that places Washington, D.C., at the center with the globe arrayed around it to map international trips. Using the map, viewers can see exactly where each leader traveled with just a few clicks.

Many of DSL’s map projects focus on topics within the realm of social justice.

Users can select any point on the map to get more detailed information. For example, by clicking on Barack Obama from the Presidents bar and clicking on the data point for London on the map, a list of three trips appear. During one trip, from March 31 to April 1, 2009, the former U.S. president met with Queen Elizabeth II and Prime Minister Brown and attended the G-20 Economic Summit Meeting.

Justin said all of DSL’s maps have similar functionalities but vary aesthetically. “We treat each map as its own project,” he said. “One reason is that technology changes. First and foremost, we want to use the newest libraries and the most compelling visualizations at all times.”

DSL also lets the narrative and the history guide each map, rather than allowing infrastructure to force a particular design. “We try to make it visually interesting so that people can learn new things,” Justin said.

Designed for the General Public and Scholars Alike

For the most part, Justin said the subject matter for DSL projects is generated organically.

“The first formats were built from a functionality standpoint, so when we got our grant, we wanted to build core map functions that we could reuse — timelines, etc.,” he said. “But more recently, we’ve been focusing on historical events that are timely.”

For example, the lab worked to produce its Electing the House of Representatives (1840-2018) map to correspond with the 2018 United States elections. The map, which illustrates changing patterns between urban and rural areas and across regions, can be viewed by both the winning party and the strength of the victory.

The Executive Abroad map, on the other hand, was born out of data collected in a first-year seminar on the Rhetorical Lives of Maps taught at the University of Richmond. For the most part, DSL focuses on social justice issues, such as the systematic denial of services to residents of specific areas, which is covered in Mapping Inequality: Redlining in New Deal America.

“Ultimately, whether someone interacts with a map for five minutes or 30 minutes, we want them to come away with some new knowledge,” Justin said. “Our target audience is the general public and scholars, so we have the challenge of designing for a broad audience.”

As for what the future holds, Justin said DSL is hard at work mapping all of the presidential elections from 1788 to the present. The lab is also planning to visualize townships and land grants in the West and the history of national parks.

Of course, history is a living thing, and DSL is committed to updating its existing maps as needed.

“There are definitely some we will revisit — for example, the redlining map currently on the site is version 2.0,” Justin said. “When new knowledge and information is acquired, it’s important to go back and add more detail.”