From Slang to Emoji, Dictionary.com Tirelessly Documents New Words and Meanings in the Age of Memes, Social Media, and Texting

TL;DR: Dictionary.com’s modern compilation of definitions includes words coined on social media, new uses for old words, and even emoji. Language shapes our world and vice versa, so this online resource often finds itself at the intersection of pop culture and politics. Should a word be included in the dictionary? What is the proper way to use a certain word? Two Dictionary.com staffers spilled about what it’s like to be a lexicographer (noun; a person who compiles dictionaries), how technology influences language, and why defining a word can sometimes be controversial.

Around 70 million people worldwide visit Dictionary.com every month. Whether it’s to look up the meaning of a word out of curiosity, to settle an argument, or to sound intelligent, people trust Dictionary.com to have the answer. Since launching in 1995, the site has grown to be the world’s largest online resource on the English language.

Dictionary.com’s foundation in technology enables the company to provide deep insights about word trends and usage, and the site’s legacy is somewhat of a bragging right — it was, after all, created before Google.

Based on the Random House Dictionary, the website is more than an online carbon copy of its print counterpart, according to Senior Manager for Marketing and Content Strategy Lauren Sliter. Always evolving, Dictionary.com features explanations of internet slang, new definitions for words now used in the context of emerging technology, and insights into the meanings behind emoji.

“Everything comes back to our mission as a dictionary, and that is to help people use language and communicate effectively,” she said. “Something we say internally is that we want to alleviate people’s anxiety with the English language. I think one of the best ways to do that is to approach people where they already are naturally in the world with language content. We can use our prowess in the technology space and really innovate on what a dictionary is.”

How the Internet’s Dictionary is Made

More than simply relying on one’s own instincts as an English speaker to figure out what words mean, the Dictionary.com team discovers and defines words using strategies that are part linguistics, part sociology, and part detective work.

Linguist-in-Residence Jane Solomon feels a great deal of responsibility to site visitors to maintain a thorough documentation of English words and meanings that accurately reflects the current culture.

Jane Solomon and Lauren Sliter contribute to the vibrant conversations about language taking place on Dictionary.com.

“We understand there’s a lot of authority that comes with us adding different words, and we take that very seriously,” she said. “We want to be able to add the new words and we want to be able to edit and revise entries where the meaning of a certain word has changed over time or developed new uses.”

Rather than judging someone who uses poor grammar or the wrong words, Jane — a lexicographer, or someone who compiles dictionaries — becomes curious and begins to investigate.

“If I hear someone say something that is surprising to me or might set off alarms, I start looking into the word,” Jane said. “Are there other people using this in the same way? Am I not aware of a usage that maybe is a lot more widespread than I was expecting?”

The Role of Technology in Defining Language

Just as political and social developments can bring about new words, new technologies also influence language, according to Jane.

“These can be completely new words, like smartphone,” she said. “If a big company comes along and everyone starts using their product, the brand name can turn into a verb, such as Google or Uber. Then, there are already existing words that can take on new meanings because of new technologies. Now that people use touch screens all the time, the words scroll, pinch, and zoom are used in a completely different context.”

New words with completely novel spellings are easiest to spot because they are unique and less ambiguous, she told us. The recent explosion of cryptocurrencies has kept Jane and the Dictionary.com team busy identifying and defining related words. Ethereum, for example, was easy to pick out once users began searching for it on the site, she said.

Technology has also inspired communication through alternative means, such as emoji and memes. Lexicographical research techniques can also apply to these symbols of language, Jane said, as each has its own context and meaning.

Dictionary.com applies its research and technology toward exploring modern communications like memes and emoji.

“For a word, you start by looking at how a word is actually being used in context, and that’s something you can do with emoji, as well,” Jane said. “You’re also looking at variation in spelling, and in parts of speech, and in use over time, and this is something you can look at in some ways for emoji. You can look at the variation in design, and what other emoji existed or came out that affected the meaning.”

“A lot of people write off emoji as being silly or stupid or that emoji are ruining the language,” Jane said. “But the fact is that people are using emoji in very sophisticated ways. These are very real ways that people are communicating and that matters to us.”

Pop Culture and Politics are Natural Influences on Language

Dictionary.com fields questions about language on Twitter and comments about words being used in current affairs. With 223,000 followers, the account provides meaning and context for words used in public spaces. Readers, for instance, often turn to Dictionary.com for help deciphering tweets from President Donald Trump.

“Language is inherently political,” Lauren said. “The words we choose to use are shaped by the society around us and the political climate.”

Because language evolves alongside political and societal shifts, people may not always agree on how a word is used or whether it should be included at all. When Dictionary.com changed its definition of the word marriage to include unions beyond those between a man and a woman, for example, many users responded angrily.

“Just because a word or use of a word exists, it doesn’t mean you’re going to like it,” Jane said. 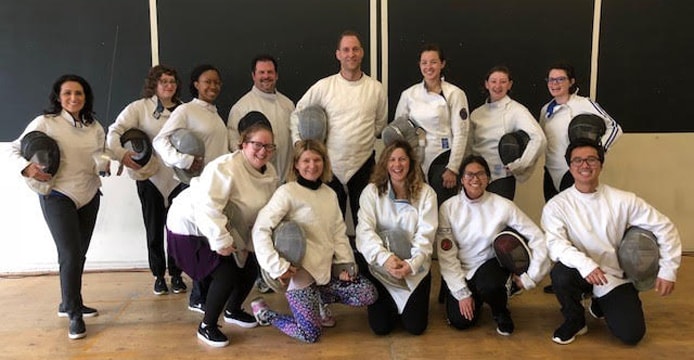 Launched before Google, the Dictionary.com team prides itself on the site’s deep technology roots.

Case in point, according to Lauren, is the entry for irregardless, an imprecise word commonly used instead of regardless.

“Everyone hates it,” Lauren said. “But, you know what? It’s a word that people use, and we’re going to have to have an entry for it. It’s non-standard, but it’s there.”

On the opposite side, the inclusion of certain words causes many other users to rejoice, Jane said.

“We added a bunch of words related to gender identity a couple of years ago, and some of the feedback we got included, ‘I now see my gender identity reflected in Dictionary.com, and that’s a really big deal for me,’” she said. “There is a power in just the very existence of an entry.”

Headquartered in the heart of Silicon Valley, Dictionary.com is a tech-oriented and forward-thinking enterprise highly focused on innovation.

“When I applied for Dictionary.com originally, I didn’t realize what kind of company it was,” Lauren said. “I think a lot of people kind of assume it’s a robot that just kind of auto-generates definitions. But it’s actually run by 50 passionate people who are just really excited about language and innovating in the space.”

Jane felt right at home coming to work at Dictionary.com, discovering a large pool of talent in her rather obscure field of lexicography.

“The exciting thing for me about working at Dictionary.com when I first came on board is that there were lexicographers working there who were working on the Random House Unabridged Dictionary in the late 1960s,” she said. “These are veterans of the field and I’ve learned so much from them.”

As a self-confessed horrible speller, Lauren regularly uses Dictionary.com. She said she feels inspired by the product and by her colleagues, who are genuinely invested in it.

“Working in an atmosphere in which every single person on the team has some personal connection to your product is really unique — especially in tech,” Lauren said. “That we’re able to be innovative while also being very connected and passionate about our product is really empowering.”