By: Christine Preusler Posted: May 13, 2020
Follow "The Hosting Blog" daily as hosting experts, programmers, and tech managers go in depth on a variety of tech-related topics.

TL; DR: Canary, a secure email client with end-to-end PGP encryption for macOS and iOS, brings together a rich feature set, intuitive design, and robust security in one application. The GDPR-compliant software, which can be purchased for an affordable one-time fee, won’t compromise data security like many no-cost solutions. With plans for compatibility with Windows and Android devices in the works, Canary will soon be able to wow an even larger customer base with the features many Apple users have already fallen in love with.

When the first Tesla Roadster hit the market in 2008 with its revolutionary battery technology and electric powertrain, motorists were abuzz with excitement. After all, electric vehicles are low-maintenance, produce zero emissions, and typically run at a third of the cost of gas-powered cars.

Pre-Tesla, electric car buyers had to accept downsides such as limited range, and the vehicles were not typically considered luxurious or fun to drive. 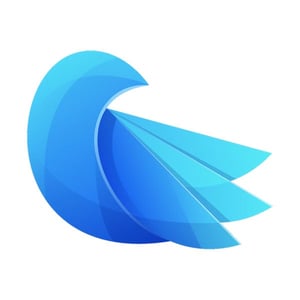 Canary provides the benefits of a secure email client without the sacrifices.

“Tesla changed this so that users no longer had to make compromises to go electric,” said Sohel Sanghani, CEO of Canary. “The secure email space is similar. You have providers with excellent products, but what they offer is somewhat of a walled garden; you can’t use your existing email accounts, and you’re locked into their ecosystem.”

Canary, a secure email client with end-to-end PGP encryption for macOS and iOS, was built to provide an alternative to this model, allowing customers to access strong security without sacrificing powerful features. At the same time, the GDPR-compliant technology won’t violate the privacy rights of its users.

And, with Canary, users can access all of their Gmail, iCloud, Office365, Yahoo, Exchange, IMAP, and ProtonMail accounts on their Mac, iPad, iPhone, and Apple Watch.

“We aimed to build a secure email app with impeccable security while also creating a compelling user experience,” Sohel told us. “Given today’s email volumes, we knew we had to include features such as the ability to snooze emails, get notifications when someone reads your email, and leverage a one-click unsubscribe system.”

With plans for compatibility with Windows and Android devices in the works, Canary will soon be able to provide an even larger customer base with a secure email client that won’t sacrifice functionality.

Seamless End-to-End Encryption for the Security-Minded

Sohel, after graduating from Johns Hopkins University SAIS and a stint at a leading hedge fund, started up Canary with his brother, Dev Sanghani, ex-software developer at Pocket Gems and earlier a student at The California Institute of Technology.

Today, the company continues its mission to provide secure, effortless email solutions. Sohel told us that Canary typically attracts two distinct sets of users: the strictly security-minded, and those looking for a feature-rich experience.

In terms of security, users can either set up manual PGP encryption or use Canary’s automatic mode. Manual set up is recommended for those who have experience in encryption key management and seek the highest levels of security.

These types of PGP encryption tools have earned a reputation for iron-clad security — they even caused significant problems for the NSA, as shown in documents leaked by Edward Snowden.

Automatic mode, on the other hand, is best for encryption newbies who will only be exchanging messages with other Canary users.

“People who want the highest level of security can get full PGP support and manage their own encryption keys,” Dev said. “Canary is compatible with any other app, service, or tool in the PGP ecosystem. With the auto mode, we handle all of the key management for the user behind the scenes.”

Those who want superhuman control over their inbox will find lots to love in Canary — even if they don’t plan on using its encryption features on a daily basis. Sohel said some internal and transactional emails don’t demand the highest levels of security.

“We have a second set of customers who are always on the search for something more powerful than Gmail or Apple Mail,” he said. “For that set of users, our feature set is really appealing.”

The software works on your Mac, iPad, iPhone, and Apple Watch.

These features allow users to receive notifications as soon as emails are read, compose email in a stunning new dark mode, save frequently used drafts for reuse with one tap, label users as favorites for easy access, and choose to get notifications for essential emails only.

Users can also pin important emails to the top of the inbox, add custom snooze times, set unique notification sounds, and quickly review all files in a conversation via the Attachments Browser.

“These types of features are commonly available in apps that cost a monthly subscription — maybe $30 a month,” Sohel said. “With us, you’re getting a super-powerful mail client with a familiar and functional interface, as well as all the bells and whistles you like in subscription services, for a simple one-time fee.”

The Peace of Mind of Knowing Your Data is Safe

Sohel warned that lots of free email apps exist out there — and developers give them away for a reason: They serve as a gateway to your private data.

“There are plenty of apps and services that do a good job of offering robust features, but their business model is centered on reading your emails and selling the data to the highest bidder,” he said.

Journalists have recently exposed apps, including Edison, Cleanfox, and Slice for scraping users’ inboxes and using the data to earn a profit. With Canary, however, privacy isn’t for sale.

“Many times, people try out the app just because it’s free,” Sohel said. “Then, they may or may not use the app. Either way, the app has access to the inbox. What they basically do is scan receipts, aggregate that data, sell it to people who may be interested in buying ads. That’s something we really didn’t want to do.”

Sohel told us he’s surprised by how often actions like this get brushed under the carpet.

“Imagine if you were to call a cleaning service for your house, and the person on the other end of the line says they’ll clean your house for free, but in exchange, you have to let them go through everything you’ve purchased in your life,” he said. “You wouldn’t agree to that. Yet online, it’s easy to get people to do.”

With more media coverage on this type of activity and privacy-concerned laws such as the GDPR (to which Canary complies), the public is bound to wake up to such practices soon.

“You have to realize that, if the product is free, that’s because you are the product,” Sohel said.

The latest version of the app, Canary Mail 3.0 Pro, has been designed to take full advantage of macOS Catalina, the current major release of Apple’s desktop operating system.

Canary Mail 3.0 pro is free to try for 30 days, and users who have already paid for a previous version of the app have the option to unlock new features after the trial period for a low upgrade price.

Canary is currently only available for download via the App Store, but the company has plans to expand across multiple platforms in the near future.

“In terms of our road map, we have several exciting things going on,” Sohel said. “For now, I can share that Android is next, with Windows coming in the second half of 2020.”