TL; DR: The team behind Adblock Plus, a free extension for major desktop browsers and mobile devices, is continuing to keep up with global trends in ad blocking nearly a decade after its founding. The company is credited with launching the Acceptable Ads initiative, which is now governed by an independent committee and embraced by the industry at large. With the recent release of Adblock Plus 3.8, which makes it easier for readers to support content creators, the open-source software continues to foster a fair and profitable web.

It only takes a stroll down a city sidewalk to find proof that the mobile industry is booming.

Droves of pedestrians now walk heads down, unaware of their surroundings. The phenomenon has even brought us new slang in the form of “smombie,” a combination of smartphone and zombie used to describe those who wander through the streets focused squarely on their devices. 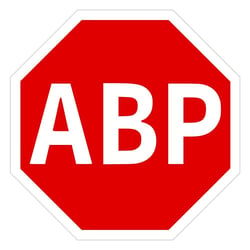 Adblock Plus offers solutions for Android and iOS.

Recent studies underscore the prevalence of this craze — apocalyptic or not. According to data from 2019, the mobile population worldwide amounts to approximately four billion unique users, and mobile internet users contribute more than 52% of online traffic globally.

The trend is also bleeding over into the world of advertising, where 527 million people use mobile browsers that block ads by default, and more than twice as many people block ads on mobile than on desktop.

Kathrin Jennewein, PR Manager at Adblock Plus, has observed similar momentum in the mobile ad-blocking space. “A quarter of our user base is on mobile devices at the moment — and just a year ago, they were almost exclusively on desktop,” she said. “We see possibilities for growth in this market and look forward to future developments.”

Adblock Plus, developed in 2006, currently offers content filtering and ad blocking for Android and iOS devices, as well as its popular solutions for desktop browsers.

In addition to creating the free, open-source extension, Eyeo GmbH, the parent company of Adblock Plus, launched the Acceptable Ads initiative in 2011. The set of standards, which governs respectful, nonintrusive advertising, is now embraced by the industry at large. And, with the recent release of Adblock Plus 3.8, Eyeo is making it easier than ever for readers to support their favorite content creators in creating a fair and profitable web.

Keeping Up with Global Trends in the Ad-Blocking Landscape

As smartphone use has increased, Adblock Plus has made it easier than ever to block ads on a range of mobile devices and operating systems.

Apple’s September 2019 release of iOS 13 introduced a few changes for iPad and iPhone users, bringing desktop-style browsing to the tablet and the option to quickly toggle between mobile and desktop versions on the phone. According to Eyeo, users would see a higher amount of and more intrusive advertising on desktop browsers compared with a mobile browser.

In response, the company released Adblock Plus for Safari on iOS in December 2019. In addition to preventing ads from overruling Apple’s mobile devices, the extension empowers users to watch YouTube videos in Safari without interruptions from pre-roll ads, mid-video ads, or ads at the end of videos.

“No matter what kind of device they prefer, users have the right to decide when and what kind of ads they want to see,” the company stated in a December 16, 2019, press release. “In an online world infested with distractions, targeted advertisements, and malware, we’re here to advocate for user choice and give users autonomy over their internet experience.”

The Adblock Browser blocks ads in websites and videos while preventing tracking and improving security.

Eyeo continued to keep up with the shift toward mobile with its February 2020 release of the Adblock Browser 2.0 for Android.

The company designed this version to be faster than ever, improve security, and protect users from tracking. In addition to blocking ads on all websites, the browser’s YouTube modus automatically opens all YouTube links, blocking annoying ads throughout videos.

Ultimately, the browser is designed to provide peace of mind via a clean, customizable mobile experience.

Continuing to Back the Acceptable Ads Initiative and Committee

Kathrin told us that when Adblock Plus Founder Wladimir Palan first started building the desktop extension in 2006, he already had the idea for the Acceptable Ads initiative in mind.

“He foresaw that it would be difficult to please both users who want a good web experience and content creators — and especially small content creators — who are dependent on advertising and can’t necessarily monetize their content otherwise,” she said.

By 2011, Eyeo launched the initiative to create a set of defined standards. In general, the team determined that acceptable ads are respectful, don’t interfere with content, are clearly labeled with the word advertisement, and aren’t intrusive or annoying.

The Acceptable Ads Committee determines standards for Adblock Plus and other groups.

In 2017, Eyeo and Adblock Plus transferred control of the Acceptable Ads initiative to the Acceptable Ads Committee, an independent group of internet users, industry experts, and for-profit companies. The committee has since determined specific criteria for text, image, in-feed, search, and mobile ads, plus ads on pages with no primary content. Kathrin said these standards evolve based on research and user feedback.

“One of our missions was to have the Acceptable Ads standard adopted by other groups and ad blockers, and today, that is the case,” Kathrin said. “It’s not just an Eyeo thing. A lot of other ad-blocker providers have implemented it, and the community continues to grow, which is awesome.”

Of course, users who wish to block all ads — even those deemed acceptable — may do so within Adblock Plus at any time. The software also allows users to leverage filter lists to block specific unwanted elements, such as ads or tracking, as little or as much as desired.

New: Adblock Plus 3.8 Makes it Easy to Support Content Creators

Eyeo recently released the newest version of its flagship software: Adblock Plus 3.8 for Chrome, Firefox, and Microsoft Edge. As always, the open-source technology will empower users to block intrusive ads, disable tracking, and filter out domains known to spread malware.

But this edition will also allow users who do not use the Acceptable Ads feature to support their favorite content creators without turning off Adblock Plus altogether. Using a new toggle feature, users can easily turn ad blocking on and off for webpages users want to support.

Before Adblock Plus 3.8, users only had the option to whitelist entire websites, not individual pages. The feature is also useful for verifying whether the technology is causing issues on specific sites, which can then be reported to Adblock Plus using the Issue Reporter.

“We’ve made it easier to report all types of issues to our support team,” the company stated in a press release. “Until now, the Issue Reporter only handled issues related to Adblock Plus blocking too much or too little. Now, if a user experiences an issue that isn’t related to blocking ads, they can click the new link and message our support team directly.”

Coming Up Next: Developments via Machine Learning

Eyeo’s main goal with all Adblock Plus products is to protect users from intrusive ads without disrupting the predominant funding model for online content. Kathrin said she’s already noticed a shift occurring on the internet in terms the ads publishers put out.

As for upcoming developments, Kathrin said Adblock Plus is working on integrating machine learning technology into its solutions — an effort that she said is momentarily under wraps but has great potential.

“At the end of the day, we are working to change the industry, to create a better internet,” she said.