TL; DR: When Software Engineer Michael Tretyakov founded Actual Tools in 2001, his aim was to help Windows users increase productivity by enhancing their work environments. And the mission was a complete success. Today, Actual Tools offers an array of solutions, including multiple monitor, window, and virtual desktop managers, that streamline operations for IT professionals. Inspired by customer feedback, these products make it easier to navigate and manage applications within Windows and empower users to get the most out of their desktops.

With the highly anticipated launch of Windows 10 in 2015, users were excited to see an extensive collection of new additions, as well as advancements over the less-popular features of Windows 8 and 8.1. After the rather mixed reception by Vista, it became clear that familiarity and ease of use were among the top concerns of end users. But, by taking the best features of Windows 7 and the mobile capabilities of Windows 8, Windows 10 was still considered a vast improvement.

While every version of Windows has added new features, power users have noticed a few that seem to consistently slip through the cracks. IT professionals often run numerous programs simultaneously, making it easy to lose track of a window among dozens of open frames. Unfortunately, even Windows 10 doesn’t allow users to designate a window on which they’re actively working to always-on-top status. Such a feature would streamline workflows and optimize desktop work environments. And, as a result, many professionals are turning to the Windows enhancement solutions provided by Actual Tools that allow for this and many other functionalities.

Actual Tools delivers a range of solutions developed to streamline workflows and increase efficiency in Windows.

“Every employee that uses their PC professionally can benefit from our solutions,” said Jennifer May, Actual Tools Spokesperson. “They’re our target audience!”

Actual Tools delivers a range of features, including multiple monitor, window, and virtual desktop managers, that go well beyond what Windows users get out of the box with the OS. The idea is to empower Windows users to increase productivity and efficiency and help them get the most out of their desktops.

Professionals from practically any niche can benefit from Actual Tools. Since Windows is such a highly favored OS, many people are willing to stick with it despite its shortcomings.

Fortunately, the high compatibility of Windows means that third-party solutions like Actual Tools are an easy fix. In an era where a large portion of work is done on computers — especially in those increasingly popular self-employment circles — Actual Tools increases productivity in every industry that uses Windows. 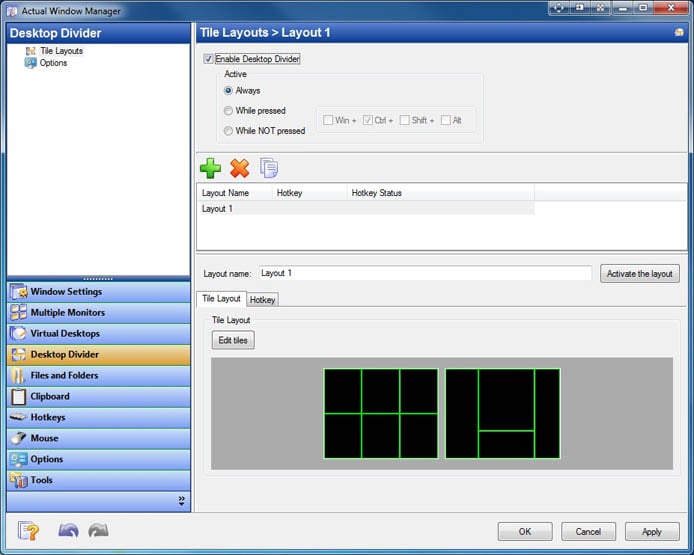 “We have useful features not only for IT workers, but also for designers, accountants, lawyers, teachers, client managers, CAD engineers, and so on,” Jennifer said.

Given its 15-plus years in business, Actual Tools has added many new features to its repertoire. With its business model built upon addressing unfulfilled needs, Actual Tools is a people-centric developer on a mission to make the Windows platform more conducive to productivity.

“First and most importantly, our software solves the real problems and, therefore, gives real help to real people,” Jennifer said.

Users collaborate and provide feedback on the Actual Tools forum so they can get the most out of their desktops.

The inspiration behind Actual Tools’s current portfolio — as well as its general desire to innovate — is almost exclusively user-driven. A large portion of the company’s website contains a forum dedicated to customer feedback, beta testing, announcements, and support.

“We constantly monitor customer feedback and try to deliver the most wanted features that cover oversights in the Windows user interface,” Jennifer said.

Streamlining Workflows with a Comprehensive Suite of Tools

With an impressive range of functions, Actual Tools is much more than a simple enhancement of the Windows OS — it’s a business asset that helps optimize workflows. The company’s impressive collection includes award-winning software for managing multiple windows, desktops, and monitors, as well as streamlining navigation in numerous ways.

For example, Actual File Folders adds two extra buttons to widely used file-related windows, such as Open/Save As dialog boxes and File Explorer windows, allowing for quick access to unified lists of Favorite and Recent folders in any program with just two clicks. Similarly, Actual Title Buttons allows for one-click execution of actions such as Stay Always-on-Top and Make Transparent.

Aside from navigation, a number of Actual Tools products make minimizing and maximizing applications smarter. For example, Window Rollup offers a more intuitive alternative to minimizing a window to the taskbar, letting the user quickly recall the window with a simple click or keystroke.

For stubborn programs that insist upon running exclusively in full screen, Actual Window Minimizer can minimize any application to the system tray. Meanwhile, Actual Window Guard can minimize selected programs on startup, auto-close pop-ups, remember the size and positioning of windows, and even prevent the accidental closure of important windows.

The most popular Actual Tools offerings are those involved in managing the operating environment and leveraging the full potential of its hardware. With Actual Virtual Desktops, users can create numerous virtual desktops with easy hotkey access and custom wallpapers. As for navigating between multiple windows within a single desktop environment, Actual Window Manager contains several features for automatic manipulation — including setting default startup positions and process priorities.

Another top seller, Actual Multiple Monitors, fills in the gaps of the multi-monitor Windows interface by adding the taskbar, start menu, system tray, and task switcher to each display. Jennifer told us the product is frequently updated.

“Right now, our developers are preparing a great new feature for multi-monitor users,” she said.

Up Next: New Features for Multi-Monitor Users

For large offices, a common productivity solution involves the use of multiple monitors, each with a different workspace in which to move. By using Actual Multiple Monitors, managing and navigating such a workspace becomes simple. Window Manager and Multiple Monitors are two of the company’s biggest hits, and feature suggestions that lead to revisions are quite common. The latest buzz involves the development of an automated audio-device switcher for users running multiple applications across multiple monitors.

These binding capabilities allow users to integrate numerous devices into a single workspace while maintaining the ability to easily separate them when necessary.

Actual Tools was founded in 2001 by developer Michael Tretyakov to help both home and business users work more efficiently. In the 15 years since, its innovative collection has won numerous awards from publications such as MakeUseOf, Software Informer, and Shareware Connection. In 2010, PC Magazine named Actual Multiple Monitors as one of its Best of Software winners. In addition, Actual Tools has received a flood of positive reviews and customer success stories. And some of the most respected enterprises in the world are turning to Actual Tools to streamline operations, proving the company is realizing its mission to enhance the Windows user experience.